Blood Bowl 2, the sequel to the violent football strategy game from 2009, is in development at Cyanide Studio on Windows PC, publisher Focus Home Interactive announced today.

The companies released the original Blood Bowl on PC in June 2009 as a turn-based strategy game based on the sport of football, but with the Warhammer Fantasy setting from Games Workshop's Warhammer universe. It was also released on Xbox 360, PlayStation Portable and Nintendo DS later that year. Blood Bowl is based on Games Workshop's board game of the same name; the first video game based on the tabletop game was released in 1995.

According to Focus Home Interactive, Cyanide Studio has been secretly working on Blood Bowl 2 for the past year. The publisher released a teaser trailer today that you can watch above; it heralds the return of Jim Johnson the Vampire and Bob Bifford the Ogre, the commentators from the 2009 Blood Bowl.

The sequel won't just feature audio commentary from the duo — the game will show them in their Cabalvision booth, as the whole game features the wrapper of the fictional television network. Johnson and Bifford will interview players in the campaign mode and comment on their decisions.

Focus Home Interactive did not announce a release window for Blood Bowl 2. You can check out a screenshot of the commentators below. 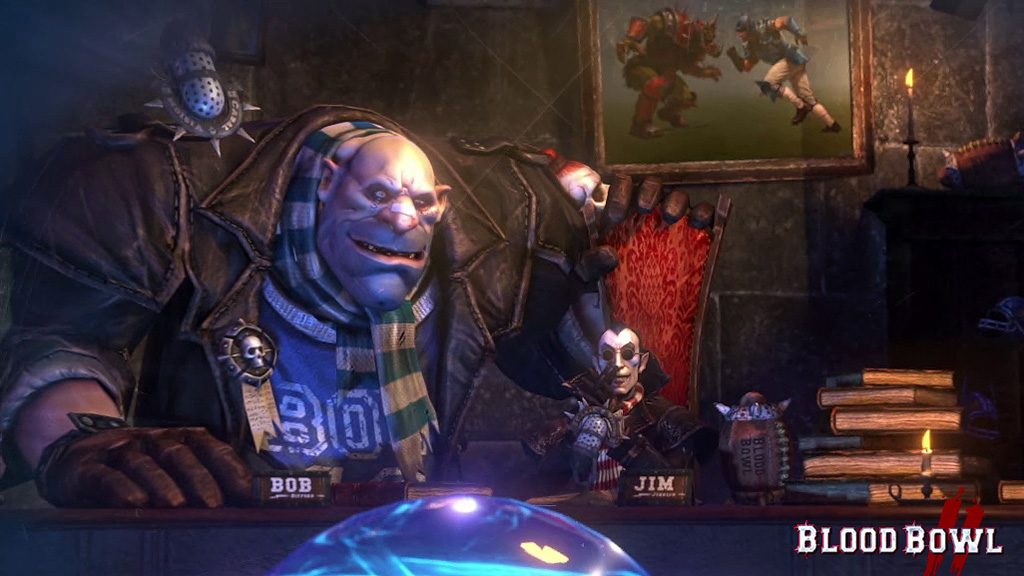