A new museum exhibit featuring a trove of design documents is set to reveal insights into breakout arcade hits of the mid-1980s like Gauntlet, and the intense challenges faced by Atari and other big games outfits of that time.

Atari By Design opens at the National Museum of Play in Rochester, N.Y. on June 22. It will display a selection of 250 concept drawings and industrial design documents for Atari arcade games produced between 1974 and 1989.

The drawings offer a glimpse of the challenges facing arcade game makers and cabinet designers through this period. Few are as illuminating as the story of Gauntlet, a four-player role-playing, top-down dungeon-crawl, and an early attempt to create a multi-player cooperative game in arcades. 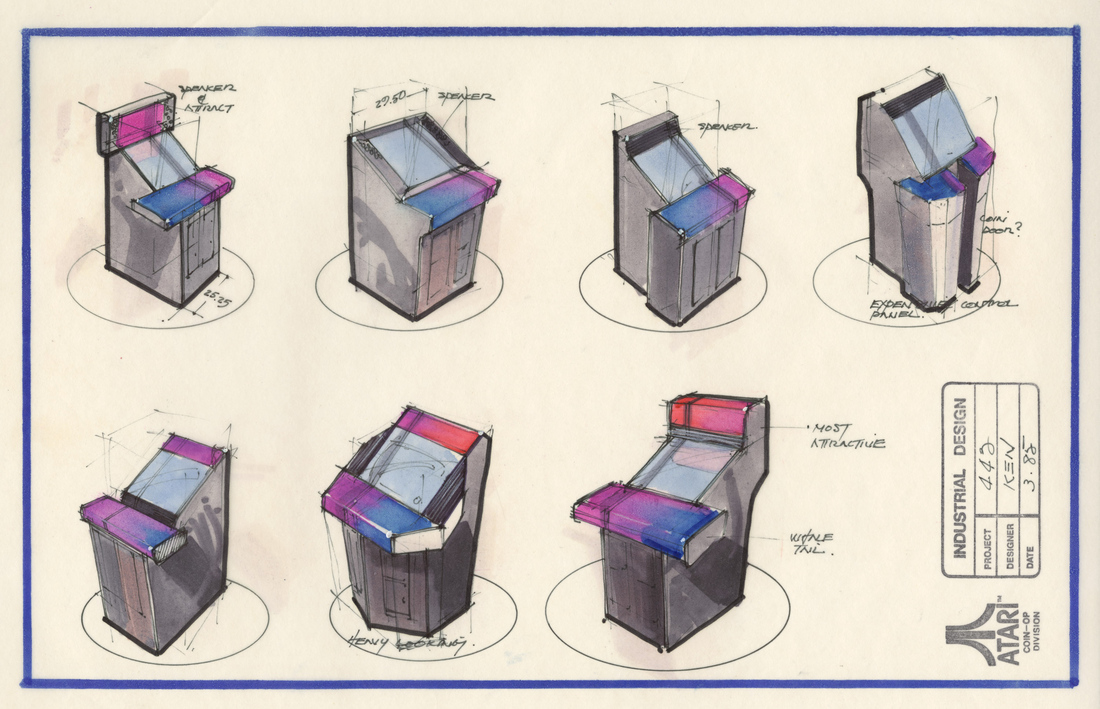 Jeremy Saucier, assistant director of the International Center for the History of Electronic Games, which is producing the exhibit, told Polygon that Gauntlet faced serious design and conceptual problems. He said, "Gauntlet came into an industry that was dominated by player-versus machine experiences like Space Invaders. There was some two-player but the standard was one person playing for 25 cents per game."

Leading arcade companies like Atari were investing in more sophisticated and expensive machines, but research convinced them that consumers would not pay more than a quarter to play. The solution was to create games in which more players played and paid together.

"Gauntlet was the answer," said Saucier. "You had four people playing at once, which was a dollar for a couple of minutes instead of 25 cents." 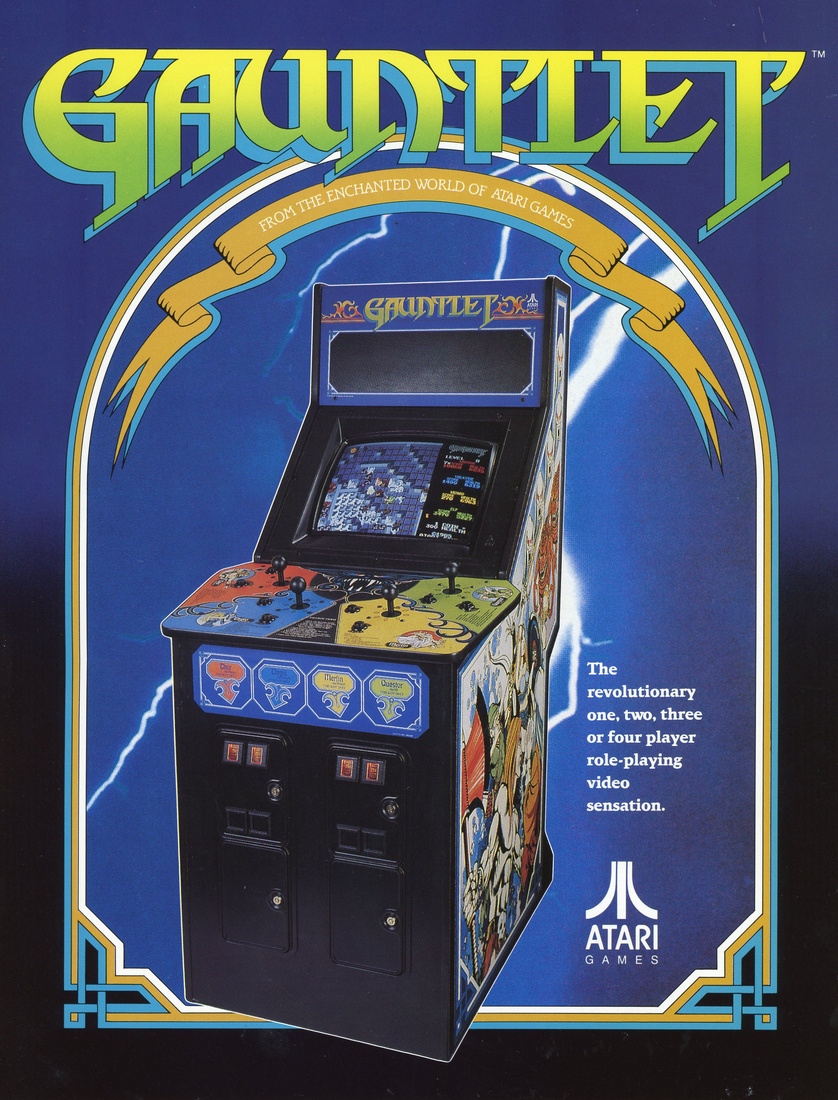 Gauntlet came with significant challenges. When Ed Logg, who had previously created Centipede and Asteroids, presented the game to Atari, the reception was muted. "The marketing department said that would never work," explained Saucier. "They questioned whether you would get four people, who did not know each other, to play together. But when Atari put this game out to test, it performed very well. It proved that people who did not know each other would play together."

Gary Whitta, a writer for The Walking Dead game and former editor-in-chief of PC Gamer, recalls Gauntlet as one of the best games of his youth.

He said, "My first encounter with Gauntlet is one of my most vivid and favorite memories from playing games as a kid. The machine catches your eye immediately because it's so big. I'd only seen standard machines and so I was, ‘what the hell is that and why does it have four joysticks on it?'

"People didn't know what to make of it. When me and a group of other lads started playing it, the instinct was to start attacking each other. We couldn't understand why we weren't killing each other. But once we got the hang of it we clicked and the genius of the game became apparent. The idea of co-operative play was new then. You can trace a lot of the big swing we are seeing now towards co-operative play, back to Gauntlet." 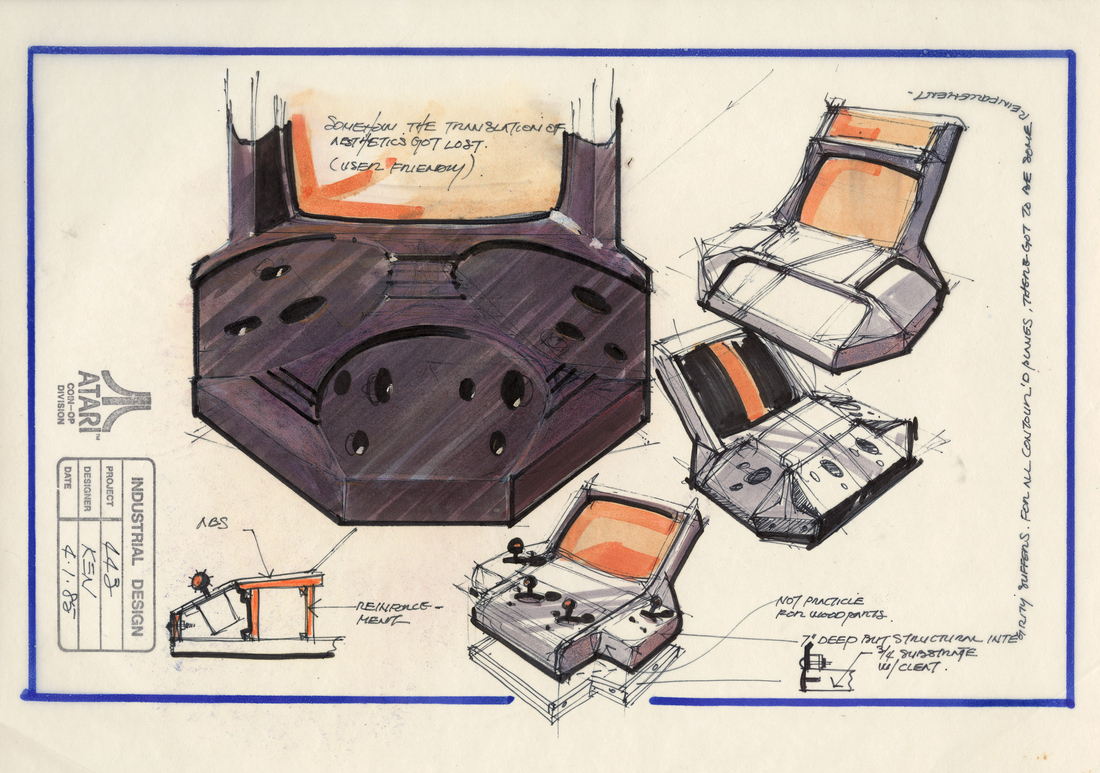 Following an examination of the papers, Saucier said it's clear that the game's four-player mode posed problems for the cabinet-designers.

"When you look at some of the documents, you'll see problems like how you get four people together at a machine and actually be able to see everything. Problems like shades and glare, angles of view. You are dealing with design issues where if you fix one thing it creates another problem. This collection illustrates how much went into these designs and how creative this process really was at that time."

No-one had attempted to get four people around one cabinet

Mike Mika is head of development at game developer Other Ocean, and an avid collector of games arcades. He said, "The control panel was unlike anything else. No-one had attempted to get four people around one cabinet. They had other challenges, like just keeping it at a size that could get through a standard doorway, and allow everyone to play comfortably.

"Two people were actually at the side of the cabinet, and that gave the machine space, so it stood on its own away from the other machines in arcades. That was genius."

Saucier said that the documents had been bought from a collector, who had owned the papers for many years and kept them in good condition. He explained, "The collector had basically saved these things from being thrown away. He rescued them from being destroyed. You don't get to see a lot of these things."