What would happen if John McClane died in the middle of Die Hard? And then became a ghostly spirit of vengeance? How would he continue to fight? How could he stop Hans Gruber and his team of terrorists from blowing up Nakatomi Plaza as a disembodied phantom?

Shiokawa envisioned that McClane would continue to fight his enemies, to behave as he would if he were still alive, according to Airtight Games senior producer Eric Studer. He says the game's creative director is working with the studio and its team of in-house writers and artists on a closely collaborative, day-to-day basis.

That concept of a dead hero continuing to fight and a mechanic that allows players to move through walls as a ghost are the "kernel" of Murdered: Soul Suspect, says the game's developer.

In a hands-off demonstration of Murdered: Soul Suspect, Airtight Games walked us through the opening moments of this murder mystery, when protagonist Ronan O'Connor, a Salem, Mass. detective is killed by a masked, hooded man. 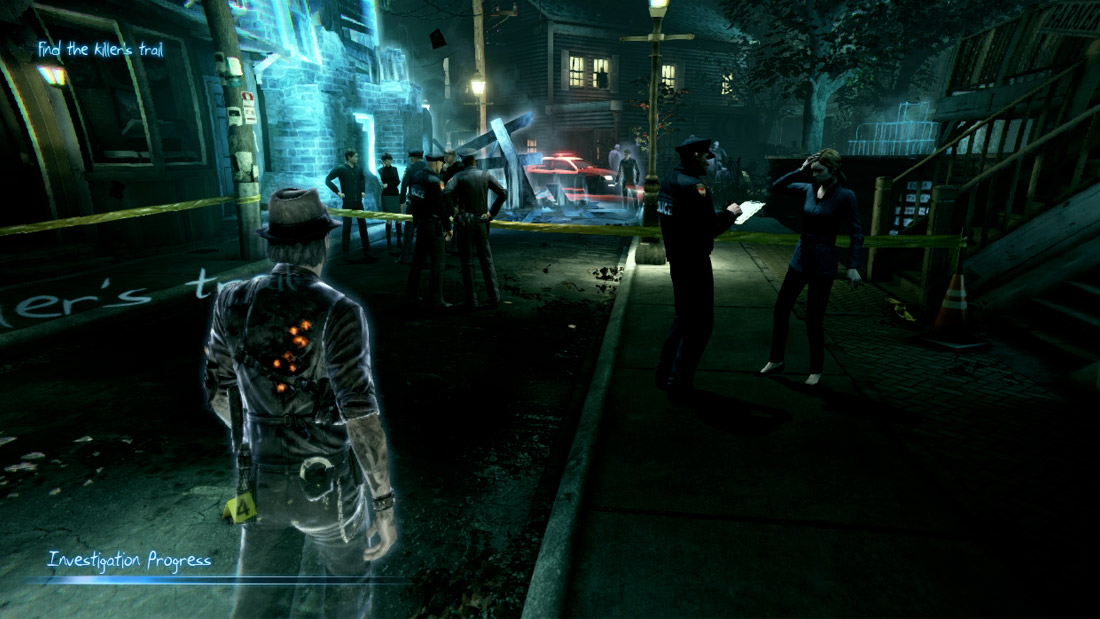 After being thrown through the window of a house, O'Connor killer finishes the job. It's a gruesome death. Seven shots ring out, blasting through Ronan's corpse.

O'Connor witnesses his own death and the killer's violent mutilation of his body. As he looks on, now a translucent spirit, the gunshot wounds ripping through his body are reflected in his spirit form. Gaping entrance and exit wounds irradiating an orange light scar his ghostly body. After this shocking moment, when O'Connor comes to grips with what's just happened, players are tasked with solving their own murder; no mean feat when completely incorporeal.

As a spirit, O'Connor's abilities are limited. He can possess the bodies of other humans, but his control over the living is restricted to mostly passively listening through their ears and seeing through their eyes. As O'Connor surveyed the scene of his own murder, he could look at the notebook of a fellow detective through his eyes or inhabit the body of a witness to learn more about what she saw, then nudge the retelling of her shaken eyewitness testimony toward the truth. O'Connor can also eavesdrop on conversations between fellow officers, piecing together the mystery of his shooting.

Discovering clues and connecting the threads of O'Connor's murder appears to be the core of Murdered: Soul Suspect's gameplay. As O'Connor surveys a crime scene or a piece of evidence, he'll stitch together key facts, represented as a cloud of words on screen until he's reached a particular theory about what, when and how some part of the crime happened.

In one scene, O'Connor investigated the house in which he was killed, searching for evidence: a murder weapon, a shattered window, the shadow of the killer, cryptic clues left behind by other ghosts stuck in the limbo world called the "Dusk." Using various clues, he pieced together a timeline of the crime, which then replayed out as a memory for the player to watch. 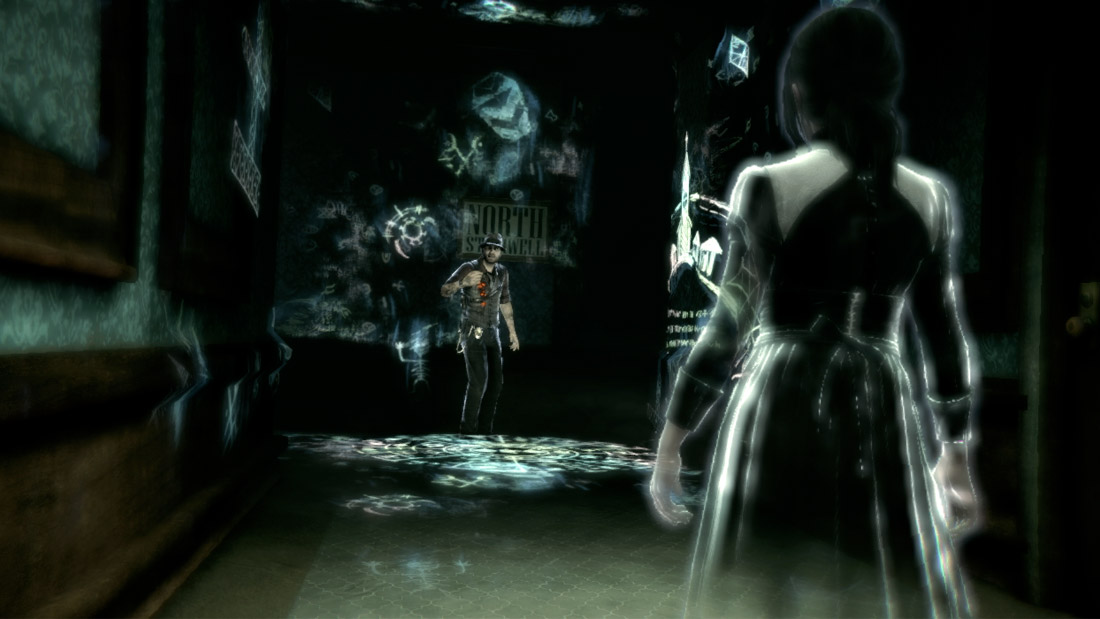 Murdered mixes in moments of combat as O'Connor moves through the town of Salem. In the house in which he was killed, he encountered both friendly and threatening ghosts. As a spirit himself, O'Connor can move through the interior walls of a building — though ghosts in Murdered are not allowed to pass through the exterior walls of buildings, per some magical explanation. Passing through interior walls makes hiding from evil spirits easier, but O'Connor will sometimes have to confront and battle those demons. In the demo we saw, O'Connor could easily dispatch an enemy spirit if he simply assaulted them from behind with a one-hit, one-kill attack. He can also "ride" through the bodies of the living, possessing them to hide within their living forms then leaping out and attacking enemy spirits when their backs are turned.

Murdered: Soul Suspect looks like an intriguing balance of mystery-driven adventure combined with a unique stealth and combat mechanic, one that gives players freedom to explore a living world in a fresh way as they piece together the puzzle of their own death. It was one of the most surprising and unique-looking games of Square Enix's pre-E3 showcase, even if it shares certain qualities with mystery-driven adventure games like L.A. Noire and Heavy Rain.

The Lord of the Rings: The Rings of Power’s new teaser shows more of Middle-earth

The Matrix Awakens is being delisted on July 9, download it now