The bizarre nature of Zeno Clash 2's reality is insidious.

My first glance at Zeno Clash 2 was off-putting. Chilean developer ACE Team has once again crafted a grotesque world full of animal/human/robot/statue hybrids that seem custom-built to cause discomfort. But as I played, the aesthetic gelled. There's a design consistency to the world of Zenozoik that eventually makes it welcoming even amidst its oddities.

That welcome consistency is nowhere to be found in Zeno Clash 2's actual gameplay. The strange variety that makes exploring the world of Zenozoik such a fascinating experience is completely absent in the plodding first-person brawling that bogs down the game. 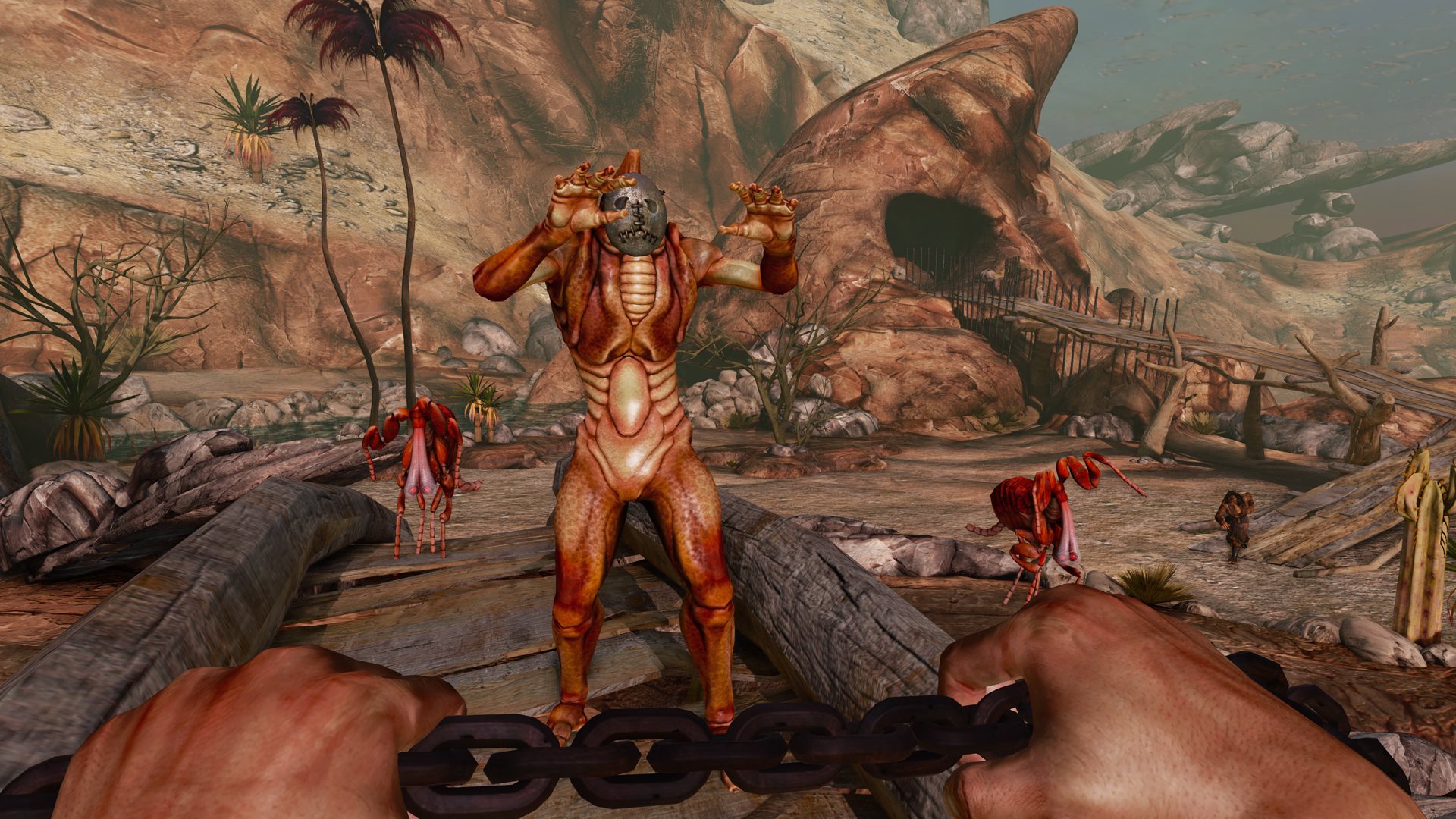 Zeno Clash 2's story is ... complicated, following the adventures of Zeno Clash (the first) protagonist Ghat as well as newcomer Rimat. Having defeated and discovered the truth about their clan leader, the enigmatic FatherMother, the duo finds themselves set against a new enemy known as the Golem, who has taken control over Zenozoik.

The hidden logic behind how the world of Zenozoik operates is revealed in tiny, masterful pieces. Rimat and Ghat engage in fisticuffs with several different clans, each with a unique visual style and intriguing backstory. Each miniature revelation hooked me deeper into Zeno Clash 2's world, expanding both its physical borders and my understanding — and it all built to a satisfying payoff far better than the first game. But the vehicles through which you explore this twisted landscape aren't nearly as interesting.

Ghat and Rimat are boring, one-dimensional characters without any believable motivation for taking part in Zeno Clash 2's endless string of fights. The poor characterization is made worse by embarrassingly bad acting — especially for Rimat, whose voice actress sounds like she's doing a first reading of the script. The minimal attempts at human drama fall flat entirely, leaving the world-building to carry the game to its conclusion. 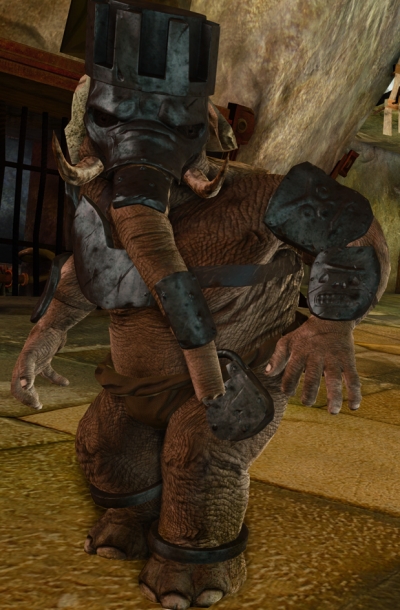 Zeno Clash 2's main appeal is tourism. ACE Team has cut the linear level design of the first Zeno Clash in favor of open travel across a series of connected zones. From the lush flora of the Corwid Woods to the desolate cliffs of the Pink Tower, Zenozoik's locales offer a variety that spans a full spectrum without clashing with each other. The levels themselves often stick to narrow paths, but there's enough virtual mileage and sidequests to keep explorers busy for some time.

Zeno Clash 2's best moments are in the quiet spaces between fights. Late game areas especially do a great a job of building atmosphere and offering simple but fun environmental puzzles to solve. Progress is often barred by mechanisms that can only be unlocked with strange tools discovered on your journey, such as a wristband that harnesses the power of the sun or moon to rain down lasers. The structure is classic — find this item to solve this puzzle — but the strange ingenuity of the items you're finding lends it a unique feel.

Careful exploration isn't just a suggestion, either. Zeno Clash 2 features an upgrade system where you can put points into a number of different stats — health, attack power, etc. But you gain these upgrade points by finding totems that are tucked into corners and cubbyholes across each level. While this unusual upgrade system further encourages taking in every inch of Zeno Clash 2's geography, it also makes each fight a waste of time and resources. As I uncovered new powers, I wanted to return to zones to continue mapping everything out, but my ambition was hamstrung by the prospect of more battles against respawned enemies who offered no rewards for their defeat.

Just as the otherwise intriguing plot traps you with boring protagonists, the act of exploring Zeno Clash 2's world is dragged down by sluggish fights. The game's melee-centric combat system involves stringing together combos, charging up for huge hits, dodging blows from enemies and counterattacking, all from a first-person perspective. First-person punching in the first game wasn't smooth, exactly, but it felt fresh. That sheen has worn off for Zeno Clash 2. Combat is tiresome, and every movement seems to last forever. It's made worse by the sheer number of opponents the game throws at you.

Encounters are clearly designed for Zeno Clash 2's newly added co-op, which means they drag on even more if you're playing solo. You have the option to call in AI-controlled partners, but they don't last long and often get in the way as much as they help. None of the lop-sided fights are challenging — they're monotonous. When I tried online co-op, the results were even worse. Online, Zeno Clash 2 is beset by constant lag, including a measurable gap between pressing a button and my character's onscreen response. Most of the game's scenarios are designed around a feature that barely functions. 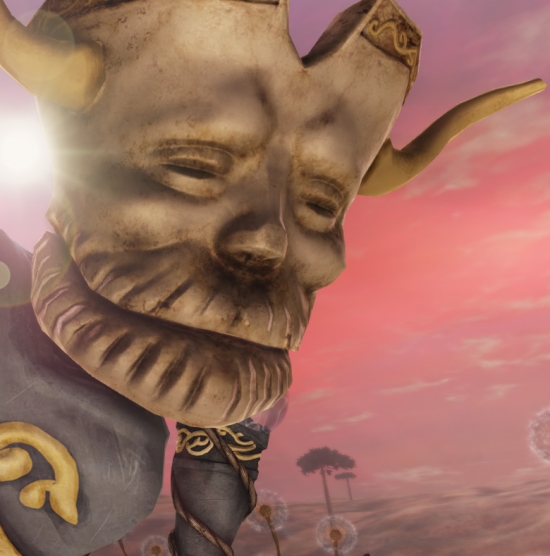 Near the end of the game, one of Zeno Clash 2's characters comments on a broken clock: "This thing hasn't given the right time in centuries, but I like how it has its own rhythm." I couldn't put it any better. Zeno Clash 2 is frustrating in its failure to capitalize on its own potential. It crafts a wonderful, weird, engaging world but wastes most of your time in it.