Share All sharing options for: Company of Heroes 2 review: chain of command

Review and information for Company of Heroes 2

Company of Heroes 2 has been almost as long in coming as the new console generation.

Almost seven years ago, developer Relic created a different kind of real-time strategy title with the original Company of Heroes. In eschewing masses of single soldiers with the idea of combat units that needed to be managed — even told to retreat in the face of unwinnable scenarios — Relic made a game that emphasized thought and actual tactics. This emphasis contrasted its game with the larger-scale strategy of masses that defines games like StarCraft.

Now, years later, Company of Heroes 2 has more of the same tactically minded but accessible real-time strategy gameplay that made the original game different and great. But a failure to follow through and embrace the physics and design elements that would otherwise push the series forward makes Company of Heroes 2 a little too familiar.

Set on the Eastern Front of World War II, Company of Heroes 2 loosely relates the story of a commander turned reporter as he recounts his experiences fighting the German army — and surviving the Soviet commanders. Thematically, the morality of Company of Heroes 2's engagements is murkier than that of most other strategy titles. Relic places an often heavy hand on the wheel, depicting an army terrified of the enemy and its leaders.

This battlefield nihilism would be more effective, save that it never really stops. Eventually, Company of Heroes 2 devolves into a forced march through mission after mission where it's difficult to find a greater motivation and investment in things beyond "win." And it doesn't help that Relic teases real innovation in the tactics and gameplay possibilities early on, only to draw them back with little fanfare.

At a basic mechanical level, Company of Heroes 2 is very similar to the last game. It's a real-time strategy title that follows a "less is more" ideology. In the campaign, there isn't much focus on bases and unit production — in fact, many missions start you with most of the units you'll need to complete your often multi-tiered objectives. Instead, positioning and micromanagement of unit abilities takes precedence. Anti-tank emplacements and machine gun squads have specific, limited fields of fire; tanks and vehicles are often most vulnerable from the sides or rear. 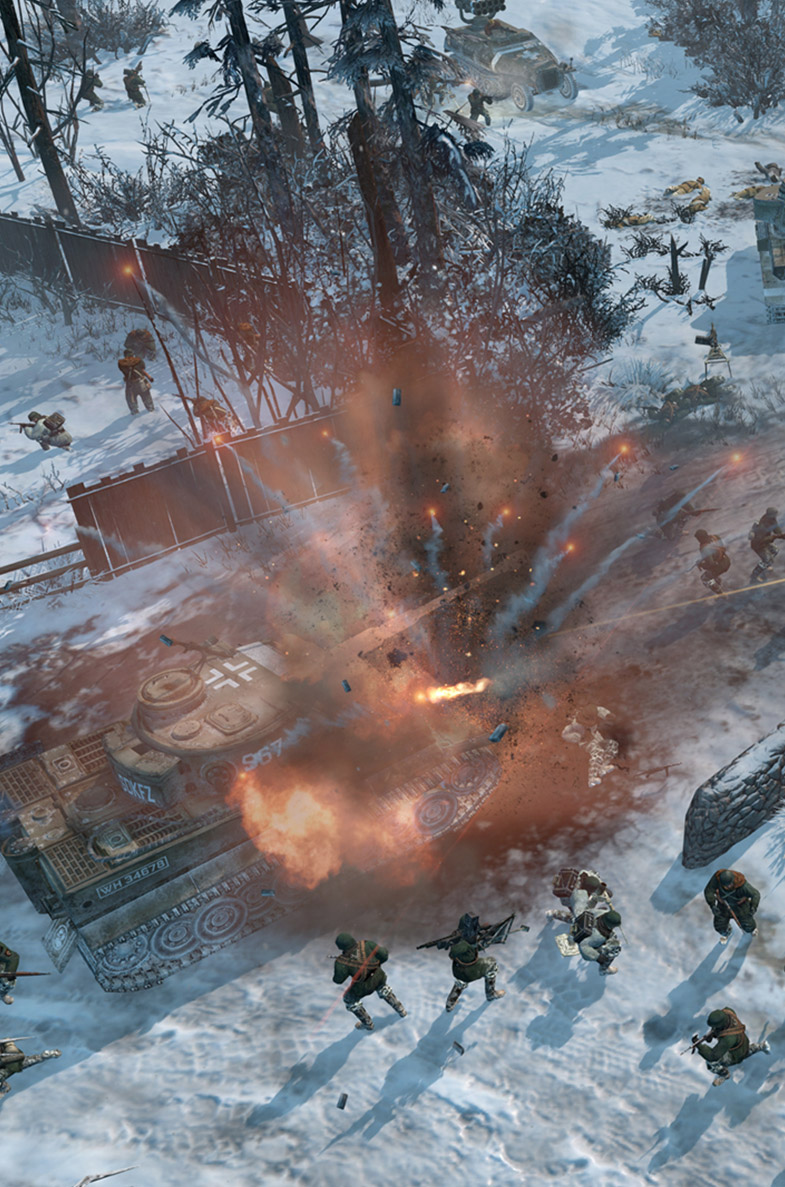 Company of Heroes 2 also continues, and even expands on, the importance of infantry and the cover system that can mean the difference between a successful attack or a failed one. More than most other strategy titles, Company of Heroes 2 depends on a geographic situational awareness. You'll need to know what kind of pieces of each war-torn environment will serve to shield your forces, and destroying cover with armored infantry and ordinance is a viable, valuable tactic.

Relic has made the most additions to Company of Heroes 2 in this regard. It's made the environment even more of a weapon and an enemy. Units' lines of sight are now blocked realistically by objects that would occlude their view, allowing for games of cat and mouse between enemy armor and infantry, for example. But this emphasis on environment is even more apparent in the icy potential death of the Russian winter.

Environments are even more of a weapon and an enemy

The middle third of Company of Heroes 2's campaign is practically defined by that winter, which teases major gameplay implications. Infantry units are vulnerable to a slow death by exposure during blizzard conditions, which forces you to find areas of warmth, such as buildings or certain vehicles, or use engineers to build fires that your troops can huddle around for a temporary reprieve. Frozen bodies of water also offer new tactical considerations. Ice can be destroyed by weapons fire, explosions and even the weight of heavier vehicles, which can be the only means of eliminating the more intimidating German tanks when other anti-vehicle options are in short supply. These additions are impressive in how organic they feel — but they're disappointing in how little they matter.

There are moments in Company of Heroes 2's campaign that make deliberate use of these mechanics, and the tease presented there is tantalizing, but as quickly as Company of Heroes 2 introduces major gameplay systems, they feel forgotten. There's a sense of novelty and iteration that helps to keep the single-player interesting enough to play through despite missions that often overstay their welcome. But very little of that carries over to the competitive multiplayer that defines the game.

Yes, blizzards and frozen lakes and occlusion are present in Company of Heroes 2's multiplayer maps, but their ultimate impact on general play felt limited. While players will likely develop new strategies to exploit the various balance decisions in Company of Heroes 2, so far, little of it has to do with the cold.

Despite the seemingly cosmetic nature of Company of Heroes 2's most conspicuous additions, there remains a deep, fun strategy game here that plays like little else. Unlike the campaign and objective-based scenarios on offer offline, base building and unit production do come into play in competitive multiplayer. Capturing and holding resource points yields munitions, fuel and manpower that can be used to build your army and call in specific abilities like airstrikes or special infantry or armor.

While it's possible to win a match via destruction of your opponents' bases, Company of Heroes 2 primarily hinges on objective-based play. Each side starts with 500 points, and the only way to reduce the other side's point total is to capture and hold more command points on the map than they do. This leads to matches where the advantage can swing back and forth wildly amid bold action on either side, and where costly mistakes don't always mean defeat, especially in team-based play. It keeps multiplayer games consistently compelling, even when they end in defeat.

The problem? It can all be impenetrable if your only source of in-game education is, well, Company of Heroes 2 itself. 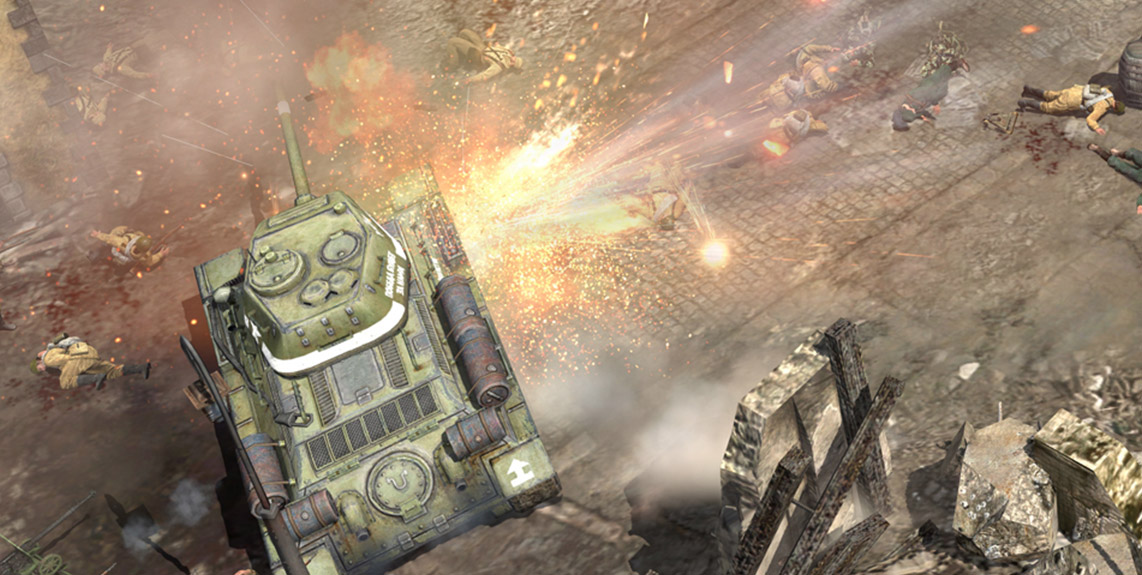 The most vital part of successful Company of Heroes 2 online play — even more important than the cover system and as important as unit positioning — is the build order, which, you know, is the order in which you build things. While some strategic errors are easily forgiven, building a couple of things too early or too late is more than enough to screw you for the duration of a match. 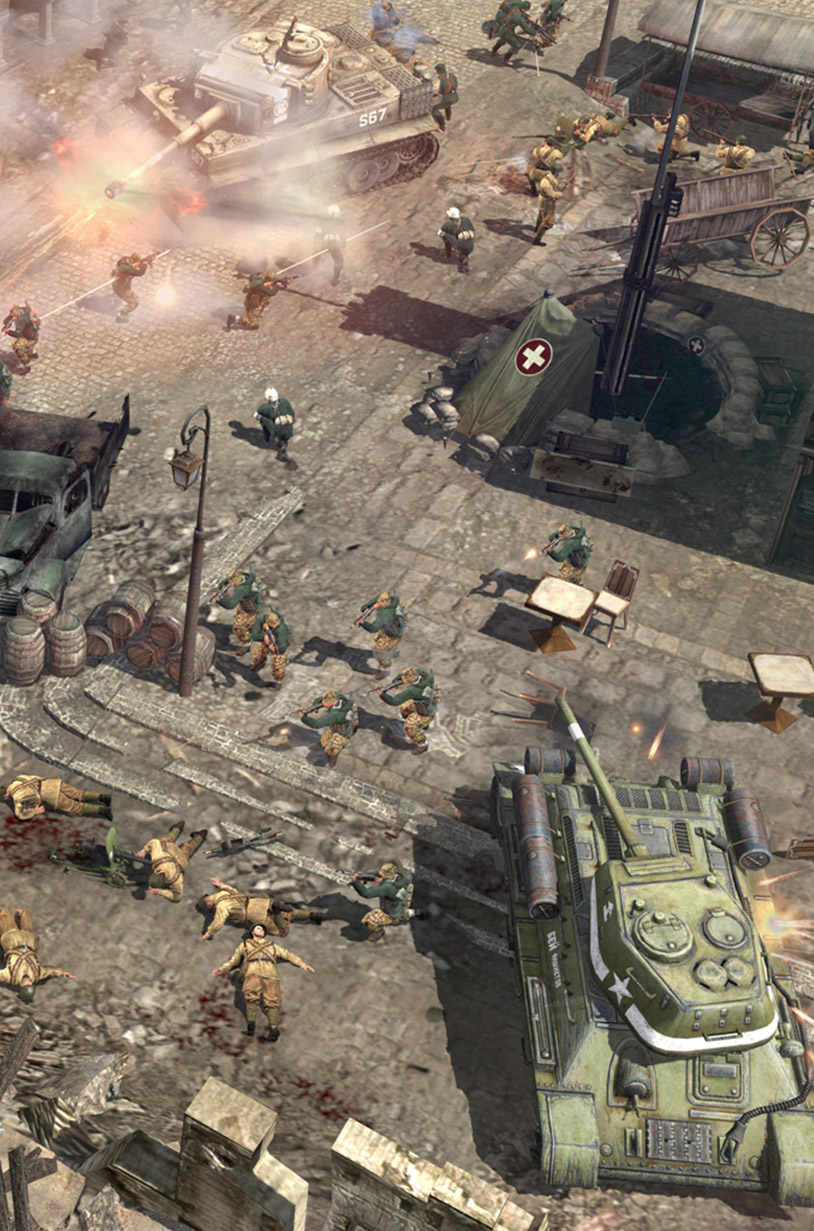 Infuriatingly, Company of Heroes 2 does absolutely nothing to teach viable builds in any way at all. Not only does the campaign's emphasis on pre-determined armies and reinforcements eschew most building entirely, but the build order and requirements for units are often different than they are online. Even the AI-driven skirmishes were difficult to beat until I searched online for effective build strategies.

There are resources out there, and there's a community building a repository of effective tips and strategies that new players can find and use to gain some footing in multiplayer, but there's nothing in the game itself to direct players appropriately. As someone interested in Company of Heroes' online play but not as educated as I'd like to be, it was frustrating to wade through message boards and forums to uncover the barest essential strategy to keep up online. After something approaching 20 hours of campaign play that at least superficially resembles multiplayer, I felt like I had as much to unlearn as I did to learn.

Company of Heroes 2 was reviewed using an early Steam key provided by Sega, as well as a retail copy purchased by the reviewer. You can find additional information about Polygon's ethics policy here.

Our review of Company of Heroes 2 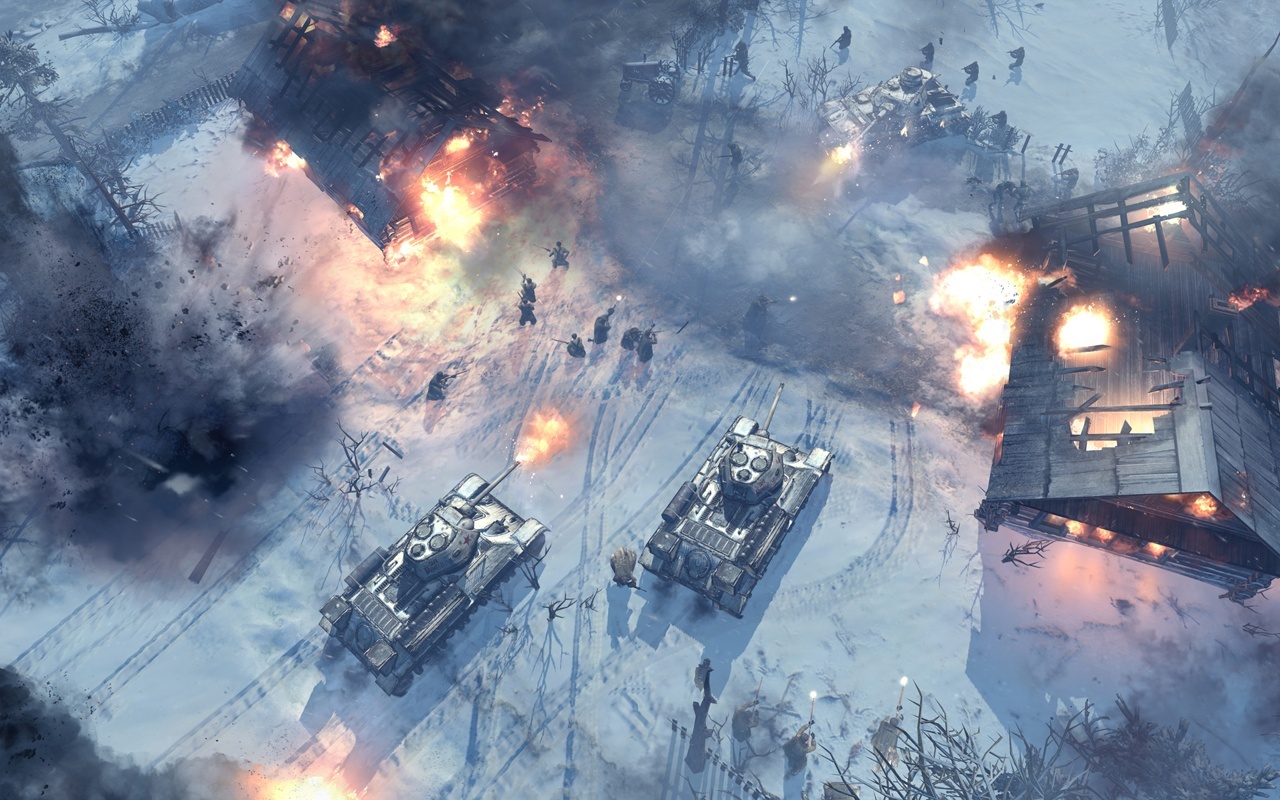