Pre-order bonuses for Guerrilla Games' PS4 first-person shooter Killzone: Shadow Fall include a set of skins for your Owl drown, a celebratory multiplayer move and the game's official soundtrack, according to a post on the PlayStation Blog.

Players' personal Owl drones, which the developer detailed last month, will get three skins with pre-orders. The multiplayer "Spotlight Move" will allow players to "Celebrate your triumphs over enemy players in multiplayer mode in a new and unique," and the soundtrack will be bundled with the game, according to producer Poria Torkan's post.

You can check out a poster created to explain the pre-order bonuses below and gameplay from Killzone: Shadow Fall's E3 2013 demo above. Yesterday, the developer announced that the voice cast would include veterans of Homeland and True Blood. 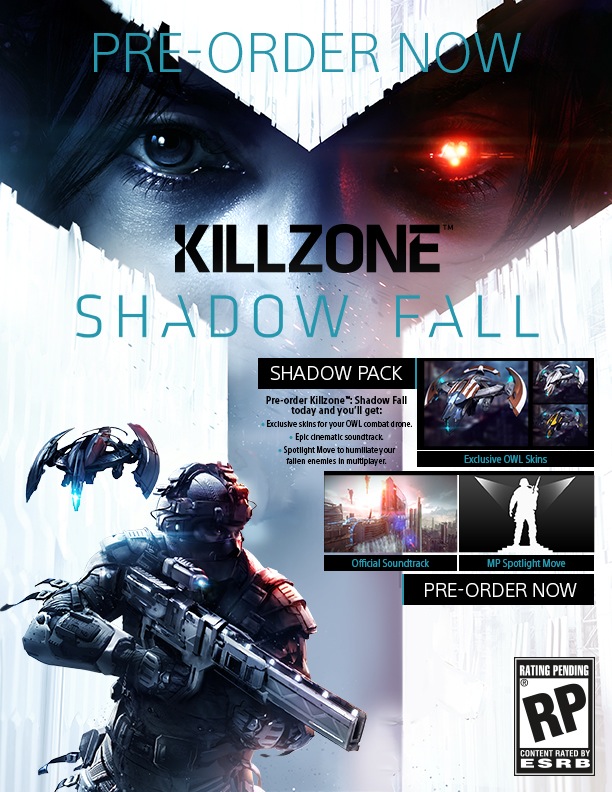