The Skylanders-themed board game includes with 22 new Skylanders locations, including swapping Boardwalk with Thumpback's Thundering Tide Pool, Park Place with Lightning Race Track and the original game's railroads with Flynn's Blimp Tours, Air-Pirate Express, Molekin Mine Train and Dread Yacht Delivery Service. The $39.99 custom edition of Monopoly is available now at Amazon and retail stores across the U.S. and Canada.

Skylanders Monopoly is the second cross promotion for the collectible characters this year. Activision and McDonald's partnered up to bring Skylanders Giants figurines to the fast food chain in April and May. In other Monopoly news, Zynga and Hasbro announced a partnership for Zynga-themed Monopoly boards last year. You can check out Monopoly's board, cards and game pieces as interpreted by Skylanders below. 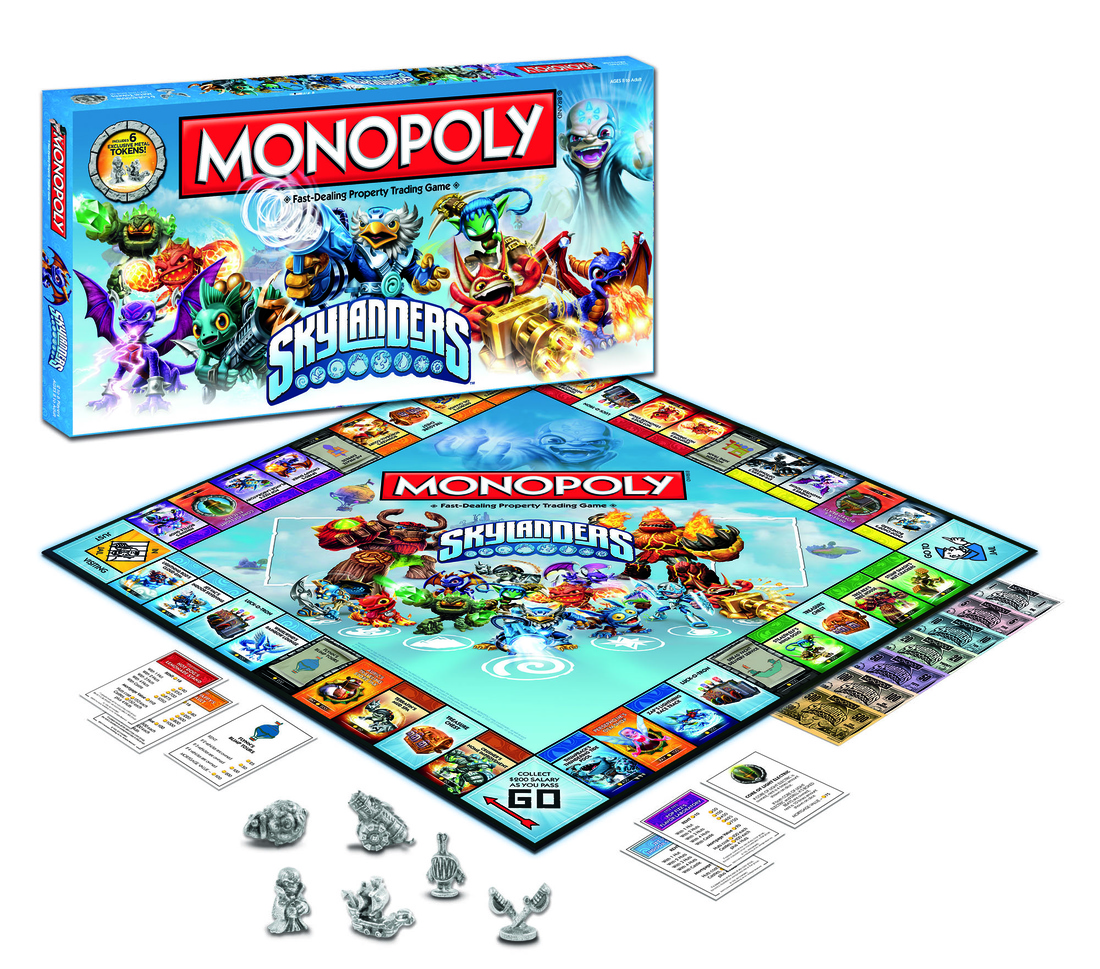