It's ten years today since BioWare launched Star Wars: Knights of the Old Republic, and the company is celebrating by looking back at some happy memories.

KotOR was released by publisher LucasArts on July 15, 2003 for the original Xbox, and immediately secured its place as one of the all-time great role-playing games. It scored golden reviews across the board and won multiple awards including the Game Developers Choice Award. Earlier this year, the game was released for iOS.

On its blog today, BioWare assembled some of the game's old hands to look back at their time on KotOR.

"I was actually working as a texture artist on Neverwinter Nights when I heard the news that we had secured the rights to do a Star Wars RPG game," recalled art director Derek Watts. "Casey [Hudson, game director] asked some of the concept artists if they wanted to draw some ideas for a new Star Wars IP. I decided to take a stab at it and ended up doing three pencil drawings of space ship designs.

"Casey liked what he saw and asked if I wanted to be the art director. I couldn't believe it. I accepted, and then couldn't sleep for two weeks stressing about how the hell I was going to do the job. The three ships made it into the final game; one of those was the Endar Spire Hammerhead." 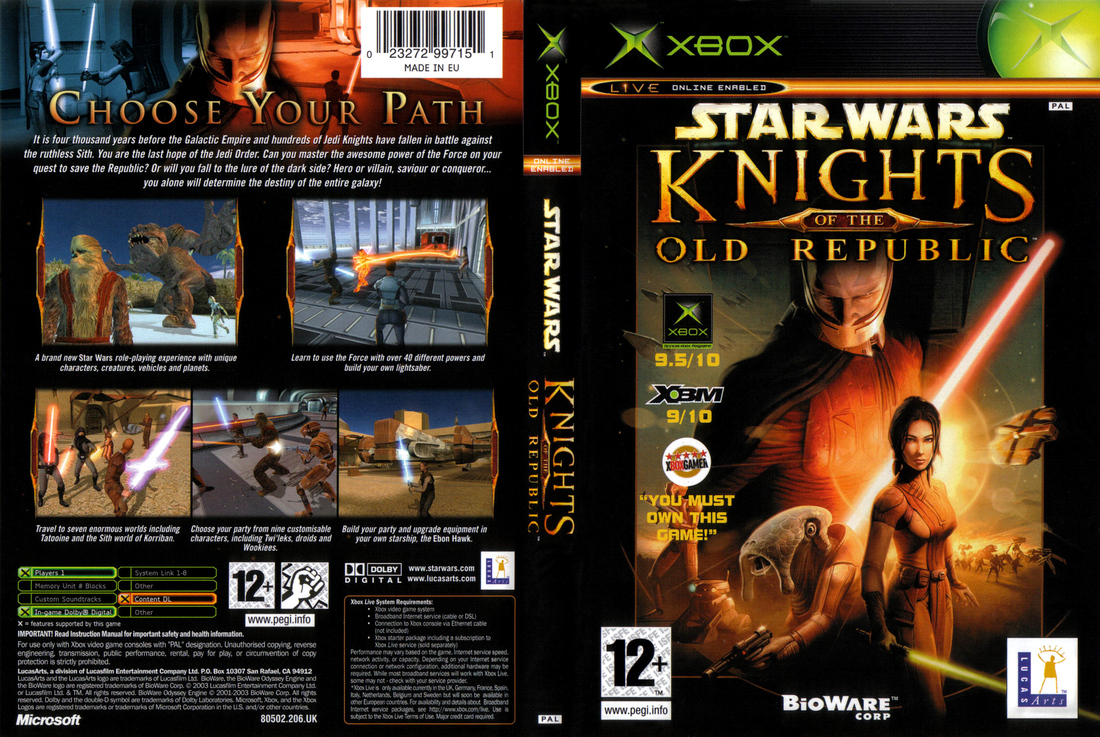 "I remember one moment very clearly," said writer Lukas Kristjanson, who is now working on Dragon Age: Inquisition. "It was the day we secured the license, for certain, the papers are signed and it's a go. We gathered in a local theater for a company meeting, and up on the screen came the BioWare logo and the Star Wars logo. Pause. And then, it started. Of course it started, you couldn't stop it. A room full of suddenly-children all humming the Imperial March. One day my son will be old enough to understand that daddy got to make Star Wars, and it was good."

A room full of people humming the Imperial March

"I joined BioWare in 2002 after spending about nine years in corporate IT, " said Janice Thoms, BioWare technical director. "KotOR was the first game I worked on in the games industry so it holds a special meaning for me. I remember sitting there in the theater waiting for the meeting to start when suddenly that iconic music started to play.

"As I watched the words 'Star Wars: Knight of the Old Republic' crawl across the movie screen, I had the overwhelming realization that I had not only stumbled into my dream job, but my name was going to be associated with a franchise I'd been a fan of for almost 30 years. The seven-year old me never could have guessed that would be part of her future."