Ubisoft has announced a new limited edition of Assassin's Creed 4: Black Flag alongside a new trailer that focuses on what it means to be a pirate.

The pirates' life is one that trades safety and order for freedom and drunken debauchery; it is a life that seeks to defy authority and carve out one's legend "in steel." Protagonist Edward Kenway is one of these men, commander on board the pirate ship Jackdaw.

Ubisoft says that the Limited Edition will be available on PS3 and Xbox 360 on October 29, with Windows and next-gen dates to be revealed at a later time. 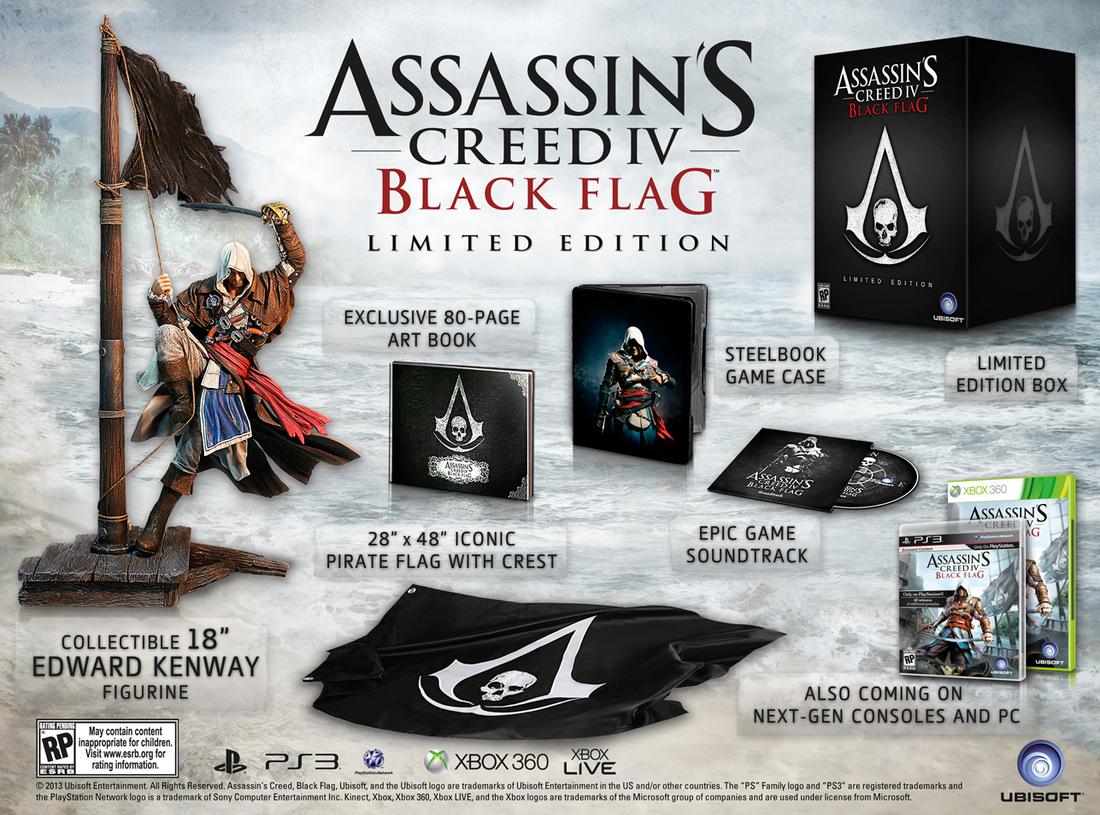