Dropsy: The surreal adventure game the Internet made

Share All sharing options for: Dropsy: The surreal adventure game the Internet made

They say that forums are the dregs of the Internet but over the years comedy website Something Awful earned its stripes as the home of one of the most successful and tireless meme-generators and content creators online. Its output is varied, but a few years ago collaboration between members of its forum resulted in the creation of a makeshift choose-your-own adventure game that told the tale of a slightly sweet if slightly grotesque clown: Dropsy.

This is the game the Internet made, the result of hours of user input pieced together by artist and developer Jay Tholen. It's five years later and Tholen has taken to Kickstarter to expand the forum creation into a full open world adventure game: Dropsy: A Surreal Exploration.

Tholen's work began as a series of images posted to the forum depicting an odd, surreal world populated by a slack-chinned clown-mute and featuring an off-kilter comedic streak that combine classic adventure games of yore with the darker in-jokes typically relegated to the niche halls of message boards.

"Dropsy actually started as a sprite in a little sidescrolling zombie platformer I made when I was 17," Tholen told Polygon. "He was the boss of a circus level. That was 2004 I believe. In 2008 I re-purposed him as the protagonist that original Choose Your Own Adventure thread on Something Awful."

Internet posters would offer suggestions for the direction of the Choose Your Own Adventure, expanding its already bizarre and otherworldly plotline as Tholen continued churning out mock screenshots of a pixel adventure that never was. 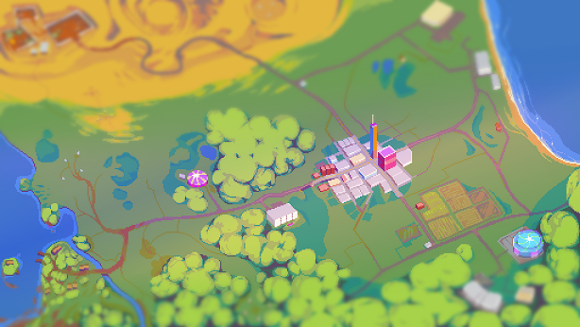 Together the collaborators worked like this: A loose framework was offered to message board users by Tholen, with posters filling in the gaps in its narrative and occasionally causing major shifts to the main storyline. In its earlier iteration, Tholen would create art using Microsoft Paint to develop a fully retro-inspired pixel world - only later moving to ASEPRITE for his pixel assets and Multimedia Fusion 2 to make prototypes for the eventual open-world project.

"The feedback from the posters formed the core of what Dropsy is. His character is almost entirely defined by the suggestions in the first two or three threads, so that will always impact the rest of the game. After that I sort of took everything from the threads, and pruned it down so Dropsy himself and the universe he lived in was at least a little logically consistent. One of the things I've kept from the threads is his penchant for 'Clowning' things - basically painting crude clown faces on people and things. There will also be a lot of unwelcome hugging, which is also carried over from the thread." 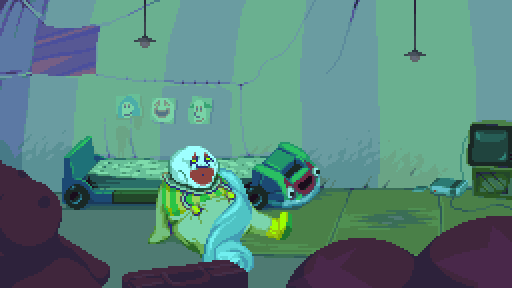 According to Tholen, demand increased for a playable version of the community-driven narrative but what that would look like proved to be an issue. The game's protagonist doesn't communicate properly, throwing a wrench into the structure of traditional adventure games that rely on dialogue for exposition. By 2011, Tholen developed the basis for what would become an open-world version of the title. Its plot revolves around events following a fire at Dropsy's family's circus, resulting in the tarnishing of his image as a local hero and later the unfolding of events that lead to discoveries about the fire and Dropsy's past.

"I love the fact that Dropsy is an amalgamation of ideas from a community. It gives this feeling of shared ownership, and a lot of Something Awful members are now totally behind the game because of that. I think they're content to let me run with the character and create a compelling world for him to discover."

Tholen says the bulk of the last two years has been the conceptual phase of the open-world game. "Lots of brainstorming, notebook doodles, rough prototyping." 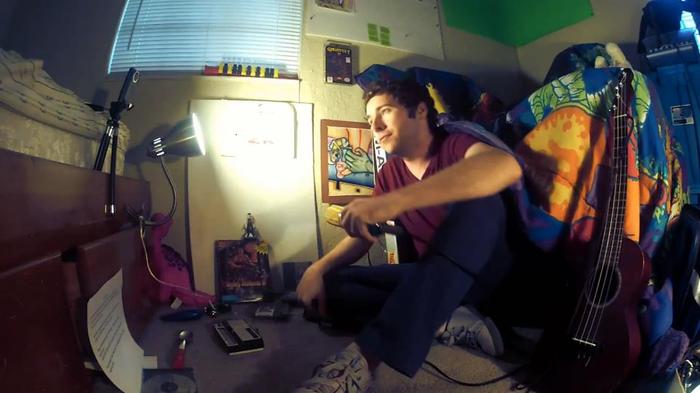 "Lots of brainstorming, notebook doodles, rough prototyping, etc.," he says. "One concept that I've kept consistent throughout the game's design is 'otherworldliness' - I want to juxtapose things to give the locales and NPCs a strange vibe. The people groups in the game intentionally hard to 'pin down' as falling under any pre-existing stereotypes.

"For example, there's a village in the southwest corner of the map consisting of people who have this relaxed Jamaican/Rastafarian demeanor, are deathly afraid of classic movie monsters, and worship a pantheon of gods slightly inspired by Norse mythology. Their gods, while powerful looking, are also quite chilled out in all of their portrayals." 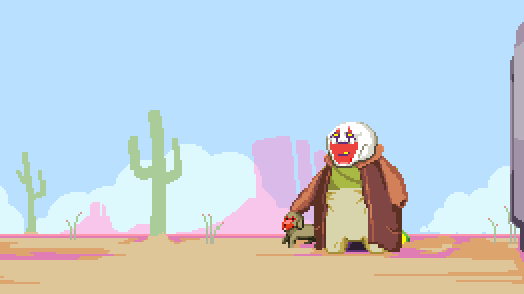 Tholen is still enlisting the help of the community of posters who help bring its first iteration to life, with three quarters of the team of developers made up of members of the forum and those who were previously aware of the game's Internet origins.

"I have had to turn down a few offers that people have made to help more directly with creating the game," says Tholen. "They've all been quite talented, but I've got everything covered at this point."