A limited edition of Watch Dogs will be available this fall in North America for $129.99, publisher Ubisoft announced today.

The Watch Dogs Limited Edition includes the game in a Steelbook case; a 9-inch figure of protagonist Aiden Pearce; the game's soundtrack, which includes the original score by Lost in Translation composer Brian Retzell; an 80-page art book in hardback and Pearce's vigilante mask. You can check out an image of the items below.

Ubisoft previously announced four different special editions for the U.K.; the amount of content in the North American Limited Edition falls between the U.K.'s Dedsec Edition and the GAME-exclusive Vigilante Edition. However, the Limited Edition doesn't seem to contain any of the digital game content seen in the U.K. editions.

Watch Dogs will be released Nov. 19 in North America on Windows PC, PlayStation 3, Xbox 360 and Wii U, and at the launch of both PlayStation 4 and Xbox One. The Limited Edition will be available alongside the standard game on every platform except Wii U.

For more on Ubisoft Montreal's Chicago-based open-world title, check out our story on the way it addresses surveillance and our hands-off preview. 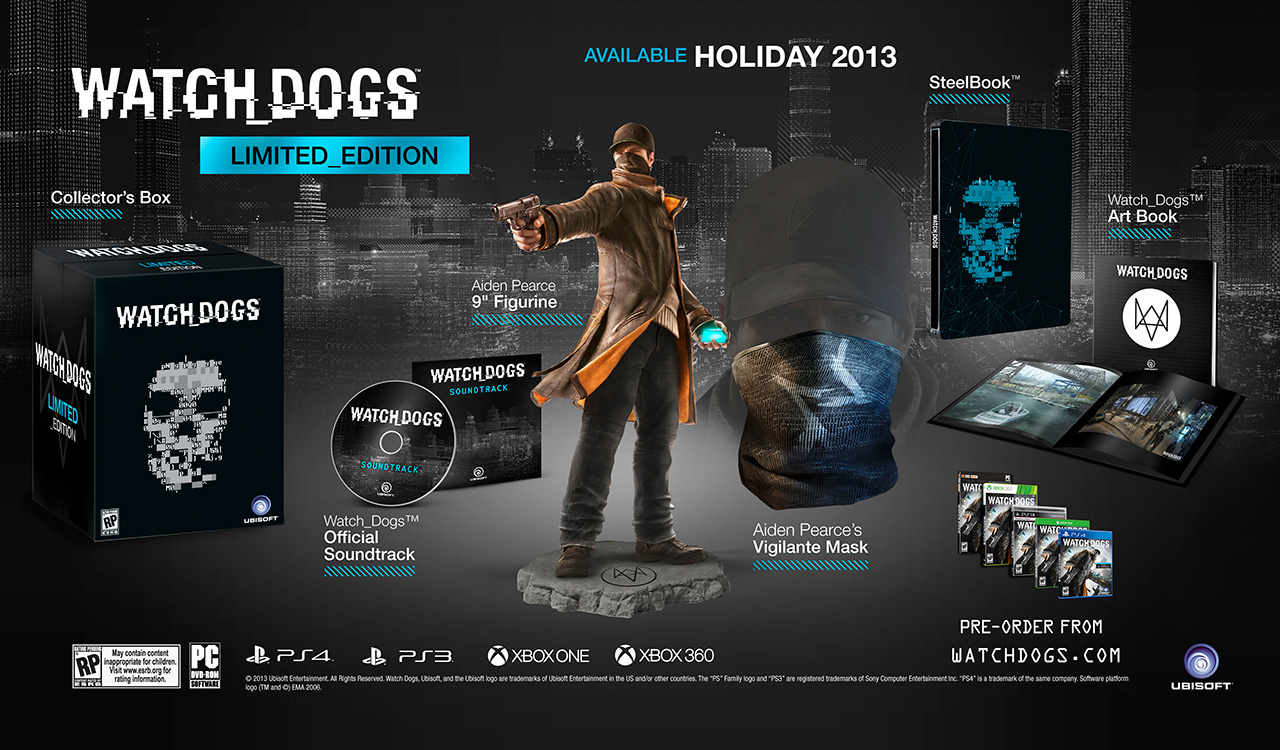