While panelists didn't reveal how the One Million skin would be unlocked in Arkham Origins, WB Games Montreal's Eric Holmes said that Worst Nightmare will be available only to "absolute masters" of the game. The Worst Nightmare skin will be unlocked when players have "drained the game" of content and unlocked all of its achievements.

After the reveal of the new skins, which included a look at the playable Deathstroke and the previously revealed Knightfall and Adam West-style Classic TV Series Batman, one fan asked about the potential appearance of Robin and Batgirl. Holmes said that Origins takes place before Robin exists — the game is essentially "year two" of Batman's career — but that fans will have to play the game to see how Batgirl might be handled. 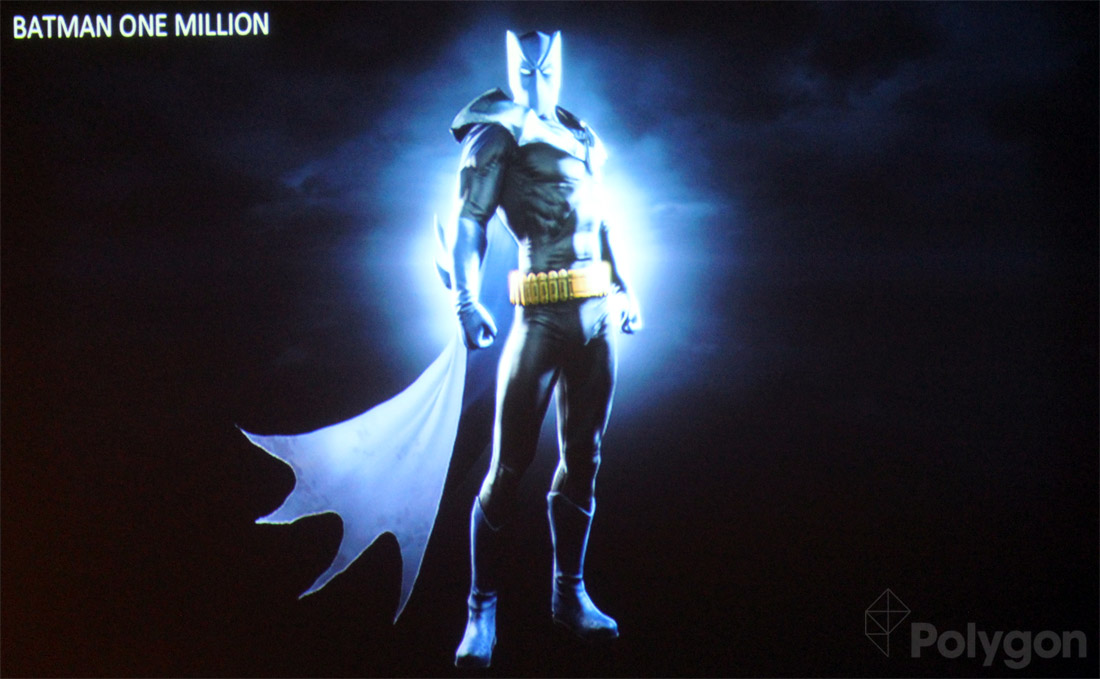