Share All sharing options for: Why the unionization of eSports is a difficult if not impossible road

Thanks to event organizers like Major League Gaming and major tournaments like LCS, the growing number of professional gamers have a public platform to begin careers within the eSports community; but, as the population of pro-gaming continues to grow the question of whether they are beginning to require a means of protecting their career in this young industry remains unanswered.

The protection of their careers through the creation of unions is an issue that still hasn't been tackled head-on by eSports organizers or players. While some professional players are outspoken in their opinion that unions will eventually be necessary, others simply think it's an impossible task. Speaking to Polygon, Matt Weber - director of operations for pro-gaming community Team Liquid - points to this as one of the major aspects that continues to differentiate eSports from traditional professional sports industries. 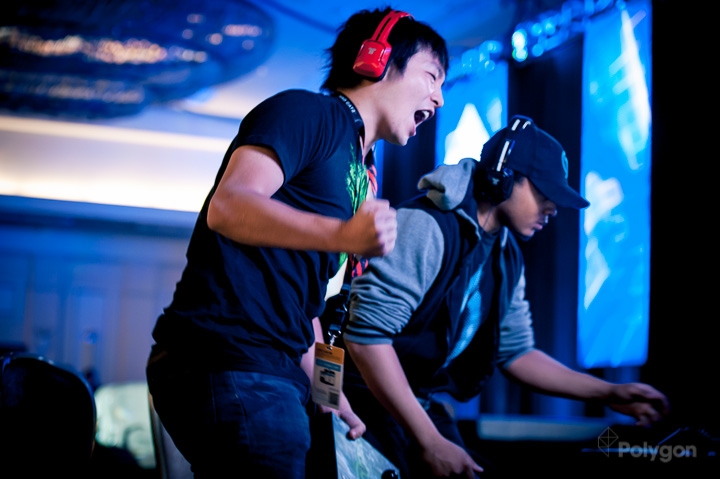 "Esports careers are extremely short," says Weber. "Two to three years even for the best players (in StarCraft at least, careers range a bit longer in Dota/League of Legends) and in order for a player union to be arranged some of them need to essentially give up a year of playing to arrange it.

"Historically leagues like NFL and MLB have had notable players give up salaries for 1-2 years just to get things off the ground, ensuring better conditions for the future, but in eSports that kind of sacrifice is essentially your whole career.

"I don't see a way around the issue currently, but it's possible that some people post-retirement could push for it but still it's absolutely required that some current players are able to push for it." 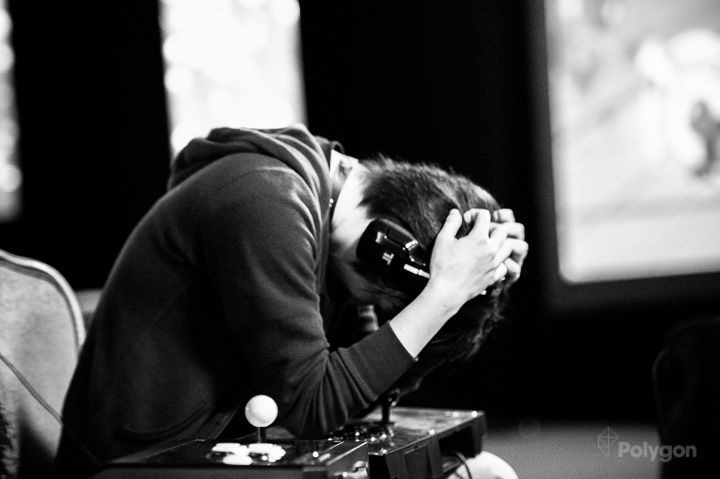 Weber, who has worked with a top level professional team since 2010, says the reality of setting up a union simply isn't worthwhile compared to the comparatively young state of this industry. Careers are too short, salaries too low, he says.

"Overall, I feel like a player union doesn't exist because it simply doesn't need to at this point," said Weber. "Added to that, even if it were a necessity, we are far away from the point where our industry is big enough to support the creation of one. I do agree with the general opinion that it would be helpful if one were to exist, a union could certainly help in situations like injury or even when people play long careers and then retire, but ultimately it's nowhere near important enough to warrant people actually spending time setting it up."

"The relationship between organizations like the NFL and their respective player's union is incredibly complex and depends on things like where advertising money goes - esports is very different than the NFL/MLB/NBA in that the team owners are a completely different group than the people than own the venues (ie the NBA needs to deal with both the union as well as the teams - this matters because the teams also own the stadiums, but this isn't true in esports, MLG owns the stadium as well as the league they run). If you can ask more specific angles like where the players can stand to gain from working with events like MLG (ideally they want ad revenue) we can talk but that's a huge conversation and needs to be a bit more pointed because MLG will only compromise in instances where they have no other choice."

' players are generally young kids who are more then willing to get taken advantage of...'

Professional StarCraft 2 player Chris Loranger has previously made a call for the unionization of professional gamers. While the existence of bans might suggest that pro-gaming requires player-built unions to protect participants from losing a potential livelihood, Loranger told Polygon that it's unlikely players could lose their entire source of income from a ban.

"I've never encountered or heard of this problem besides one time a stream employee tried taking a personal vendetta against a player and banned his account from their stream service," said Loranger. "I would hate to see anyone go through this. There are a lot of other better reasons in my eyes to have a player union though. Unfortunately a lot of obstacles are in the way of an actual powered union coming into place; esports just as a whole is a very unique market. Shelf life of games is too short compared to regular sports, players are generally young kids who are more then willing to get taken advantage of for a chance to "play games for a living", getting a universal players union that the majority of players would need a lot of top and popular players be wiling to make self sacrifices financially in their already short and unstable 'careers.'"

MLG shoutcaster Nick Ranish emphasized to Polygon that unionization isn't required to protect players in particular against potential bans, as player banning is rare across the pro-gaming spectrum. Ranish argues "player banning is exceptionally rare and in all but extreme behavioral cases banning players is against the interest of tournament organizers and players. Without competing interests there's no power struggle that would make union creation desirable." 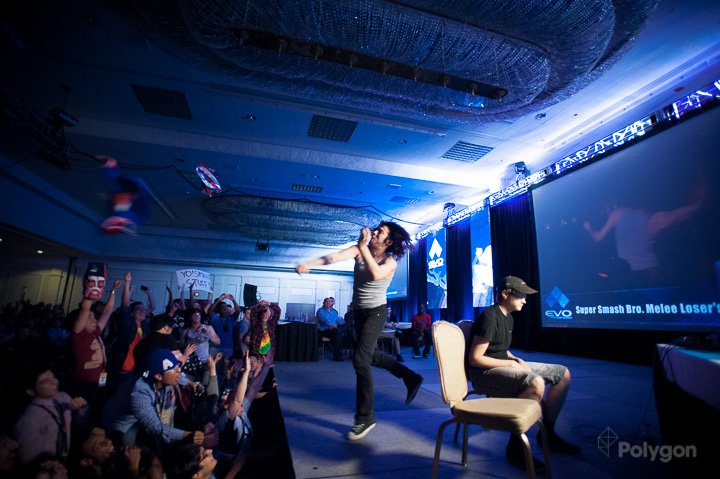 Notoriety can still affect a player's ability to maintain an income in pro-gaming; however, at this stage in the evolution of eSports most players make "most of their living outside of tournament competition," said Ranish. He expects this to shift over the next few decades, with gamers requiring fewer "real-world job" back-up plans to maintain an active professional gaming lifestyle.

"Pro-gaming is already a long-term profession for the most famous players," Ranish said. "Even if they lose their ability to compete at the highest level, endorsements and coaching jobs can sustain them. We don't see pro-gamers who have been in the field for a long time because the field itself as a viable profession is still very new and a growing industry. I anticipate seeing some of the current pro-gamer still participating in the industry 30 years from now."

Speaking to Polygon, Major League Gaming co-founder and CEO Sundance DiGiovanni emphasized MLG's status as a platform to offer top players a place to "showcase their skills and increase their earning potential," adding that the question of "how many players can expect to earn a living just from eSports is a tricky one" for now. 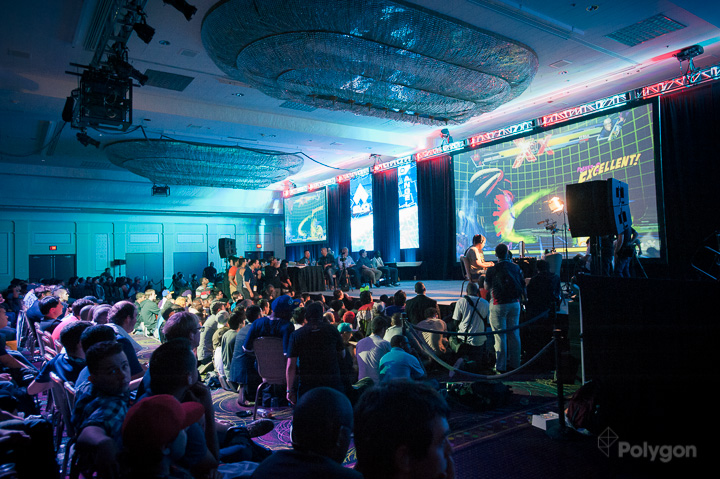 "For pro-gaming to become a legitimate profession, we need stability," he said. "The scale is here, now it's just a question of consistency and stability for continued growth.

"I believe that within a couple of years we'll see a few hundred people in a position to make a full time living from their winnings and more importantly, endorsement deals."The integration of player-run unions still remains a question, however.

"In the past we have implemented a players association to help lines of communication between the league and pros," said DiGiovanni. "The challenge with a players association or a union is that both require hands on leadership and guidance. It can be hard to find unbiased players in our scene."

Michael Cohen-Palacios, previously director of public relations for International Gaming League, argues that unionization would require players to mutually work together for the cause - something that may not be possible considering the typical clientele of professional gaming. 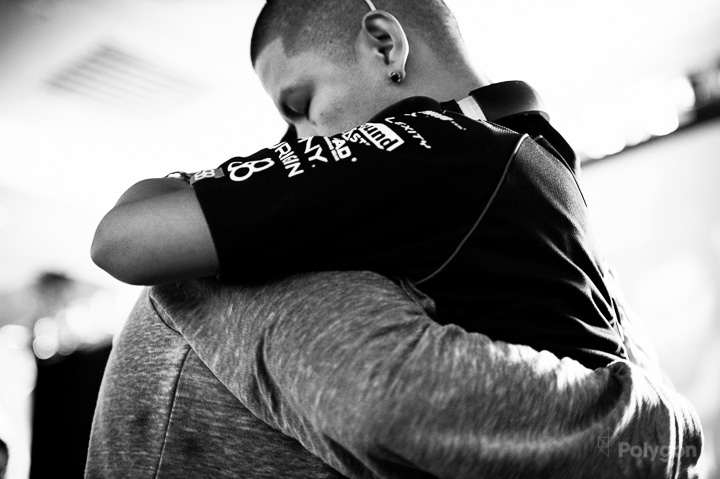 "Understanding from players is perhaps a more blunt way of putting it," he told us. "Players need to think both of the long-term consequences of their mutual decisions/views as well as working together for a greater cause (something that is harder to see with StarCraft 2 players given how they function within a team [independently] than with MOBA/ARTS players who understand joining together and selling themselves as a packaged deal to organizations. Leading a group of people who range from still attending high school to holding down some minimum wage jobs may be frustrating and demanding.

"Lack of voice and representation are areas I would consider to be relevant as things become more professionally structured and so must the attitude of the players. If players aren't backed by a union's support, especially if that union earns the trust of teams, then that player faces the risk of fewer opportunities both in terms of team support or even sponsorships.

"A union is throwing a middle-man into the group to both mediate demands from the players as well as ensuring certain levels of professional conduct is met from the group the union represents. It'll, presumably, raise relations between teams and players to an open and more business standard."