For the longtime Star Wars fan, the ability to launch Jar-Jar Binks' head as a weapon may provide a catharsis that goes well beyond the $0.99 asking price of Angry Birds Star Wars 2.

Like previous Angry Birds games, each strain of bird or pig has its own special skills. The characters of Angry Birds Star Wars 2 accent their arcs of destruction with Force powers, spinning lightsaber blades and, in the case of Jar-Jar Binks, a sticky tongue that can snatch throwable objects and then hurl them at enemy pig structures.

Rovio will sell Telepod Angry Birds toys in sets that promise a playable experience on their own. Using a slingshot toy, players can launch the little plastic birds at a Star Destroyer play set or battle with Count Dooku. Those characters can also be scanned into the game via the iPad or iPhone camera. Place a Star Wars-themed bird or pig onto a clear plastic stand, position that over the camera lens and they'll teleport into the game.

Unlike the RFID chip-powered Skylanders and Disney Infinity, Angry Birds Star Wars 2 relies on QR codes to import its characters. A magnifying glass at the bottom of the stand used in the scanning process helped the iPad camera read that miniature QR code during a hands-on session at Comic-Con. The implementation is clever, and will likely make it easier for players to import those characters through home-printed QR codes so they don't have to buy all 32 Angry Birds Star Wars figures.

Each of the game's dozens of levels has a light side and dark side (otherwise known as "the pork side"), a choice that alters each level's layout and throwable characters. In one level we played at Comic-Con, we launched Clone Trooper birds at Jawas. We imported a piggy Darth Sidious, who used Force lightning to beef up his attack on the Jawas. 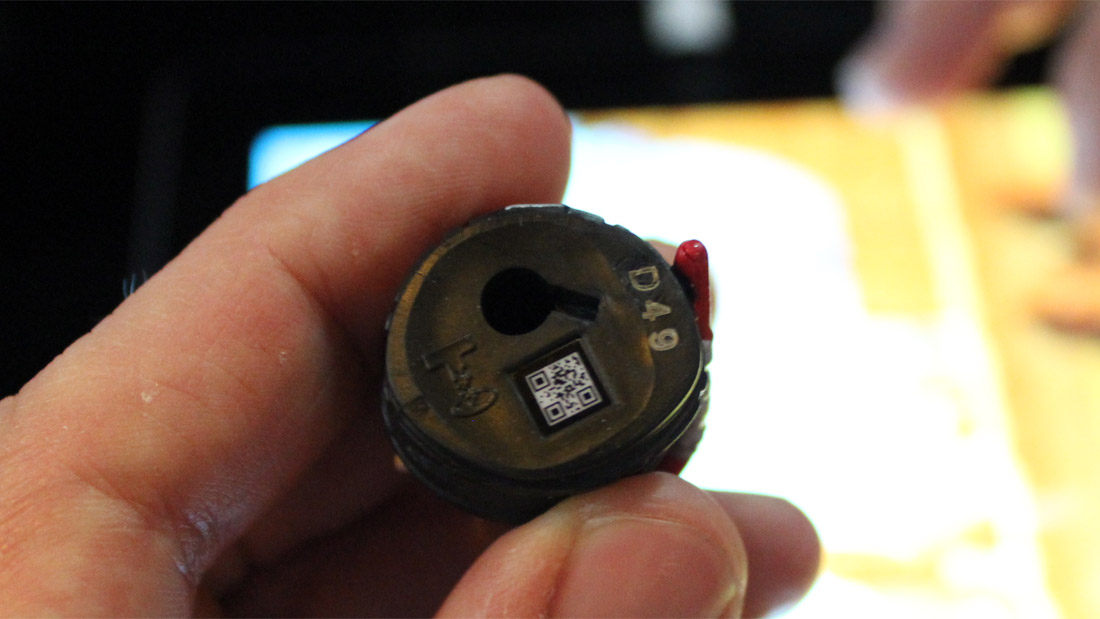 Later, taking control of Jar-Jar Binks, we took out enemy pigs with the help of his tongue, a podracer version of Anakin — who can accelerate his attack with a podracer engine — and the help of Mace Windu, who delivers a powerful Force push that crumbles enemy pig walls.

At Comic-Con, toymaker Hasbro had a full complement of Star Wars Angry Birds toys, showing off the many characters from the original trilogy (Han Solo, Princess Leia, Boba Fett, Luke Skywalker) and the prequel trilogy (Jar-Jar, Anakin, Darth Maul), plus a handful of movie moment-inspired sets. Expect dozens of character sets and vehicles, like a pig-faced TIE Fighter, when the Angry Birds Star Wars Telepod line launches in advance of the video game. 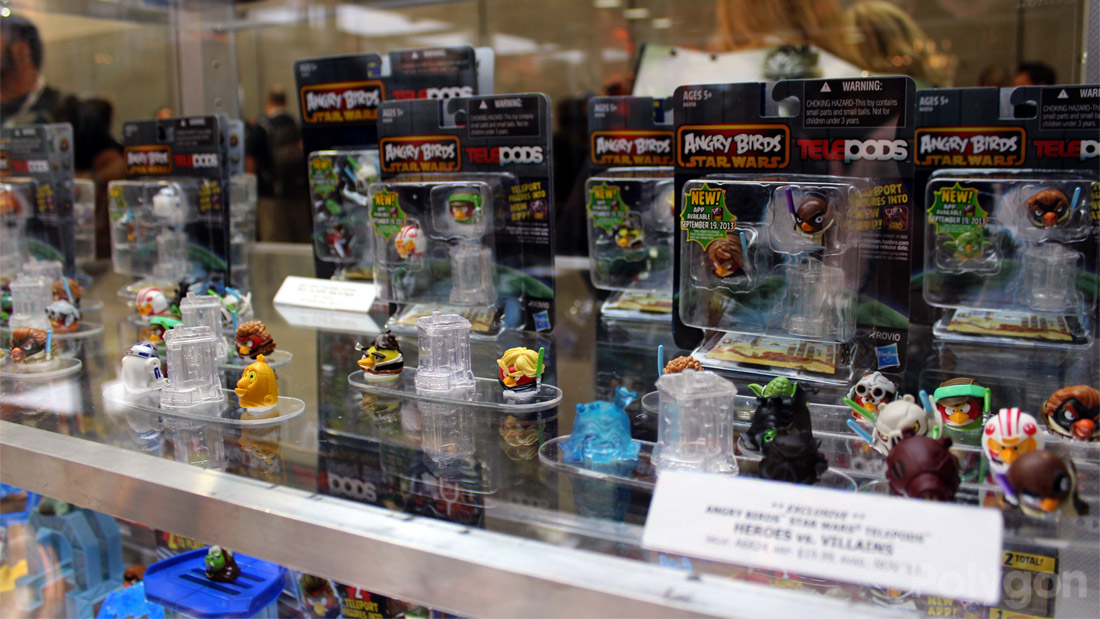