The benefits of developing for PS3, not PS4

Share All sharing options for: The benefits of developing for PS3, not PS4

In the building buzz surrounding the launch of a new PlayStation, the PlayStation 3 is having an renaissance of sorts.

This spasm of unusual; of big; of enticing titles for what will soon be an old-gen system, is powered in part by a desire to serve the existing audience and part by the comfortable familiarity game makers have developed with the system, said SCE Japan developer Gavin Moore at a recent event in New York.

"We've got this kind of Indian Summer going on, on the PS3," said Moore who is the director for Puppeteer. "We've had The Last of Us, we're going to get Puppeteer, [David] Cage is there with Beyond. I think there are a lot of PS3 owners out there as well that deserve something. Just because we have a new machine coming out doesn't mean we should forget about our users or the fans of the PS3."

Like many of the games now hitting the PS3, Puppeteer started during a time when the PS4 was well in development and plans for the launch line-up were already underway.

"When we started this we were a very small team," Moore said. "We started this three years ago, and we were 15 to 20 guys for like two years of what we were doing. We could have taken that decision to move it to PS4, but at the end of the day I think that we've got some great titles coming out on the PS4 and there is a lot more in the works as well."

Where the PS4 has the latest technology, the PS3 is an established system with a massive audience. While Moore is happy with the decision to stick to the PS3 for their game, a younger self would have likely chased the PS4.

"Before I made this, I was doing that technology chasing as a developer," he said. "'Oh, the next machine? Yeah, I want to be on the next one. I want more memory. I want more power.' And now I'm 43 years old, so I've been doing it a long time.

"I think you get to that point where, is that really necessarily the important thing anymore? As a developer, it suddenly became, 'I don't need reflections in the eyeballs,' and 'I don't need that lovely wavey hair.' It doesn't add anything to the fun."

And fun is what drives Puppeteer, he said. That sense of fun even drove the game's original pitch, Moore said, describing how that meeting went.

"Imagine," he said, describing that pitch to executives at the SCE Japan Studio. "OK guys, we've got this amazing magical world where everything moves around you, so you don't move through the world. Everything changes around you every five to ten minutes. You're in this magical puppet theater where you have this pair of scissors, where you can cut through things. Your head falls off and you have three to four seconds to pick it up before it disappears. And all of these heads have different abilities.

That acceptance of such an off-kilter idea comes easily at the studio in part, Moore said, because the studio's mandate is to "make quirky stuff you don't see on anybody else's machines."

"So that's how Puppeteer was kind of born in my head," he said. "It was just being creative and putting stuff out there to play. To me, I think it looks great on the PS3. I haven't looked inside the [PS4] yet. I've played it, I haven't got a dev kit yet. Apparently I'm supposed to have one when I get back."

While Moore acknowledges that the game's timing, hitting in September, likely months before the launch of the PS4, isn't great, he has faith in the game and his team's work. 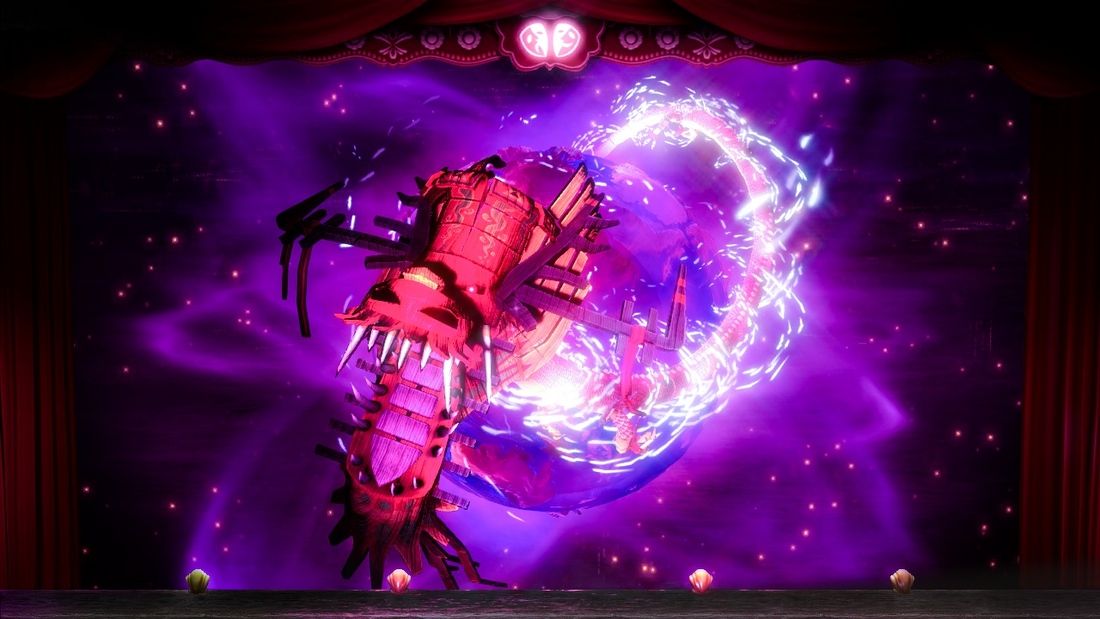 He's already started working on his next project.

"I'm already writing," he said. "I met with [studio head] Allan Becker and we had a little chat before I came out."

That's the key to how SCE Japan works, he said, multiple teams are always working on games with a core group, while a much larger group of developers move to which ever project is closest to completion. And right now the studio is busy.