Game development in the Middle East can often be an uphill battle. Between the lack of game publishers, strict government-imposed censorship guidelines, trade sanctions and a lack of financial investors, game developers in the region also have to deal with geographic isolation and the lack of a local game-making community.

The games industry in the Middle East is young and its experience is limited. Faced with challenges that most developers in the West never have to think about, it would seem a robust games industry with a thriving community is beyond the region's reach.

But while these challenges are very big and very real, there are game developers from the region that are determined to make games in and for the Middle East. Even if it means doing it in an unorthodox way. 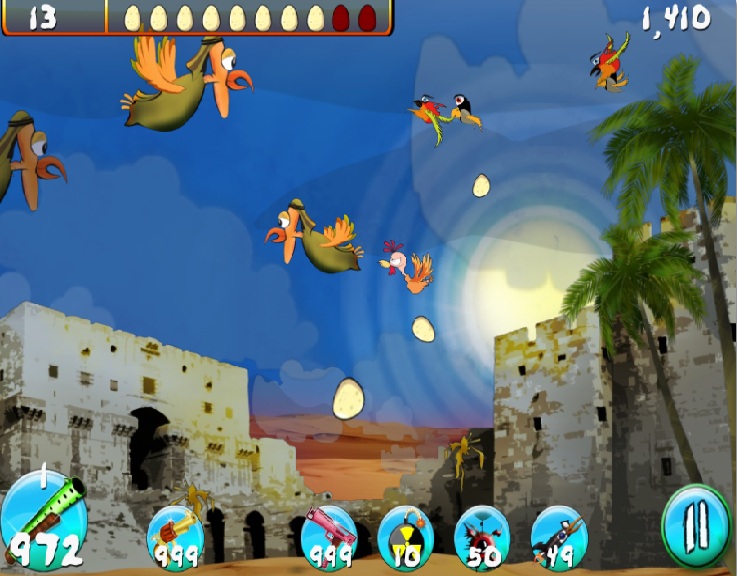 Game Cooks is an independent game studio in Lebanon. It makes games for the Middle East, although its ability to survive and continue making games rests heavily on the fact that it doesn't only target the Middle East.

When studio co-founder Lebnan Nader started making video games, he admits that he had no idea what he was doing. Game design wasn't taught in universities or colleges in his home country of Lebanon, there were no big studios he could learn from and no local game development community he could connect with. While countries like Lebanon have no shortage of technical people — coders and engineers and those trained in the computer sciences — Nader says the country has a severe shortage of people who can bring those skills together for the purpose of making games. There are few level designers, producers and people who understand important design elements like user interface, consumer behavior and user experiences.

Despite not knowing how to make games, Nader and his brother decided they would do it anyway — their main motivation was a desire to make a game in Arabic.

Their first game was called Birdy Nam Nam, a shoot-em-up for iOS and Android devices where players had to try to protect the Middle East from mutant chickens. The brothers brought on a programmer to help them code the game. Birdy Nam Nam was made with no budget. 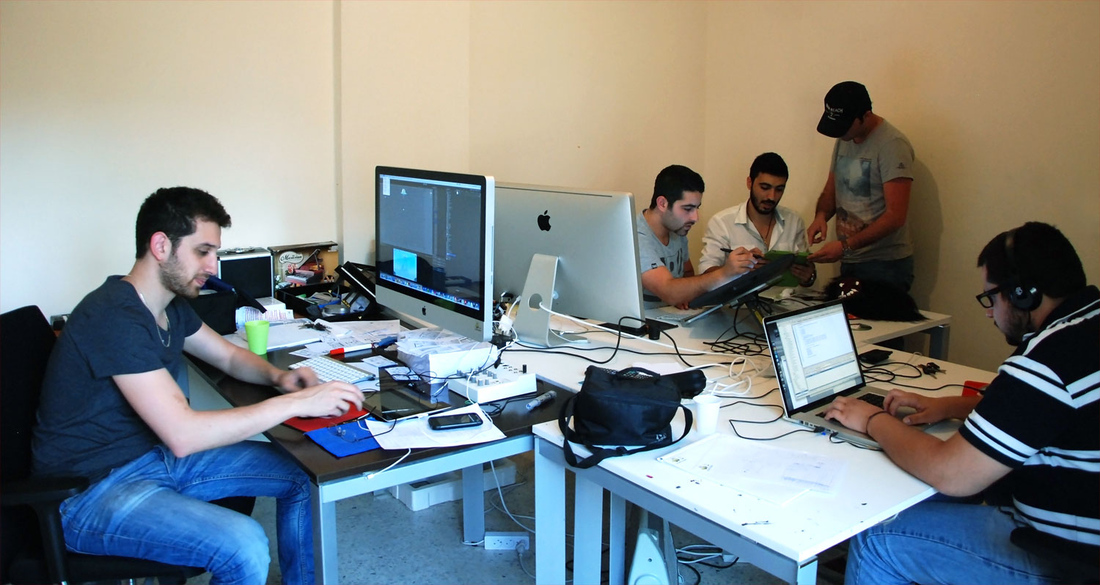 After months of trial and error, the three developers released Birdy Nam Nam globally in 2011. It was downloaded more than half a million times.

While Nader describes the game's success as "strange" and unexpected, a number of elements were in Birdy Nam Nam's favor. It was a game that made the Middle East the star of the show and it was available in Arabic, making it one of the few games that players in the region could actually relate to (even if mutant chickens are far from realistic). It was quirky and cute and had a fun game design, which made it appealing to a broad audience. And it wasn't just targeted at the Middle East — a strategy that Nader's now 10-person studio still uses.

"The games we're making cater to the Middle East, but they cater to the international market too," Nader tells Polygon, explaining that a significant number of Game Cooks' game downloads come from the U.S. and Europe. He says it can be difficult making money from mobile games in the Middle East because every country in the region is so different and has different restrictions on payment methods.

"The Middle East is separated into two regions: the first region consists of countries like Lebanon and Jordan, and the second, which is a bit better in terms of income, is the Gulf region, which includes Saudi Arabia and Dubai," Nader says. "In that region, smartphone penetration is huge — about 100 percent. But in our region, Lebanon and Jordan and all those countries, smartphone penetration is really low. So developing a game for a region like that is truly challenging because you don't have people to download the game, and people don't really know what that ecosystem is about."

The other challenge, Nader says, is the difference in payment methods. In countries like Iran, credit cards and iTunes gift cards don't exist — Iranians prefer shetab, a direct-debiting system. In other countries, most people buy apps by sending premium text messages to their phone operators in exchange for a download code. And in the case of the Android marketplace in the Middle East, Nader says there's no way for developers to set up a payment system. All games on the Android marketplace have to be listed for free.

By drawing inspiration from the Middle East for its games but designing them to have global appeal, Game Cooks is opening new revenue streams and giving itself the best chance possible to succeed. And if it does succeed, Nader hopes it will lead to more experienced developers, publishers and investors coming to the Middle East to improve the region's game development ecosystem. 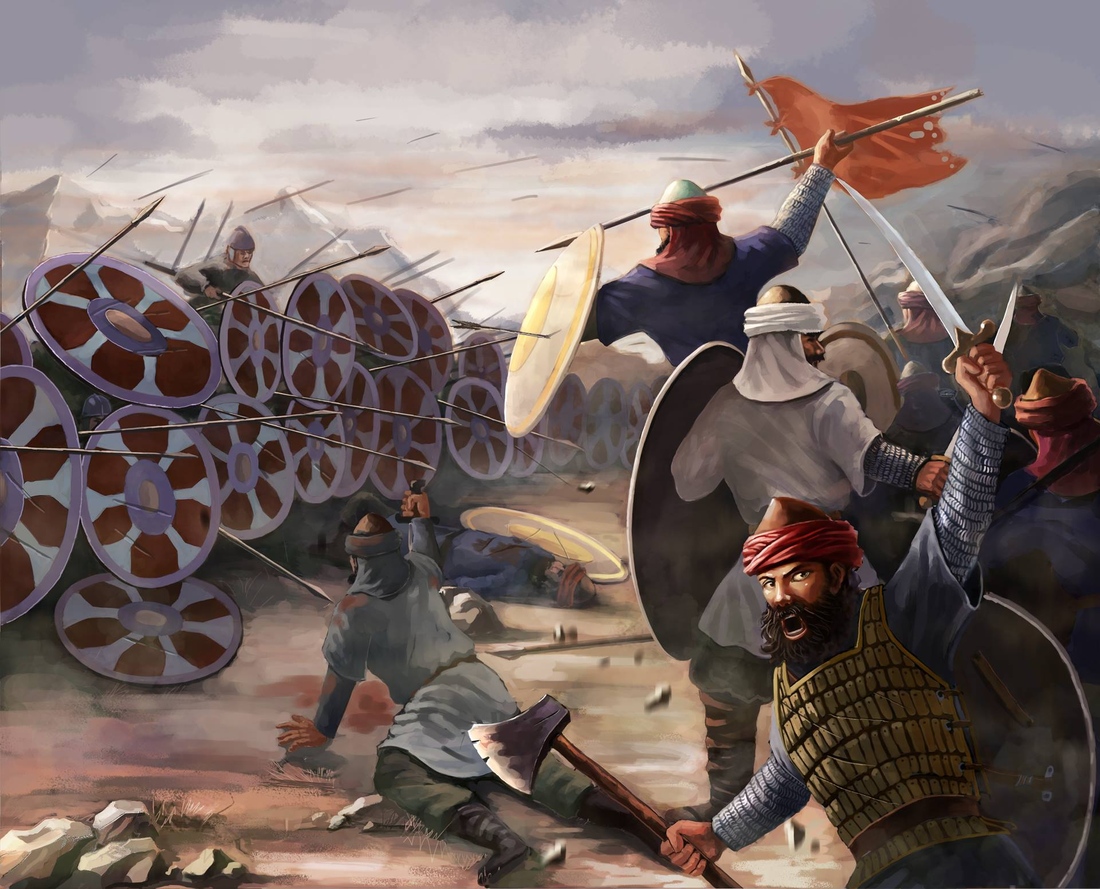 Radwan Kasmiya is a co-founder of Falafel Games, a studio based in China that makes games for the Middle East. Kasmiya was originally from Syria.

He echoes the same sentiments as Nader about the lack of resources in the Middle East.

"The main problem in the Middle Eastern market is it's not assembled yet," he tells Polygon. "You can find developers, you can find artists, but you cannot find publishers or proper distribution channels."

Kasmiya says there's a demand for games in the Middle East, but the local game development industry has not been able to keep up. He started making his own games when he was still in college back in the late 90s. Like Lebanon, Syria had no established game studios, no game publishers and no infrastructure to support developers.

"We did not have studios. We did not have the main parts of this business. It's probably hard to imagine, but we were only college students. That was it. That was the seed for our business — a group of college boys making a game."

According to Kasmiya, after he and his friends made their first game — a shooter — the only way they could get it distributed was by going through a book publisher because there were no video game publishers in the country, and the internet was not widely accessible in the region at the time.

"The only way we were able to convince book publishers to publish the game was by convincing them that video games are just a kind of e-book," Kasmiya says. "This is how I managed to convince my first publisher. He was a book publisher and a bit of a visionary thinker — he thought paper books were going extinct, so he tried to do e-books. I convinced him our game was an interactive e-book. That's how we got started."

Kasmiya describes the period from 2002 to 2007 as the "golden years" for this kind of game publishing in Syria. He'd created a studio, it was growing steadily and releasing a new game every year. But by 2007, trade sanctions on Syria which led to the inaccessibility of important pieces of technology slowed down game development in the country, and corruption in Syria and the pressure it put on Kasmiya and his studio drove him out of the country.

"I have tried any possible way I could afford over the past 10 years [to make it work in Syria], but eventually the main problems we faced have not changed," he says. "We don't have a market, we don't have a system that can generate this market, so if [developers] are going to keep waiting for that market, they will wait a long time.

Kasmiya says that developers can still make games inspired by the Middle East and for Middle Eastern players, but they should consider doing it from outside the region where there are more resources, fewer restrictions and a bigger community to engage with. Three years ago, he established Falafel Games, a studio that makes games for the Middle East but draws on the experience and best practices of developers around the world.

According to Kasmiya, 99 percent of the players of its browser-based MMOs are from the Middle East.

Moving outside of the Middle East to service the region has worked for Falafel games. Now in its third year, Kasmiya tells Polygon that the studio continues to grow and, while he wouldn't consider his studio a success story yet, he's determined for Falafel to be the number one studio in browser-based games.

But moving abroad is not the only solution.

Amir-Esmaeil Bozorgzadeh is a managing partner at Conovi, a company based in Tehran and Dubai that serves to help developers and publishers bring their technologies into the region. Most recently, Conovi helped bring the Bulgarian strategy game Imperia Online to Iran, translating it into Farsi and localizing it so that it's culturally appropriate (for example, buildings in the game like taverns were changed or removed). By helping to bring more games into the Middle East, Bozorgzadeh believes it exposes more high-quality products to the region and its developers, setting the bar for what Middle Eastern games need to reach in order to be truly competitive with the rest of the world. He also strongly recommends developers to collaborate with companies in the U.S., Europe and Asia to help those companies enter the Middle Eastern market while learning from their development and business teams.

Bozorgzadeh says both the approaches of Game Cooks and Falafel Games are effective in helping the region bolster its game development community. In the case of Game Cooks, success stories can attract investors to the region, which can then fund game development projects. In the case of Falafel games, Bozorgzadeh says the studio is an example of "clear-thinking, Middle Eastern guys realizing there is a gap [in the market] that they can fill up by partnering with a quality team abroad."

"Falafel Games and their Arabian-oriented MMO is primarily targeted (at least at this stage) to the Arabic-speaking world. It's steeped in Islamic history and traditions, and so is in many ways a tribute tailored to the Middle East.

"They are based out of China because they are leveraging the talent pool over there and learning tremendously from a leading gaming ecosystem. I don't see it as brain drain — I see it more as a highly reasonable and intelligent collaborative outreach on the parts of the company's founders."

Developers in the Middle East have a long road ahead of them, but all the developers Polygon spoke to are hopeful and determined to make it work. Game Cooks recently released Captain Oil, a puzzle/strategy game for iOS and Android where players control a spaceship invading planet earth to "save" its oil reserves before humans have a chance to mine it. The game has been performing well in both the Middle East and the U.S. and Europe. Falafel Games is still expanding and is currently one of the leading developers of Middle Eastern MMOs.

"The player market is there and it's getting larger by the moment," Kasmiya says. "Definitely, we have a chance. We need to keep on pushing."