Lara, Ellie and Sara Palmer are the new faces of gaming comic-books

Share All sharing options for: Lara, Ellie and Sara Palmer are the new faces of gaming comic-books

Comic-book creators working on big game franchises spoke today about how they are seeking to create new stories and plots for their characters, separate from games.

Representatives of companies licensing characters like Lara Croft, The Last of Us' Ellie and Halo 4's Sara Palmer spoke at a panel, hosted by comic publisher Dark Horse Publishing.

She's still figuring out the world

Gail Simone has just been announced as the creator of a new series of comics based on the relaunched Tomb Raider. The Dark Horse series will launch in February next year, and follows Lara after she leaves the island-setting for the hit game, released in March.

"I played the original game and I liked the character she was," said Simone. "But when I had the chance to play the new game, to see how she dealt with isolation, how she thinks and acts and grows, I was completely in love with her.

Simone said Croft would be "on a mission to find answers to questions she just cannot let go," and that the stories would take her around the globe.

"Lara is a questioner, who wants to know and understand the world," she said. "I identify with that and I see the story potential too. She hasn't become the 'Tomb Raider' yet, she's still figuring out the world she lives in and how different it is from the world she thought she lived in." 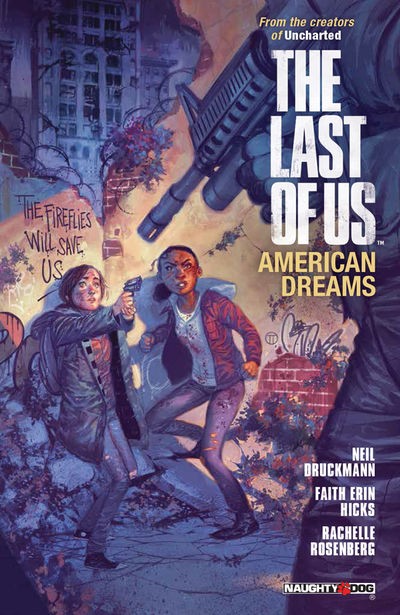 Female characters dominated the panel entitled, 'The Art of Video Games.' The Last of Us' Ellie features in the central role in a comic-book series based on that game, taking place a year before the events that take place in the game.

Artist and writer Faith Erin Hicks said that comics offer new ways to view favorite characters, to see their back-stories or to experience them in different situations. "You can engage in a game at a different level to a comic," she said, adding that games are a major influence on how she tells stories. "A really good game immerses the player into what the character experiences, and I try to put that in my work, to make the reader feel what the character feels."

"Comics are cool, because they can complement the game," said Neil Druckmann, creative director of The Last of Us. "The story can be told at a slightly different pace. We can find out who Ellie is and why she makes the decisions that she does." The comics explore Ellie's friendship with a rebellious schoolmate, and how this toughens her up for the challenges that await her in life.

At Comic-Con this week, 343 Studios announced that Halo 4's leader writer, Chris Schlerf is working on a series of comics called Halo: Escalation, due to be launched in December. And on August 14, Halo: Initiation launches, featuring Spartan-IV super-soldier Sarah Palmer. 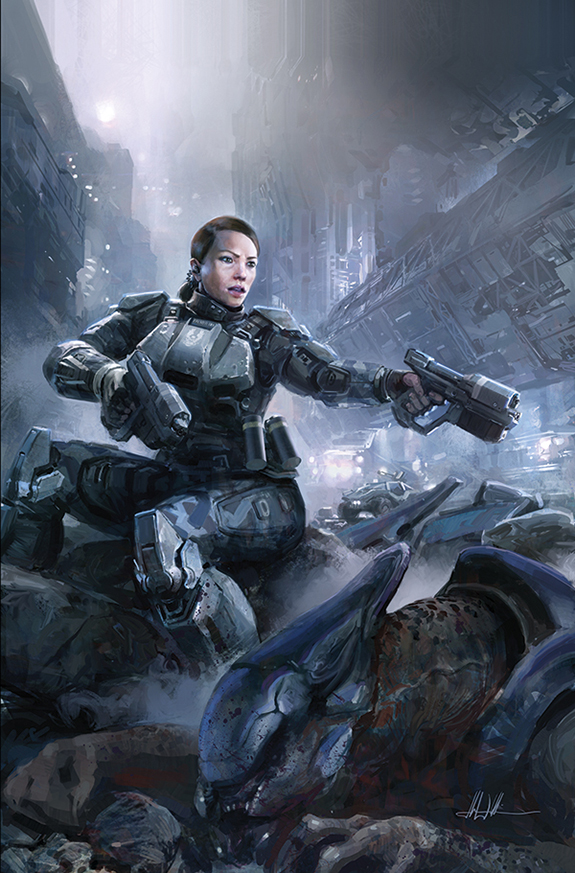 Halo's franchise development director Frank O'Connor said that comics allow the company to explore stories that might be too difficult to squeeze into a game, which are restricted by the tension between cinematic cut-scenes and gameplay. "In a comic we can explore a story about the politics of the Covenant Civil War, for example," he said. "We can delve deeper into the characters and the chaos that surrounds them."

O'Connor said that the company had reversed its previous position of creating "islands of fiction" in comics and other spin-offs because, although this avoids the difficulty of aligning plots, it did not add to the overall experience of playing the games.

"Now the stories are designed to interleave neatly with the games, without interfering," he said. They are standalone pieces that can be enjoyed without the game, but together, they enrich one another."