Microsoft needs to launch its next-generation console in Japan at the same time as its North American release in order to see a successful uptake in the region, industry veteran and Dynasty Warriors 8 director Atsushi Miyauchi told Polygon at PAX Australia.

"I think Microsoft gave up promoting and presenting the Xbox 360 in Japan, it didn't keep the momentum there," Miyauchi said about the Xbox 360's relatively small footprint in Japan. "And if they can release the Xbox One as close as possible to the North American release date, I think that would make a really big difference this time around."

"Looking at the recent announcements about the Xbox One — just looking at the numbers, the specs and about what kind of things the Xbox One can do with its CPU — the gap between the PS4 and Xbox One, in terms of functionality, may not be that different. So, if the Xbox One comes to TGS and doesn't have a delayed release in Japan, Microsoft'll have a good chance [in the region]."

"... not have a delayed release in Japan, Microsoft'll have a good chance."

Along with the Xbox 360's design, saying it was "too big and too bulky" for Japanese users' taste, he said PlayStation 2's popularity was the reason why Microsoft's current-gen console didn't see big success in the region.

"And one trait with Japanese people is that if they are comfortable with a brand, they will stick with that," he said. "The PS2 was great and they were used to it, so a lot of consumers just updated to the PS3. For example, if they have an iPhone and they like it, they'll probably just get the next one. Whereas, in the West, some may have an iPhone, but if the next Galaxy comes out, and it has more features, they'll get what has the better specs." 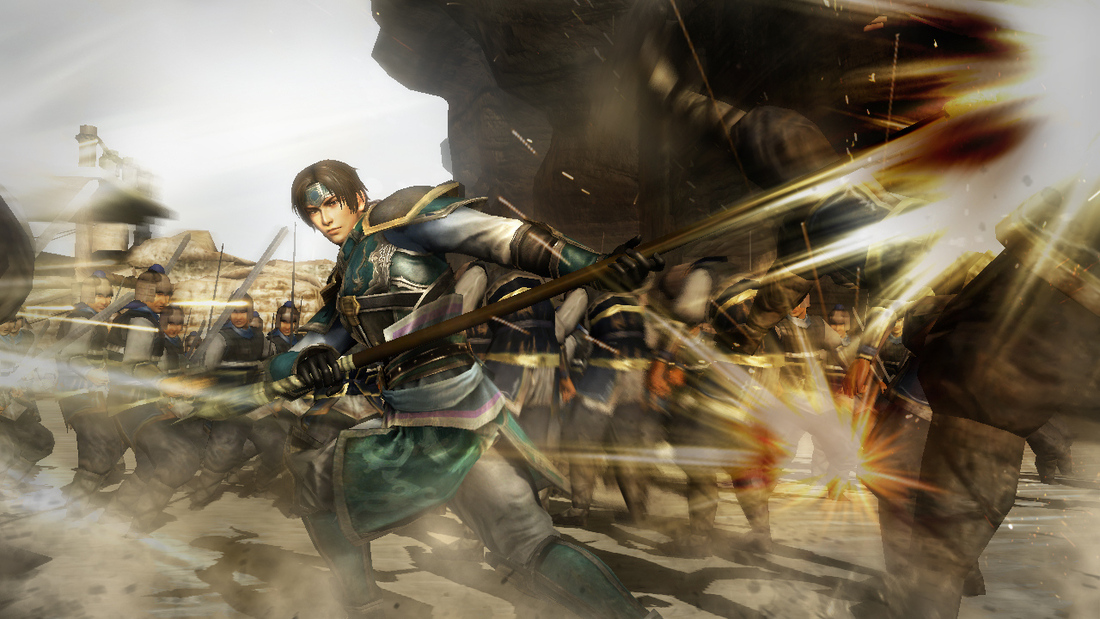 Neither Microsoft nor Sony have done official presentations for their respective next-generation consoles in Japan — because of this he was unable to comment on what the two corporations can do to foster game development in the region. And although the bigger Japanese game developers are ramping up to hit the ground running with new engines — Konami with Fox and Square Enix with Luminous — once the next-generation hits, he said Japanese game developers are still in the dark about what each platform can offer them.

"Not a lot of information has come domestically to the Japanese game developers," he said, mentioning that Japan is seeing a movement in the indie game development scene as more people are willing to try out something new. "So I think at this point now, we really don't have that much information on that until they actually make an official presentation to us, then they'll understand what they will be able to do. It seems a little bit prohibited, but maybe they are all waiting for Tokyo Game Show to share their plans with us."

"It seems a little bit prohibited, but maybe they are all waiting for Tokyo Game Show to share their plans with us."

Miyauchi was in Australia to talk about the recent release of Dynasty Warriors 8 on the Xbox 360 and PS3. According to the developer, existing players for Dynasty Warriors should check out the latest in the series because of a completely new story line, harder AI in the Western release and What if? mode, which offers alternate-history scenarios if legendary Chinese generals hadn't died. Despite being confident in the game's new features, Miyauchi said it was a game design challenge to cater to the conflicting playstyles of both regions.

"Western gamers are very open to being challenged in the game," he explained. "So if they are attacked multiple times, they still want to defeat that monster, whereas for Japanese gamers, if it is too challenging they feel like they want to give up. So if we want to appeal to Japanese gamers, we have to make sure that they aren't confronted by an enemy that'll defeat or kill them so easily, so they continue to play the game. Western gamers, they like challenge and are more willing to persevere through the game. Catering to both markets definitely makes the game design more challenging."