Share All sharing options for: Truth and fantasy in Assassin's Creed 4: Black Flag

History is doomed to repeat itself, especially if you're the sort of person who likes to play Assassin's Creed games.

The formula is always roughly the same. It demands a flinty central character who clambers across architecture and arching boughs. Using a variety of dashing weapons, he sneaks around, dispatching those unfortunate goons born on the wrong side of history to shameful eternity.

He moves in time from the Renaissance to the War of Independence to the Age of Piracy, always in search of that wrong to right, that swash to buckle.

Let's face it. No-one seriously expects genuine history in a franchise that has managed to tether itself to a daffy plot device about the Animus, and pseudo time-traveling tech-wizards.

Even so, the game's makers are at pains to point out the noble verisimilitude of their endeavor.

Polygon sat down with the writer of Assassin's Creed 4: Black Flag , as well as an actor who researched and played central character Edward Kenway, and an historian seconded to the project. 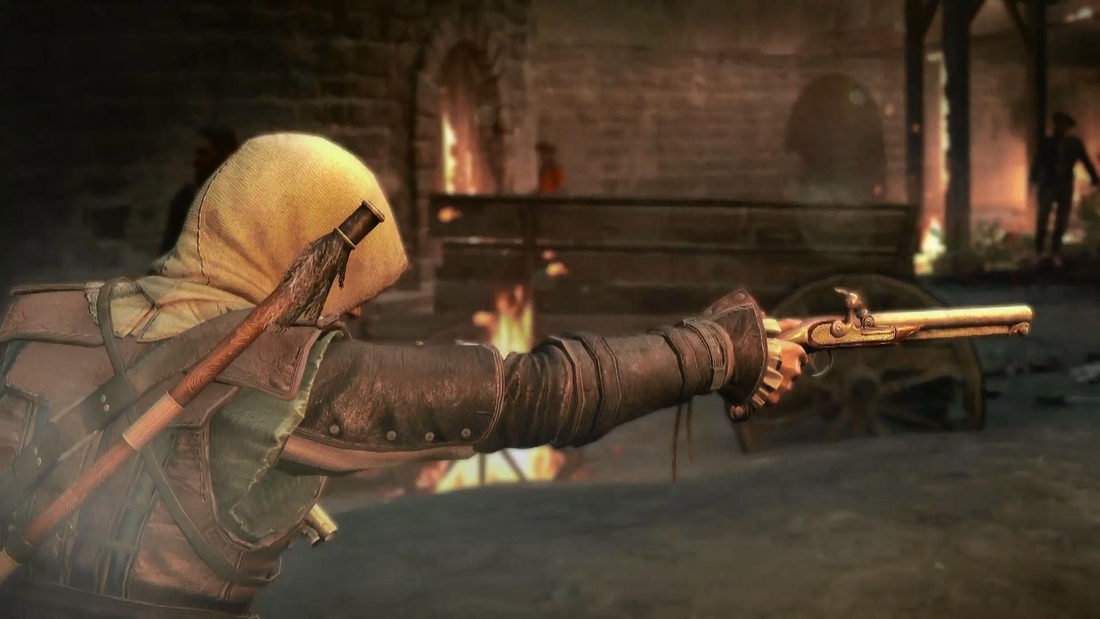 Appropriately, the interview took place around an old table in a 19th Century wooden sailing ship, a museum-piece. During our visit, it was dressed up by Ubisoft as a pirate ship, for the purposes of throwing a Comic-Con party.

We ought not mock too readily. Compared to most 'historical' games, Assassin's Creed is a Gibbon-esque monument to curiosity and research. At least these guys make an effort.

"We went on research trips," said Darby McDevitt, the game's writer. "We sent people down to the Dominican Republic and Costa Rica. And we brought in historians. This was after I had done about four or five months of my own research with the team."

Undoubtedly, McDevitt is both well-read in piracy lore and interested in his subject. In the lanterns-swaying, biscuit-tapping dining-room of that estimable ship, we spoke at length about the clothes, weapons, politics, culture and language of the age, how the team had debated, researched and argued about minute details in order to get as close as possible to the authentic thing. Throughout the process they consulted tomes like The Republic of Pirates and The Sugar Barons. 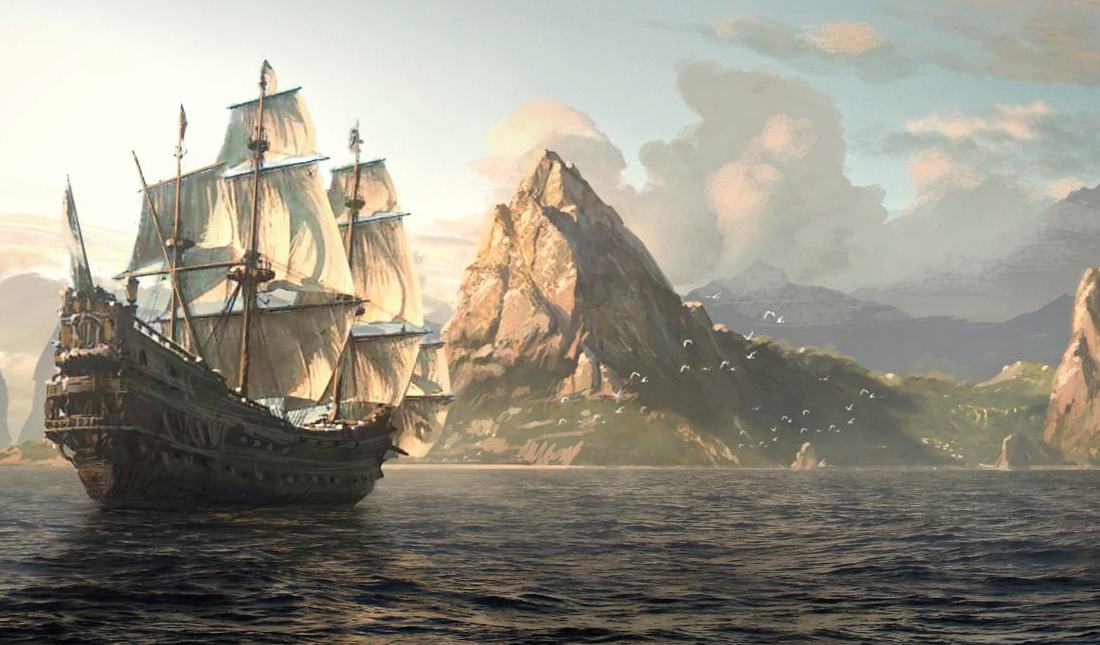 "I read about the sugar trade and plantations and how sugar was making British people in particular very wealthy," said McDevitt. "That informed a game design decision to dot our entire world with plantations. Pirates, as often as they attacked naval targets, would go against land targets as well.

"They would use stealth, intimidation, raid on land, and hoof it back to their boat. We have, in our game, quite a number of plantations where you can sneak ashore and steal all the stuff from their warehouses."

Ubisoft played a demo to us, of just such a scene, in which a lone attacker, ghosts onto a plantation, slaying or disabling about a dozen armed, professional soldiers along the way, none of whom are ever more than a few feet from an ally.

It's not historically accurate, but this is a video game, not a history lesson. Ubisoft is not about to make a game in which the player staves off scurvy aboard a creaking boat for months at a time. That would not be very interesting.

Caribbean pirates existed, they murdered, raped and thieved, but they are also fantasies, like cowboys and gangsters. The historical elements are merely there to add a sense of authenticity. 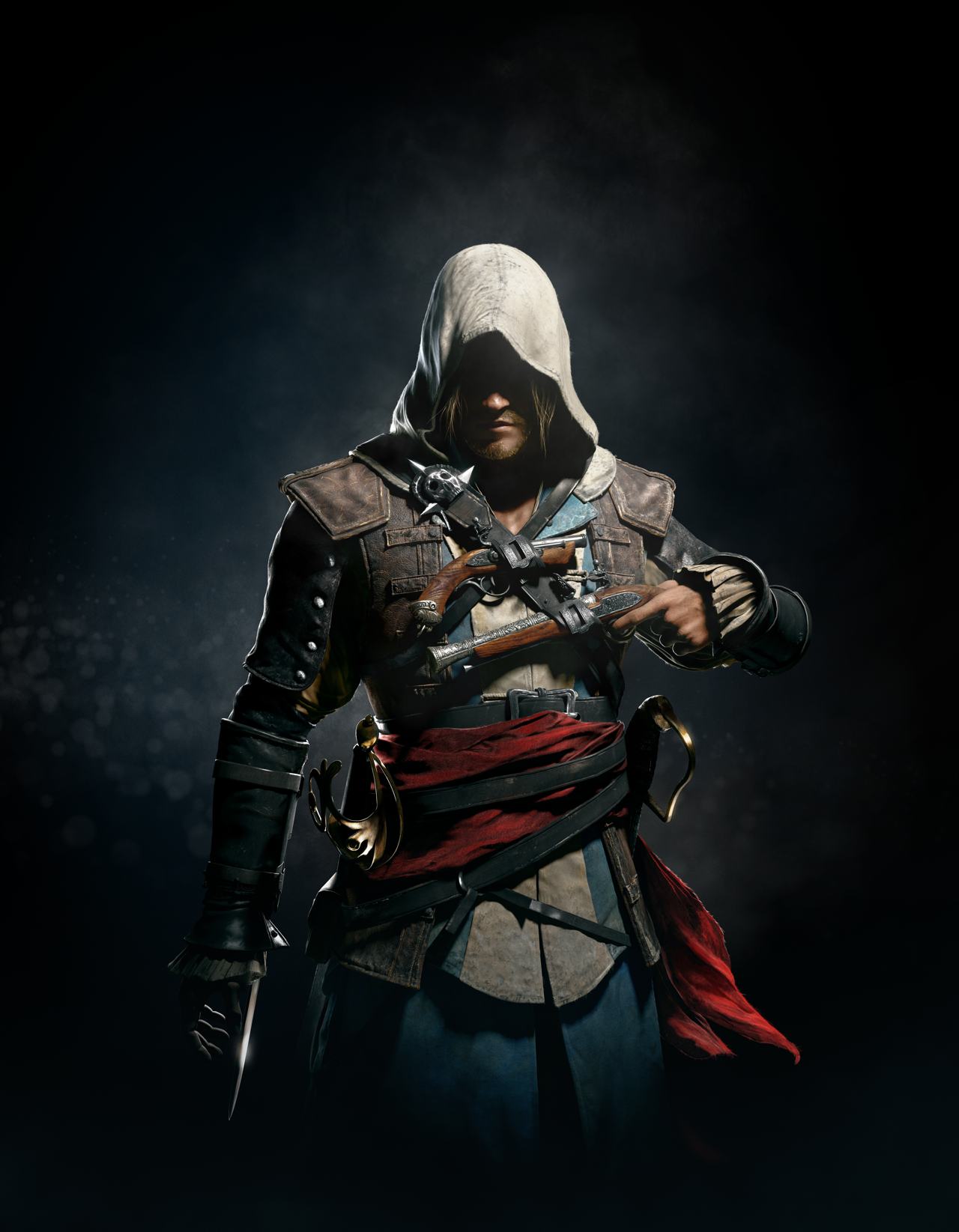 Historian Mike Loades is an expert on the era. He mentions that a pirate might go into battle armed with multiple single-shot pistols stuffed into various pockets.

Does this seem far-fetched, given that pirates were likely to have been poor and desperate men, rather than owners of extremely expensive weapons?

"It rather depends on how good they were at being pirates," Loades said, "If you're a good pirate, you're going to be rich, especially if you're a pirate in the Caribbean. Such images that we do have of pirates, they are bristling-with-weapons.

"Yes, I'm a weapons historian, but I also am a serious historian generally," he said. "I'm of an age where I hadn't been previously exposed to the enchantment of the video gaming world. I was blown away. I was so impressed with how much trouble they took, how much detail they went into, and how much they really cared and wanted to make it historically authentic. Of course it's a fantasy game, but it's anchored in a real world. They've got the bones of that real world right."

He said that games like Assassin's Creed go much further than Hollywood ever did in seeking to create authenticity. "They've built a real, colorful, believable world, and I couldn't applaud them more for it, as an historian."

"Obviously Edward is a fictional character," said Matt Ryan, the actor who performed the central part in a mo-cap studio. "He's not a historical character. But they wanted to do away from the archetypal pirate-ey world. Based on their research, I read the books suggested to me by Darby and I understood that they had a different mindset, a different mentality about the world around them."

In the 17th and 18th Centuries, the Caribbean hummed with a thriving plantation system that produced sugar and its by-products, like rum, and shipped those to vast new markets in North America and Britain. The plantations demanded heavy labor, supplied by African slaves forcibly removed from their homes, and brought to the New World to live under conditions of unspeakable cruelty, humiliation and hardship.

The romance of the Age of Piracy, the 'arghh me hearties,' wooden-leg, parrot-on-the-shoulder charm, was borne of this trade and the vast efforts of its beneficiaries to keep the sugar moving, the profits pouring back into the coffers of powerful men.

It's an unpleasant backdrop and, to be fair to Ubisoft, slaves are not being ignored in Assassin's Creed 4. 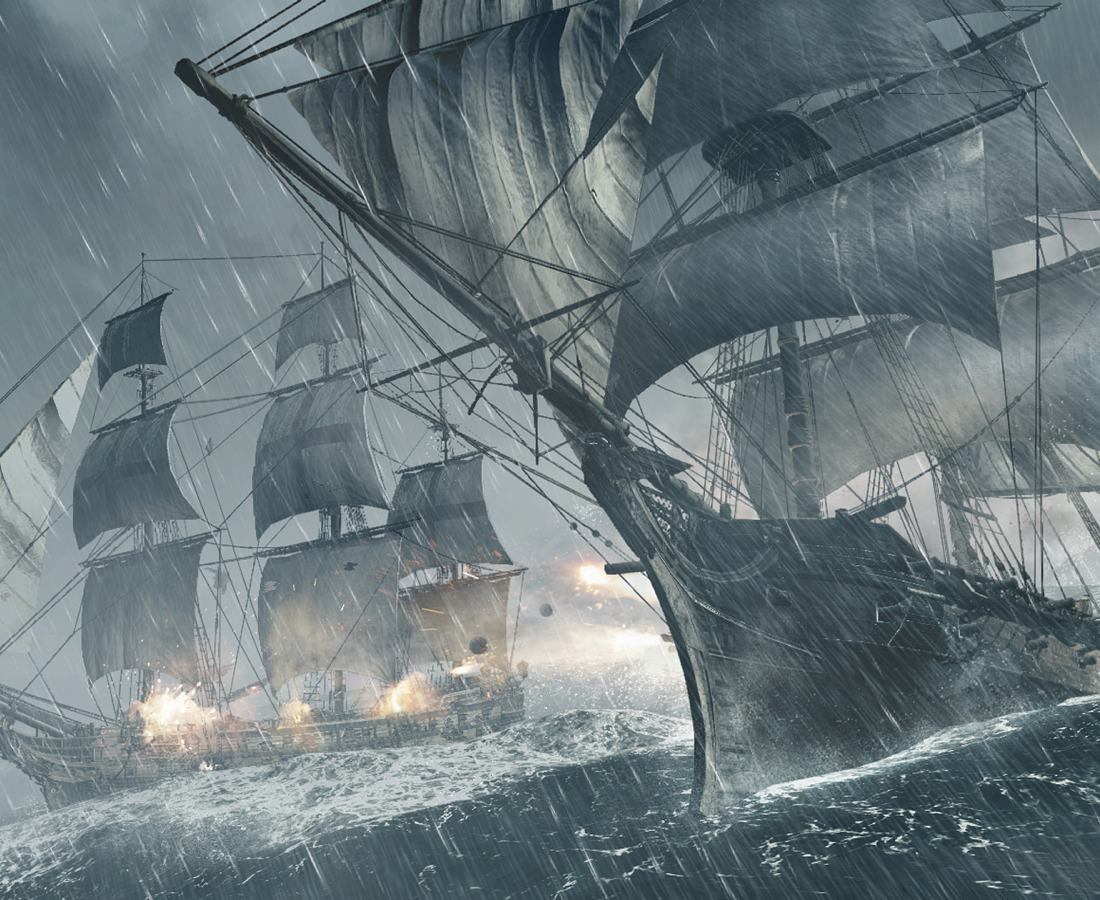 "I wanted to treat slavery in the game," said McDevitt. "It's a very delicate subject, obviously. But I thought the best way to approach it would be to make it a fact of life. Rather than go for any intense scenes of brutality to draw in your sympathy, I wanted something that was more low-key, but constant.

"It's true that pirates were more egalitarian, but there was still quite a bit of bigotry at the time. Runaway slaves would often sail with pirates, but they were still not trusted with weapons, most of the time. I hope I deal with that in the script, very frankly."

In the game, Edward develops a friendship with a slave-turned-pirate, and the issue is explored in their relationship. "It's a theme, but I didn't want it to be sensational," said McDevitt. "The books I read were full of horror stories, and I tried to work in some of those, at least anecdotes and stories, and make it a background fact of life."

Pirates working the Caribbean were not big on keeping diaries. Much of what we know of pirates operating at the time comes from books like 'A General History of the Robberies & Murders of the Most Notorious Pirates', the salacious spirit of which is suggested in its title. The King of Pirates and Robinson Crusoe give us more flavor of the era, of the language and tone of these criminals and outcasts. Historians have plenty of trouble piecing together the facts, and separating them from the myths, fictions and outright lies. It can hardly rest on video game developers to deliver absolute authenticity.

Ubisoft is a games company, one which has its hands on the biggest historical drama franchise in gaming right now. The designers go to the sources — the books and historians as well as the places and the artifacts — and try to paint a picture. They improvise, creatively.

"We recorded about 70 folk songs, shanties, from English and Spanish sources," said McDevitt. "So when you're walking through Havana, Kingston or Nassau, or you're on your boat, you're going to hear this amazing array of music from the period. Familiar songs that we all know and then some really rare songs. That's one of the many ways we get historical accuracy into the game."

The game uses color, music, artifacts and language to transport the player to world that never existed, but that feels like it might have done. In this respect, video games are not so far away from most historical fiction in other media.

Correction: Details about the ship on which the interview took place have been amended. You can find out more about The Star of India here.

How to prepare for Destiny 2: Lightfall