Images of an alleged PlayStation All-Stars Battle Royale level that features what appears to be a cross-over between Journey and Gravity Rush were uploaded onto the website of designer Ky Bui over the weekend before quickly being taken down.

Bui, who claims to have worked on Family Guy: Back to the Multiverse and PlayStation All-Stars Battle Royale, released two images showing as-of-yet unseen stages. Despite its surfacing, Sony Santa Monica issued a statement confirming the studio has no further plans to release new DLC for All Stars.

"While we considered many characters during development and even created concept art for a number of characters and environments that were being explored during the game's development phase, including Dart, we were not able to incorporate all of them into the final game. We will continue to be committed to supporting the PlayStation All-Stars online community through online match-making and will ensure server stability."

Earlier in the year Sony confirmed to Polygon that its "working agreement" with PlayStation All-Stars: Battle Royale developer SuperBot Entertainment has been terminated, with all future DLC for the title to be handled internally at Sony's Santa Monica studio. SuperBot suffered redundancies at the beginning of 2013, in which "around 20" employees were laid off. The studio is currently working on a new IP. 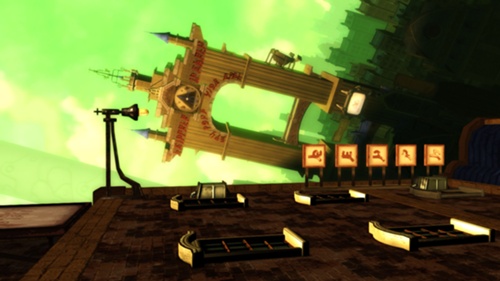