Deus Ex: The Fall is a successful experiment in simplification.

The Fall borrows the flavor of the futuristic Deus Ex universe along with the series' best gameplay features — stealth action and systems that support player choice — and packs them into a mobile-friendly 5-7 hours. While The Fall struggles with a frustrating final hour and occasional clumsy writing, it succeeded by pulling me right back into its evocative, proto-cyberpunk world.

Deus Ex: The Fall is essentially a side story to 2011's Deus Ex: Human Revolution. The year is 2027, and the world is divided into augmented humans and everyone else, with "Augs" requiring special drugs (neuropozyne) to stay alive. Multinational corporations and private military contractors essentially run the world, and human drama abounds amid the chaos. The Fall begins with an introduction to ex-spec-ops mercenary Ben Saxon and Anna Kelso, both fugitives of a private military contractor, hiding from their murderous ex-employer and jonsing for their necessary doses of neuropozyne. You play as Ben, who quickly gets caught up in a minor drug war. The plot is tight — and, appropriately for Deus Ex — laced with conspiracy theories and transhuman commentary. While the writing itself is often heavy-handed, and some characters are stock stereotypes, the story is an engrossing yarn and it moves quickly. 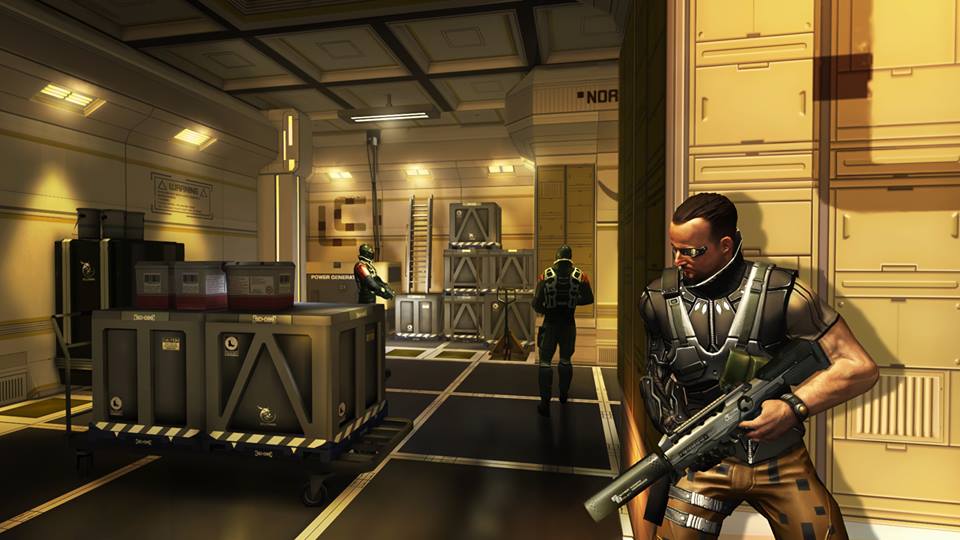 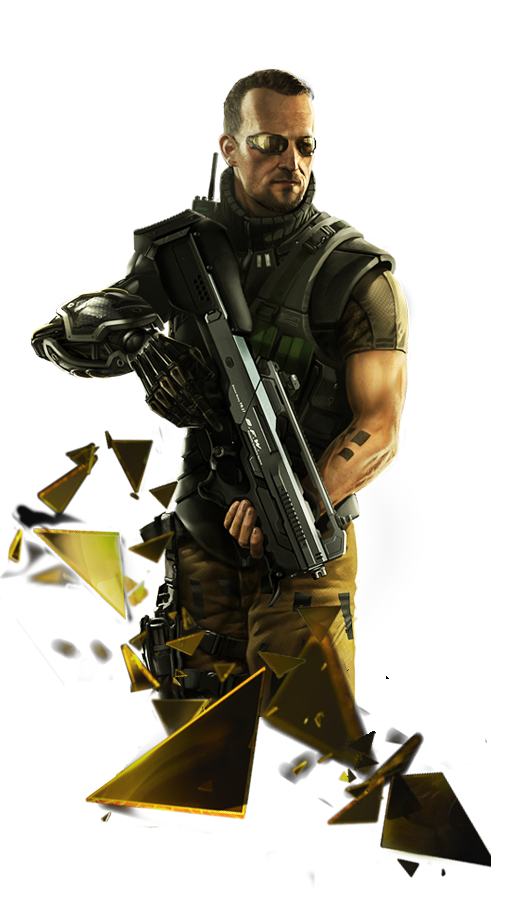 Gameplay is similarly well crafted (and occasionally clumsy). You control Ben via a virtual trackpad (the tap to move controls aren't worth bothering with), and explore environments filled with people to get intel and mission objectives from, computers to hack, secret passageways to explore and guards to subdue. Alongside your main mission — marked helpfully in gold — you can choose to complete side missions and explore off the beaten path. I almost always found it worth the trouble to get my hands dirty in the optional content — since I often found rooms filled with credits (currency) and story details that fleshed out the world. 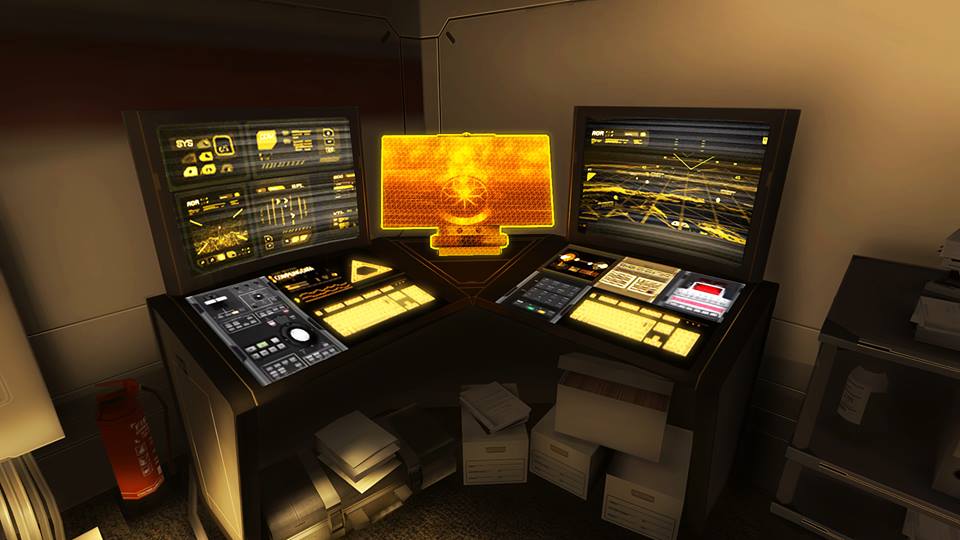 As in previous games in the franchise, you can choose lethal or non-lethal means of subduing enemies, with an impressive array of guns, grenades and mines to use if you prefer the former. Pacifist players have a silent takedown move and a stun gun — though both are only useful at close range.

I enjoyed sneaking around taking enemies down. Clearing a room is a tense, methodical process, and each successful encounter became a reason to celebrate by mid game. This was so even when enemy AI faltered comically — forgetting I was inches away, or sometimes even walking right into my embrace. The dumbed-down guards are a concession to the limited control scheme, and it works. 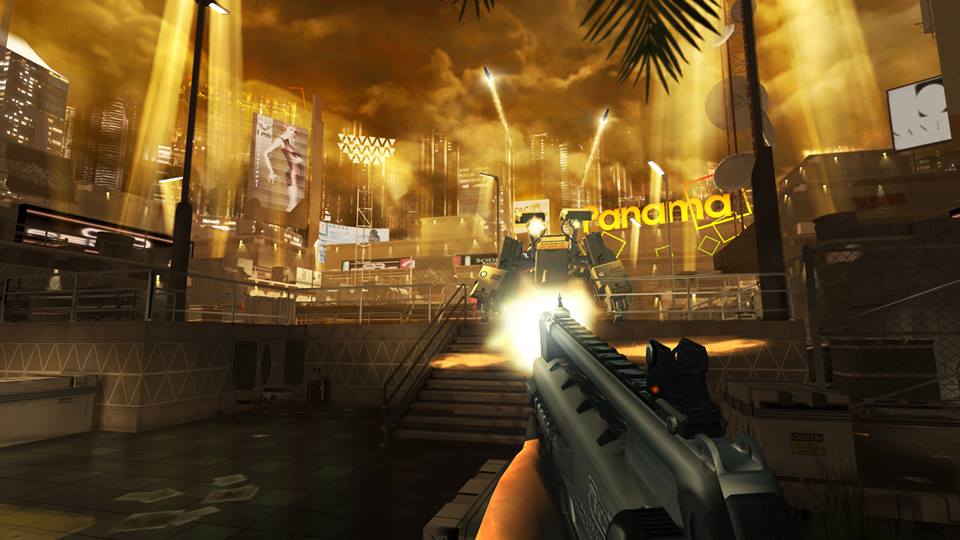 It's decidedly less exciting to go into situations with guns blazing, partially because aiming and staying in cover are so tricky. This leads to problems in the game's more action-oriented final hour, which all but demands that players — regardless of their style up to this point — get shooting. At this point, alert enemies can bring you down with one-hit kills through walls — a cheap move that you are admittedly also privy to, should you chose it as an upgrade — and stealthy take-downs just left me vulnerable in rooms full of combat rifle-toting commandos.

This focus on gunplay at the game's end was a poor choice, especially since the rest of the game actually let me decide how to go about my stealthy business.

The touch controls fare better in other parts of the game. Hacking is now intuitive — and enjoyable, as tapping on nodes and deploying viruses is now as simple as tapping the screen. Conversations with major characters are also easier to parse, thanks to the intuitive UI (and a "social" upgrade that allows you to read people easily). In these sequences, I actually felt like I was inside a futuristic adventure, instead of simply awake late at night on my couch.

What really sells the game, however, is the atmosphere and attention to detail. Everything from the e-books scattered throughout the world to the Picus news broadcasts paints the picture of a complicated, fascinating world. While the game can probably be finished in five hours, my play through stretched close to seven, since I was determined to read every email and inspect all of the incidental environmental details. Deus Ex: The Fall was clearly made with an understanding of what makes the property special.

Deus Ex: The Fall is an excuse to go back to the future

Deus Ex: The Fall's atmosphere and complexity compensate for any small missteps. The Fall made me feel like an augmented badass, sifting through a dark, fascinating mess of a world and finding — surprise! — that all was not what it first appeared to be. Itâs like sci-fi comfort food — and a perfect excuse to spend a little more time in the shadows.