Share All sharing options for: The Wonderful 101's multiplayer mode is pure chaos

Platinum Games' "mass hero action" game for Wii U, The Wonderful 101, is a challenging experience when playing by oneself. Wrangling dozens of citizens, aligning them with your superheroic cause and battling giant monsters and robots, can be dizzying.

In the game's competitive-cooperative multiplayer mode, leading a team of superheroes becomes a rainbow of beautiful chaos.

At San Diego Comic-Con this weekend, Nintendo's gaming lounge offered a preview of The Wonderful 101's five-player mode, an option that easily out-bonkers its single-player campaign mode. In the build of The Wonderful 101 we played, one player wielded the Wii U GamePad while four others used Wii U Pro Controllers.

Performing actions in The Wonderful 101 relies heavily on drawing. Heroes will draw a straight line to form their followers into a sword, for example, or draw a circle around ordinary citizens to add them to their team. That's easier to do on a Wii U GamePad touchscreen than with a Pro Controller. We didn't have much time to practice before being thrown into the multiplayer fray, but using the right analog stick to draw certain shapes proved more difficult than drawing others. I relied heavily on gun and sword in each battle, failing to reliably draw the required S-curves for a whip or circle for a fist. 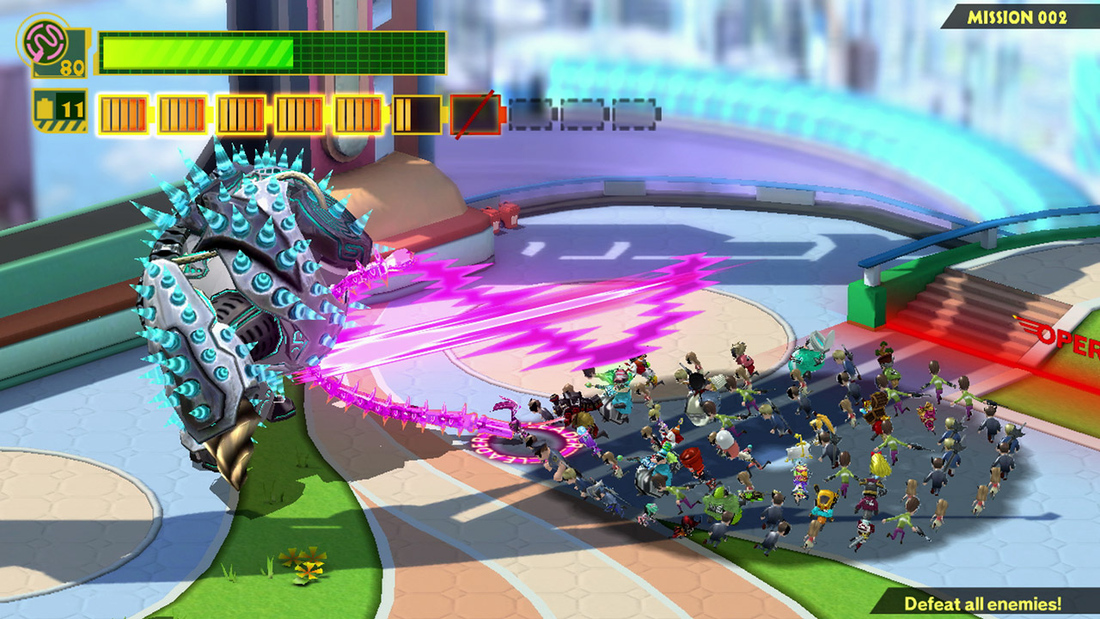 Gameplay is a mix of working together to battle enemies that invade each screen and competing to pick up spoils. During multiplayer battles, players will scavenge for O-Parts — currency that can be spent in an upgrade shop — and fight to snatch up new recruits. We played a set of three rounds of multiplayer (in a park, a city and a soccer stadium) and at the end of each, we were ranked by our score — the subtleties of which aren't immediately clear.

Keeping track of all the madness is easily The Wonderful 101 multiplayer's biggest challenge. There's just so much going on in each battle that it's difficult to keep track of while dozens of fighters scurry about and things explode. I spent much of my time focusing on the "2P" icon that floated above my hero, simply trying to keep my place.

The Wonderful 101 multiplayer manages to be a blast despite the visual chaos happening onscreen. Teaming up with a squad of other superheroes to bash things to bits is a delight, if only for the empowering feeling of speed-brawling through each stage.