Triumphs and tribulations of PAX Australia 2013

Share All sharing options for: Triumphs and tribulations of PAX Australia 2013

The first Australian Penny Arcade Expo was held in Melbourne, Australia over the weekend, the first international PAX since the Expo's conception in 2004. Despite controversy leading up to the event and being held in a remote country, its Australian debut was a huge success, the founders and organizers told Polygon.

"It was incredible," Penny Arcade co-founder Mike Krahulik told Polygon just before the show's conclusion. "It is not over yet, but it was really amazing. It is just like any other PAX except a bit smaller."

"I mean judging from what people have told us they seem like they had a good time," Penny Arcade's other co-founder, Jerry Holkins agreed.

PAX Australia communications and content manager Guy "Yug" Blomberg told Polygon a few hours before the Expo's wrap, that being the first PAX in Australia, the organizers learned a lot from it and were happy with the outcome. "The main thing for PAX here in Australia is we can build it, we can make it, we can get the exhibitors involved, get the freeplay areas," he said. "But at the end of the day we can't manufacture the numbers that turn up or the quality of the people. And I think that is the kind of thing that has been been nice, all of the people walking around super friendly, really engaged." 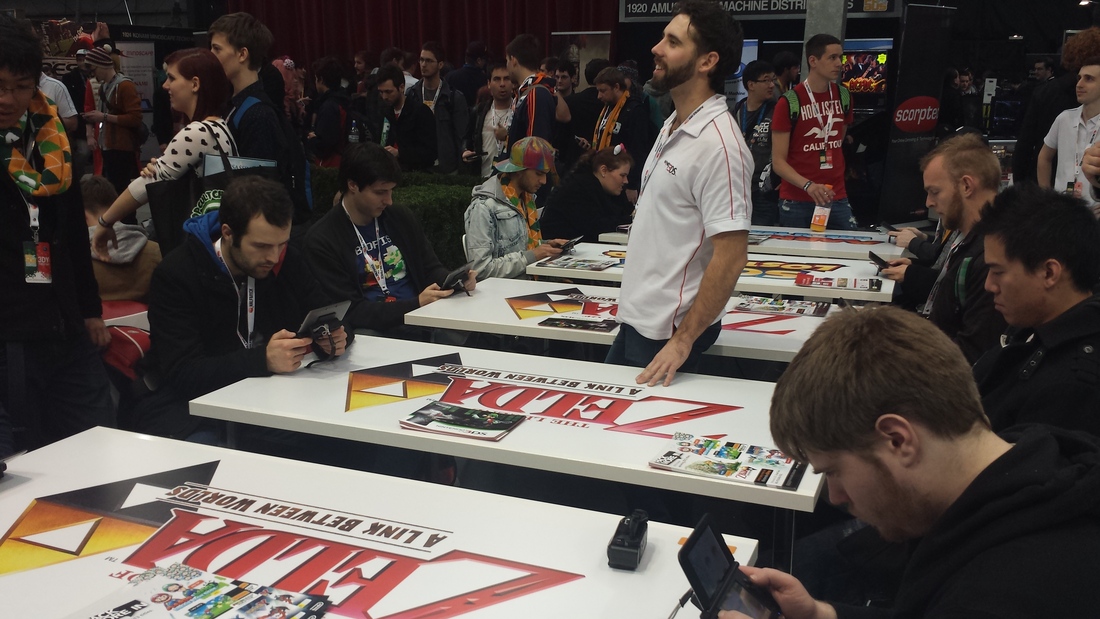 Krahulik and Holkins enjoyed the Australian community, saying "everyone is so goddamn polite" and passionate, especially compared to their "prickly" hometown of Seattle, which "in the states is even known for being rude."

"Melbourne is pretty friendly compared to any place that I have been actually. I've had a great time," Holkins said.

"The model to PAX has been very consistent, and we try to refine that model for the better each and every year, because frankly, it's what people like and expect to see," he said. Nor do they expect to shape the Australian gaming culture with PAX. "I don't think we're going to change or evolve the culture [of gaming] because it's so strong already. What we do hope is to give a platform for the culture to manifest itself in a physical way. Doing so on a large scale has always been the point to PAX, and from what we've heard so far, people have been ready for it for a while."

Khoo said the Aussie game culture is one of the "most appreciative communities" he's seen. "I don't see too many comments of ‘FINALLY' or ‘IT'S ABOUT TIME,'" he said about the feedback he received post-PAX Australia announcement. "Instead, my inbox is literally filled with folks just saying ‘thank you.' It's been a pretty awesome experience thus far."

"I think we — the PAX crew, the Penny Arcade guys — we are all just really glad about the community, it feels like a PAX because of the people here," Blomberg said. "It isn't a tradeshow with scheduled big publisher interviews, with unseen games, and things like that. At the end of the day PAX isn't about that. People come to the show floor and they go to the The Big Top, they chill out, they explore and they go to panels. And that's what I keep saying, it is a festival more than an expo."

"I love the fact that when the doors open, they come down that hallway and the first thing they do is turn left to go to The Big Top and play games," Blomberg said. "I love the handheld area with the beanbags and even when the bean bag area is full, they just sprawl on the ground with card games. The vibe is beautiful." 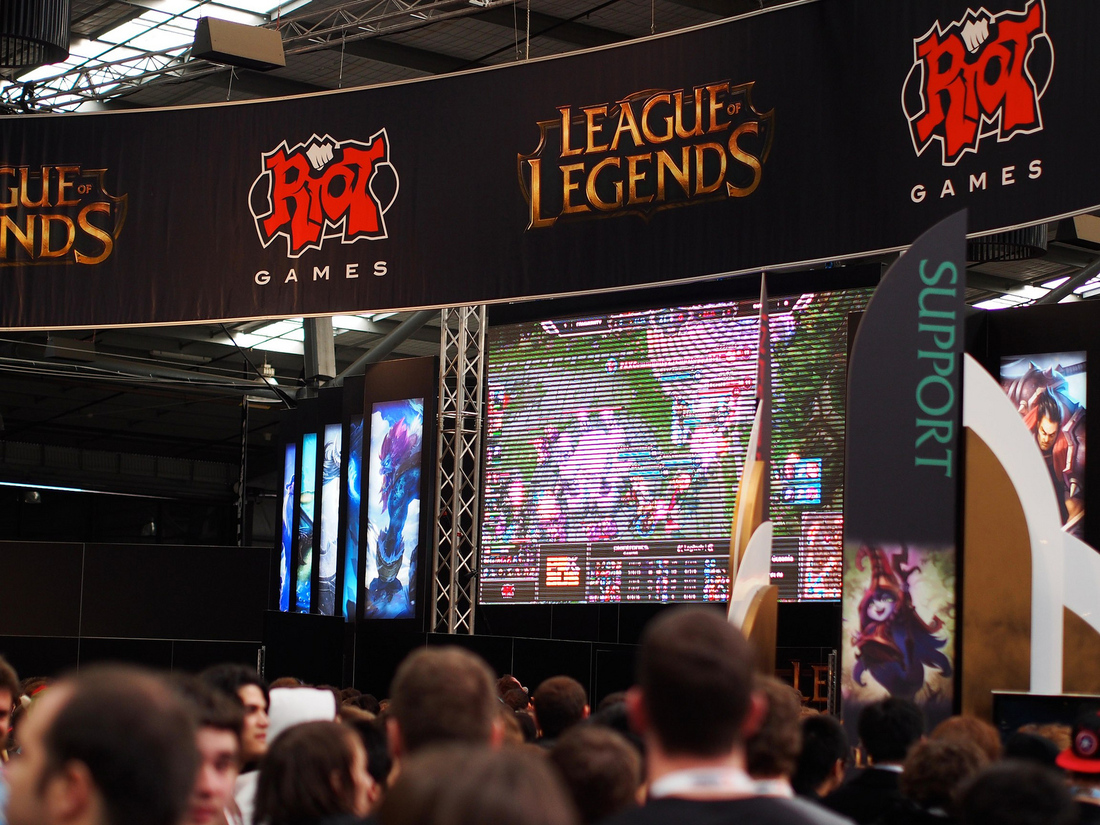 Penny Arcade and PAX Australia received a dose of controversy, in the lead up to PAX Australia Krahulik’s transgender comments caused people to boycott the event. Then a panel, initially titled " 'Why So Serious? Has the Industry Forgotten that Games are Supposed to be Fun?' with its original description of:

Why does the game industry garner such scrutiny from outside sources and within? Every point aberration gets called into question, reviewers are constantly criticised and developers and publishers professionally and personally attacked. Any titillation gets called out as sexist or misogynistic and involve any antagonist race other than Anglo-Saxons and you're a racist.
It's gone too far and when will it all end? How can we get off the soapbox and work together to bring a new constructive age into fruition?

The panel caused more people to boycott and pull panels. Krahulik said while controversy worries them that it'll have an effect on the events, it isn't an uncommon occurrence.

"No. I mean there was always a controversy before every PAX," he said. "There was dick wolves and there was always something and we always worry that it is going to bleed over to PAX and it never does."

Blomberg said the controversies brought up important and interesting issues that could have been discussed. He was disappointed that those outspoken about the issues brought up, didn't want to talk or engage it with it at the show. He suggested to those who pulled out panels to do panels about the issues.

"I also hope that those people who were really worried, that after this show, would feel more comfortable to do potential summit panels next year and actually be a part of the conversation," he said. "because I believe that PAX is a really welcoming and open place where that can happen." 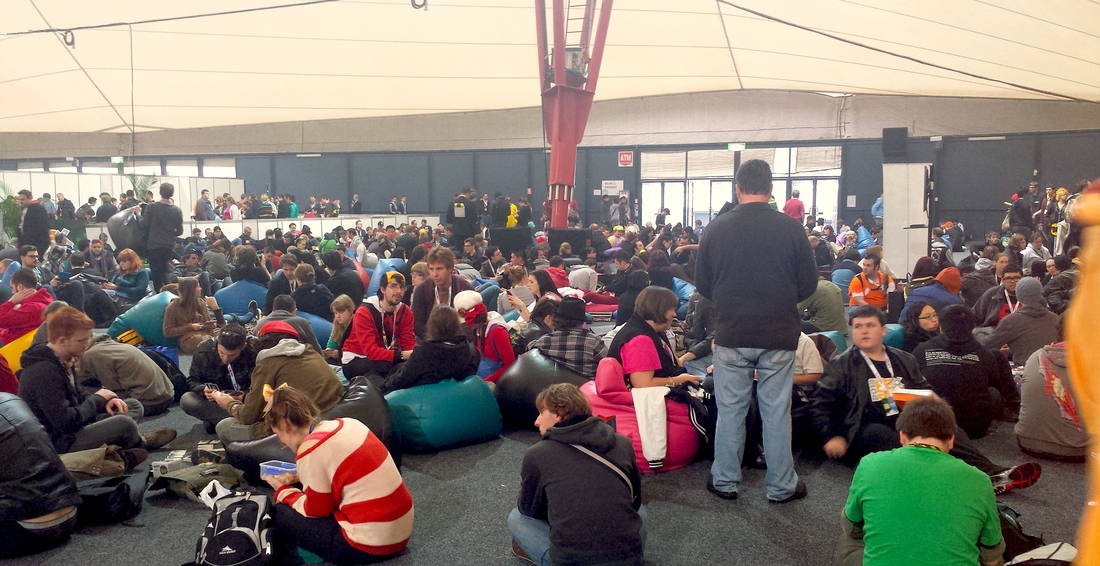 A number of publishers were absent from the show floor at this year's PAX Australia. The organizers said it could be due to a number of reasons, for instance, Australia's remote location may have been an obstacle for companies combined with it being held so close to E3 2013.

"It will always be a bit of a distance challenge for companies wrestling with marketing budgets, but two things are important to note," Khoo said. "One, PAX is so much more diversified than just an Expo Hall. Between the panels, the freeplay areas, the concerts, the parties, and the tournaments, it would still be an incredibly full show. Two, those other non-Expo Hall elements draw a tremendous amount of people... and game companies pay attention to huge groups of gamers.

"After we get this first one under our belt, a ton of publishers will hop on board realizing that we weren't kidding about the type of attendance numbers we draw, and that our ‘we are sold out' messages are in fact when we have reached fire code capacity for the venues rather than some sort of marketing mechanism," he said. "We'll also try to figure out ways to expand the show while keeping the same vibe, because after 2013, those that attended are going to tell everyone they know about the show."

Krahulik and Holkins said that publishers' caution was expected for the first year, they just had to prove that they could do it and it will only get bigger from here. "I think maybe from a logistics perspective it is an intimidating challenge," Krahulik said. "But if you look around, this is the place you want to be," he said waving his arm around the packed hall. "You want to bring your stuff here, you know what I mean?"

"I'm not going to name names, but there are already a couple of publishers saying ‘Yeah, we can't miss the boat with this,'" Blomberg said. "But at the end of the day, it was rough timing as well, it is right after E3. For the local publishers, it was kind of too hard to get the code from the states and we are in Australia, it has always been been a bit tough." 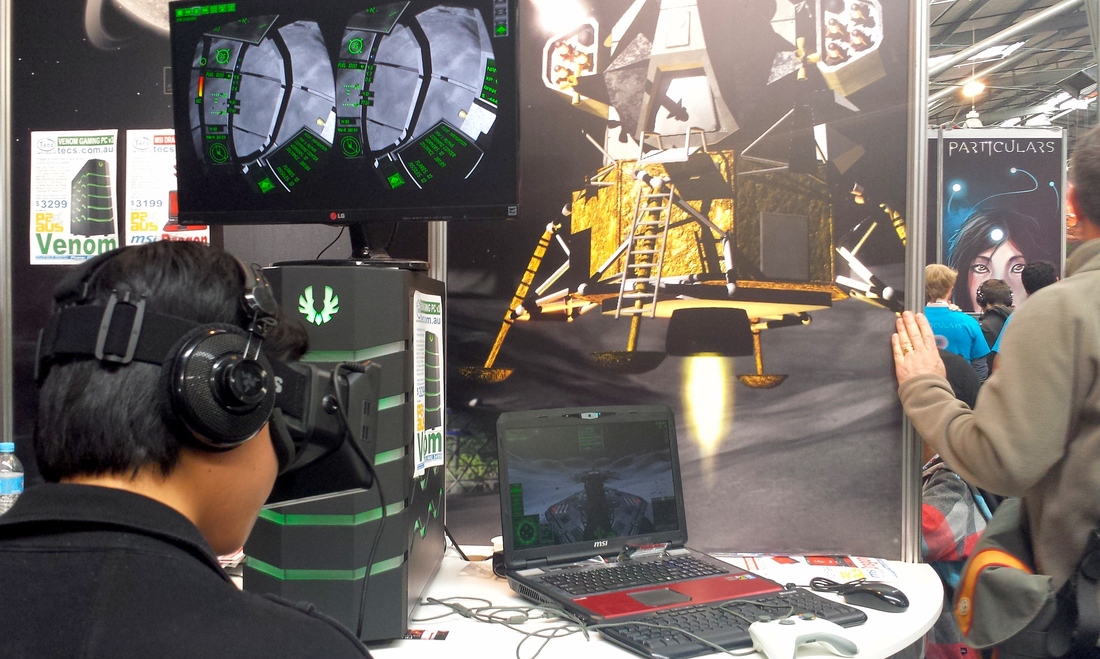 Khoo said that apart from being on the "the other side of the planet," which was " a million times easier" by having a team in place in Australia, headed by Blomberg, finding times where the East Coast, West Coast and Australian crew line up was one of the challenging aspects.

"I know this sounds obvious and silly, but it's worth noting," he continued. "So much of a show is done in measurements, and this may label me as an idiotic foreigner forever, but working on multiple shows with different units was far more difficult than anticipated."

"Flying here was the hardest part." Holkins said matter of factly. "It is a long flight. It was a unique challenge. I guess vomit was the biggest challenge. On the way over my son got motion sick and just threw up all over me — like two hours into the flight."

While organizers were unable to share attendance numbers with Polygon at this stage, next year's event will move to another location "to make the venue match the audience," the founders confirmed.

"Oh yes, with every show, PAX has never stayed in one venue," Holkins said. "If you look back, every other PAX has started at a smaller venue and then graduated, so yeah."

Blomberg guaranteed that next year's expo will be bigger, and they'll need bigger theaters and spaces. "We'll grow and we'll definitely learn from this year," he said.

"We are going to be in Melbourne next year, we are committed to Melbourne this year and next year, that is all I can say," he said. According to rumors, PAX Aus 2014 will relocate from its current location at the Melbourne Showgrounds to the Exhibition Centre in Melbourne.