Share All sharing options for: Opinion: Animal Crossing tells the beautiful story of our mundane lives

Every day, I check the turnips.

On Sundays, I boot my Nintendo 3DS and log into Animal Crossing: New Leaf, where I buy a bunch of turnips from a sow. Every other day of the week, I make a stop in the Re-Tail shop, where I try to sell them to an alpaca. The alpaca gives me today's price, and if it's high, I sell; if it's low, I hold; if it's too low, I curse and swear. I do this just about every day now, and if I'm too busy I'll call my kid and ask him to check for me. It's not a life or death thing — rather, it's somewhere between a routine and a ritual.

I have other routine/rituals. I check in on Hero Academy once a day, to take turns in my games; before that, I played Warlight. That daily routine of checking a multiplayer game, taking a turn, and either winning or losing a war has held steady for me since ... damn, it's been 2009 since I got in that habit. Fifty years ago I would have been playing chess or checkers by mail, keeping in touch with old friends with whom the only words I exchange are, "Hello," "Why the hell did you do that?", and "Good game." But even today on an iPad, it fills the same need.

Selling turnips is somewhere between a routine and a ritual

When I write about or talk about video games, I usually look for the dramatic ones: the big stories, the stunning setpieces, the games with moments that really stuck with me over the years. Those memorable ones tend to be story-based games, because they're the easiest to talk about — they're already a story. If I had to make my list of fave games ever, it would be topped by Planescape: Torment and Grim Fandango, because they were so wrenching and original and memorable. But Tetris has to go on there too, both because it's like a platonic ideal of a video game, and because of the weeks I spent playing it freshman year of college, at the newspaper office, with a can of Black Label and a hit list of deadlines on the wall behind the Mac.

I didn't always recognize the importance of this. When I started covering games in 2006, I focused on the content of games, because that was the easiest way to hold them up to any other media. Like movies, they can tell stories. Like music, they change with every performance. Like books, they are often long. Like history, they have backstory. See what I mean? You're probably as sick as I am of the "are games art?" debate, but you know, you might be meeting me for the first time here, so I want to be upfront with you. I was a "narratologist," not a "ludologist." I wanted games to tell the next great stories, and I though the mechanics were, you know, just mechanical. 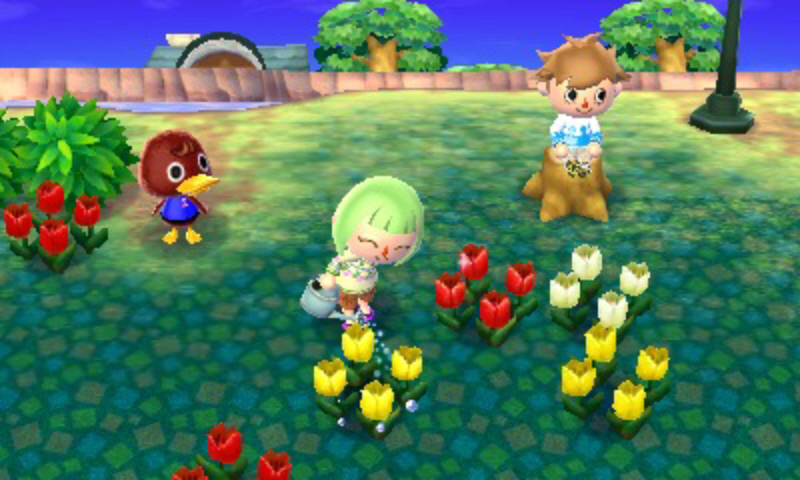 But over time, I focused on game mechanics and game design. I got into the weeds of how games work. And then a couple years back I started writing for games, and realized exactly how narrow a role the words and plot and even the characters could play in the experience of a video game. Yes, it's great when a game "means something," but the meaning has to come from everywhere — the art, the sound design, the choice of music, the lighting and most of all, from the mechanics that create the actual activity you engage in, minute by minute, second by second, that gets you walking one foot in front of the other.

Like my routine — ritual — practice? — of walking to the same Turkish coffee shop every day for the same drink, a double-espresso, and to say hi to the same people, to hear how they're doing this day, in this weather. Or the running jokes I have with my kid, like telling him a secret after he's pretended to go to sleep, a new one every night, all of them just as dumb.

There are games that model daily behavior — even games that make you brush your teeth — but there's no need to be so literal: the most exciting and violent practices of a video game are just as mundane and essential as the most basic human habits of going to the bathroom, fixing a simple dinner, adjusting the covers before you asleep. The mechanics of a game mimic the scaffolding on our real everyday lives. The big moments aren't the most important ones.

So while in the past, I've tried to write about games as culture and art and all of that, nowadays I want to understand them as life — to understand how their activities, from the second-by-second to the day-by-day — shape our experience and reach into our existence. And if there's one way that games triumph over other media — those records, books, and movies I mentioned earlier — it's in the way that their routines can be repeated day after day without exhaustion, without an arc, without the need for resolution. Cutscenes come and go, but a game is part of your life for days, weeks and months. When I finally abandon Animal Crossing: New Leaf, it won't be because the game told me to stop; I'll give it up because the part of me that needed it all that time has shifted to something else. Like most people's lives, there's no big finale — when it's time, you just move on.

Chris Dahlen is your new monthly pal. He is formerly of Edge, The Onion AV Club, Paste, and Kill Screen Magazine, where he was co-founder and editor. He was also the writer on Klei's Mark of the Ninja. Look him up on Twitter @savetherobot.