Eidos Montreal founder: Square Enix makes great games, but needs to learn how to sell them

Share All sharing options for: Eidos Montreal founder: Square Enix makes great games, but needs to learn how to sell them

In the wake of an extraordinarily bad fiscal year for Square-Enix, the publisher, its studios and the Enix division were thrown into a panic-fueled turmoil that led to a confused, secretive new strategy for the embattled company, said recently departed Eidos Montreal founder Stephane D'Astous. And for D'Astous, it was that plan, created in a terrifying vacuum of information internally, that led to his departure.

"Obviously our last fiscal year was not exactly a great one," he said. "I think that senior executives at (Square Enix Europe) almost started to panic and it was difficult to know what type of changes we needed to do, and it took a lot of time before some information came out from HQ.

"It was unfortunate that the senior staff of the studios didn't really participate in the new strategic plan."

D'Astous doesn't contest the need for change. That Square-Enix needed to do something drastic was obvious, he said.

"We brought three triple As to the market, and despite that great line up and those great critical reviews we still managed not to respect our financial goals, so that really shook up a lot of people," he said. "When the fiscal results came out official we were all surprised."

Square Enix needs to learn how to sell their games, D'Astous says.

Square Enix, D'Astous said, "has some things to learn about how to sell their games."

"We are in a situation that we have great games that could have sold more," he said. "They need to attack that very, very seriously. Last year was supposed to be a home-run season, but we didn't hit a single home run; maybe a double or a triple, but they weren't home runs.

"I think in those situations when people are put into immense pressure they sometimes change."

That change seemed to power the way Square Enix Europe and Square Enix went about coming up with a new plan, D'Astous said.

"My management style is to have your major players participate in building a new strategic plan," he said. "But that wasn't the case and it was then very hard to have the buy-in of the plan that landed on our desks. It wasn't the way I would have worked."

D'Astous declined to comment on the specifics and the nature of Square Enix' plan to save itself, saying only that Polygon should ask Square Enix Europe CEO Phil Rogers.

"He is the master planner behind this," he said. "I had difficulty understanding all of the different elements of his plan, so it would not be very logical for me talk about it."

D'Astous was willing to talk about how Square Enix got to this point.

First, he told Polygon, it's important to know that Square Enix remains a divided company. A sharp separation still exists between Eidos &mdash; the publisher behind Tomb Raider, Hitman and Thief franchises, which was acquired in 2009 &mdash; and Square Enix, the Japanese publisher giant behind the Final Fantasy and Dragon Quest series. His take on the problems that are fueling Square Enix's downfall all come from the perspective of a long-time Eidos employee who views the company through that very specific lens.

"Square Enix is in a tight spot because there are compromises that are made, investments that are made that should not have been and things that they didn't invest in but should have," he said. "Communication is very lacking." 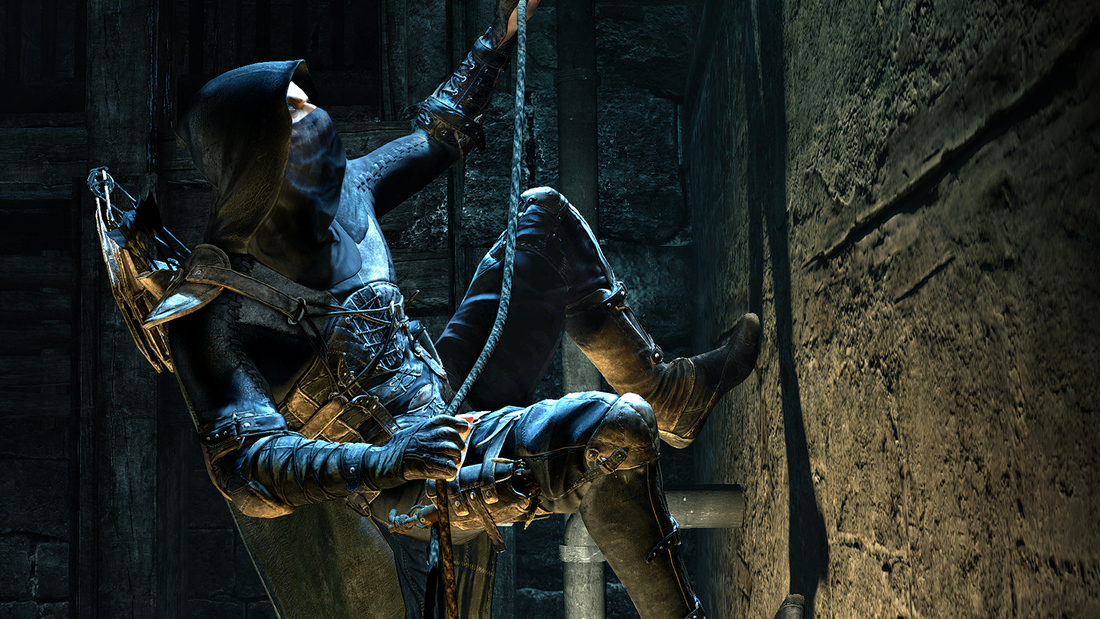 Square Enix Americas, which recently lost its CEO Mike Fischer and hasn't replaced him, is one example of that, D'Astous said.

"We had a lot of underperforming titles from that territory for too long," he said. "I think under Mike Fischer, when he was there, there was some experimentation in mobile but it hasn't really lifted off and I don't think it's their mandate to develop games, they're mainly there to publish."

As for Eidos, D'Astous said the studios should be fine, though the changing nature of game players worries does mean the company needs to rethink some things.

"Eidos always had ups and downs since its birth," he said. "They have great, great franchises. In my book content is king. I know that logic is being challenged right now with new business models and new behavior of consumers, wanting a lot of things free. But there is a future, they just need to adjust because the middle of the road traditional content will not cut it anymore. I'm quite confident in the developer side of things."

He was so confident that he spent the last few months trying to get the company to change it's new strategy, telling them that he was going to leave if things didn't change.

Had Square Enix's leadership worked with the company's head of studios and head of departments to come up with a plan together, D'Astous said he would have stuck around. But the top-down approach left him with no confidence in the company, he said.

"Eidos Montreal was my home, blood, sweat and tears, call it what you want, for the last six-and-a-half years."

Part of D'Astous' persistence in trying to stick with the company and work with its executives to try and make things work, comes from his deep affiliation with Eidos Montreal, which he founded in 2007 under the Eidos banner.

"Put yourself in my shoes," he said. "I like to say I was the father of Eidos Montreal. I was employee one. I worked in my basement for four months before we had an office.

"Eidos Montreal was my home, blood, sweat and tears, call it what you want, for the last six-and-a-half years."

What makes this sudden departure all the more personally painful to D'Astous is that he leaves without delivering on a promise he made when he opened the studio in 2007.

"My first mandate when I opened Eidos, two things I had to deliver was Deus Ex and Thief," he said.

Deus Ex: Human Revolution shipped in 2011 to great critical response. Thief remains in development, a game former developers say was mired in internal politics. Though D'Astous has no doubts the game will ship and be well received.

"Thief has been a long project," he said. "Some of your articles (about the game's development) were a little bit harsh. If you take into perspective every different element, it was blown out of proportion in some aspect. Every triple A has its up and downs and I guess we were exposed more to the public when we were at the bottom of the barrel. That was a long time ago.

"The new team and producer has turned the corner and they're doing a good job. That is one of my biggest regrets, not to be at the head of the studio that would deliver Thief."

D'Astous responded to our email seeking an interview almost immediately this morning and answered the phone sounding happy, relaxed: "I'm on vacation right now," he said before we could ask our first question.

He followed that up with: "Last Friday was my last official day at Eidos Montreal. It was a long process of making that decision, obviously."

You might say that a load has been lifted from his shoulders and he's in no rush to pick that load back up.

He has no immediate plans for a new job, not yet.

"I swore to my wife and kids I was going on vacation with them until September, so I really need to unplug and take my mind off all of this," he said. "It was a great run. It was my dream job and my goal is to find my next dream."