How Earthbound crossed a cultural divide

Share All sharing options for: How Earthbound crossed a cultural divide

Super Nintendo RPG cult-classic Earthbound (Mother 2 in Japan) was re-released as a Wii U download last week, bringing back memories for those who played the game, back in the mid-1990s.

None more so perhaps than Marcus Lindblom, the man who took on the enormous challenge of translating the game from Japanese into English.

Talking to Wired, he recalled the difficulty of taking a quirky Japanese adventure and presenting it to English speakers, so the game could be understood, while retaining the appealing strangeness of developer Shigesato Itoi's script.

Earthbound, which was also produced by current Nintendo chief Satoru Iwata, features a group of four children in a surreal real-world environment.

"The biggest challenge we had in a lot of ways was how to handle the cultural references," said Lindblom. "The thing that's really weird about Earthbound is that I was trying to translate someone's view of what the U.S. is like from the outside, someone who, obviously, isn't American. I had to take an outsider's view of the U.S. and turn it into something everybody here would play and understand. That was one of the more difficult things to do."

I wanted to keep the game goofy and quirky

He said that there were plenty of features in Itoi's original that needed to be amended for a U.S. release. "The other thing we did try to do — and we weren't always 100 percent successful — was tone down a lot of the references to intellectual property. We did definitely look at it and say, ‘OK, the artwork on the truck looks a little bit too much like the Coca-Cola logo, we need to change that.'"

References to alcohol were changed to coffee, religious imagery was mostly eliminated, some characters who looked vaguely like Ku Klux Klan were amended.

But Lindblom was given plenty of freedom to make the amendments we thought were necessary. Itoi was not involved in the translation at all. 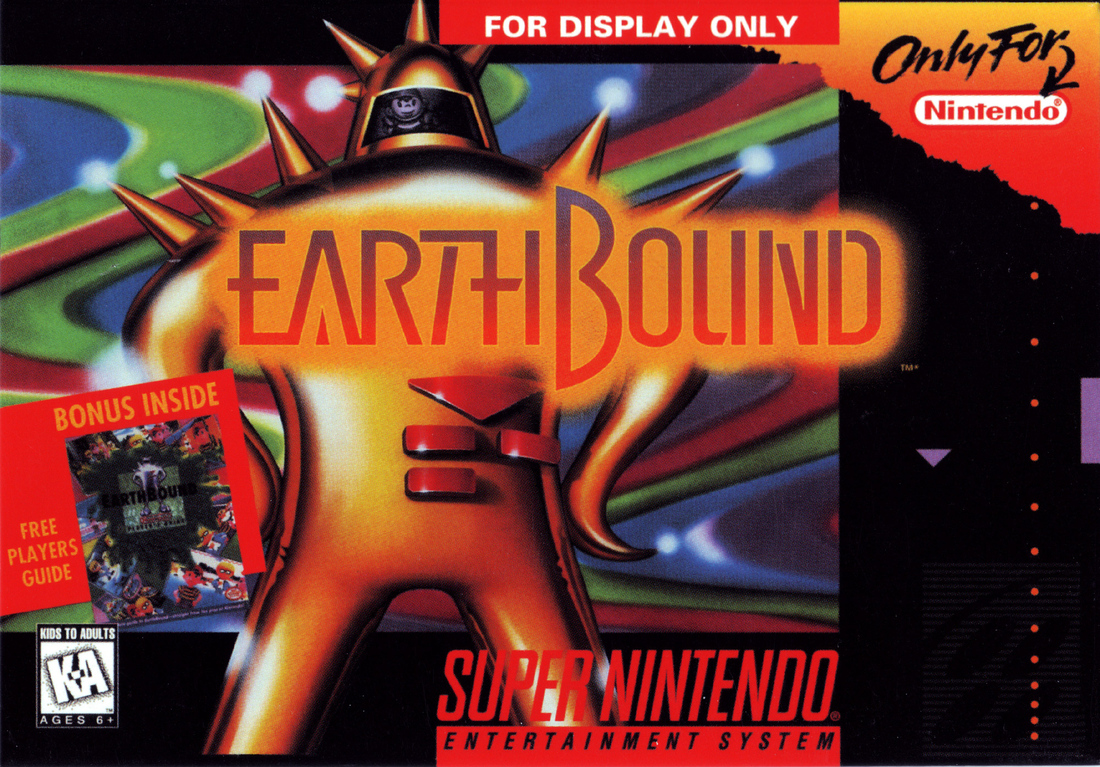 "I had three goals," said Lindblom. "Stay true to Mr. Itoi's writing because, well, it is great writing with a fantastic story and there's just a lot of heart and a lot of great things in there. At the same time, I didn't want to have a really disjointed, confusing story. I had seen a lot of bad translation work that just didn't work well at all. Then the last thing was I really did want to keep the game in that goofy, quirky sort of vein as much as I could while staying true to the first two things.

"Luckily, I guess I must have achieved something with it because most people seem to respond well to the work. I've worked on lots of games, many of which are very forgettable. So to have a game that was so personal for me and also a game that I worked really hard on, to have it gain a following over time and have people respond favorably to it is really a satisfying life experience that not a lot of people get."