Share All sharing options for: Indie devs say Xbox One self-publishing is 'a move in the right direction'

Reports surfaced earlier today that Microsoft would make Xbox One publishing more like that of the iOS App Store by, for example, removing costs that Xbox 360 developers incur to release software updates, setting their own prices and allowing retail Xbox One units to serve as debug kits.

Hours later, corporate vice president Marc Whitten released a statement outlining Microsoft's vision that "every person can be a creator" and "every Xbox One can be used for development."

Microsoft's reputation within the indie scene is already a dismal one in the eyes of many developers. Following initial reports that Microsoft would retain its self-publishing policies, developers spoke out on the problems of barred entry — independent publishing allowed them to take risks without the trouble of a second party. Other developers were confident in Microsoft's ability to support indies, while some were skeptical that self-publishing in the new console generation would change at all.

"Microsoft has just lowered the barrier to entry developing on a console."

Some developers are waiting to hear more information before making any big decisions.

"Will it be like XBLIG, or like Steam, or somewhere in the middle? Who knows!" Braid creator Jonathan Blow told Polygon. "What is the revenue split? What is the approval process? Nobody knows! Is Microsoft going to get over their cultural problem of treating independent developers like garbage? If so, how? Nobody knows!

"Nothing useful can be said until details like this are known," he added.

Kevin Dent, CEO of Tiswaz Entertainment, sees the move as a way to open up console development to the masses.

"I love it," Dent told Polygon. "If you want to put a swear word in there, I fucking love it.

"If they're going the route of iOS where anyone can publish — where some kid in Ohio can make the next Angry Birds in his mom's basement (just to throw in a stereotype), this is brilliant news."

If all an aspiring developer needs is a $500 Xbox One and a free copy of Unity 3D game engine (support for the next-gen console was announced as free of charge in June), Dent said, then Microsoft has obliterated the existing barriers that required investment in expensive development kits and publisher sponsorship to appear on the console.

"It's a no-brainer," he said. "It's like $500 or $600. I cannot stress enough how Microsoft has just lowered the barrier to entry developing on a console."

"In a market where Apple, Steam, and PlayStation 3 and PlayStation 4 allow indies to self publish, Microsoft has to do this to compete for indie developer attention," he said. "More options for developers means more interesting games getting out to players. It's a win for everyone.

"More options for developers means more interesting games getting out to players."

"We haven't considered [publishing to Xbox One] at all due to their policies, but hopefully things will change," he added.

Bryan Sawler, president of Dragon Fantasy developer Muteki Corp, said the studio's decision to publish on Xbox One will be contingent on "how far Microsoft goes" with the policy.

"If this ends up being a repeat of Xbox Live Indie Games — the not-so-successful 'indie self-publishing' platform for the Xbox 360 — where the games are all quarantined off into their own segment and hard to find, it will be harder to justify the resources than if independent games are able to take their place front and center with the rest of the releases," Sawler said. "Microsoft has taken some great steps to react to the feedback they've gotten post-E3 so far, but until we can see more about how they're going to be providing this we don't have any official plans either way."

The policy reversal is "a move in the right direction," 17-Bit's Jake Kazdal told us, and the change has caused the studio to put Microsoft's next-gen console back on the table.

"We [previously] did not have plans to publish on Xbox One in the near future, but now it is a possibility, which is nice," Kazdal said. "A healthy range of choices for small developers is nothing but good news."

"One of the bigger things, being a developer and a consumer, is that it puts Sony and Microsoft on equal footing, in a lot of ways, which is always good because it forces them to have to compete even more for our money," Rambo told Polygon.

From a developer's standpoint, it could potentially eliminate the need for a publisher, and Gaijin "likes self-publishing," he said with a laugh. But that doesn't just apply to Gaijin.

"I met some developers at E3 who were there looking for publishers in order to release games on Xbox One," he said. "It seems like it was a struggle for some of the smaller developers.

"Definitely nothing's set in stone for us," he added, "but it's something we'd be happy to see, if this comes to fruition and Microsoft really is going to drop that barrier and allow us to self-publish."

"As an independent developer, I would love to see Xbox One be a viable, healthy platform."

"I think the real test will be the discoverability of the games on the dashboard," he said. "The gauge of a healthy channel is the success of the middle — it's not enough that a few games are hits, there also needs to be a wide base of developers that are making a decent income. This lowers the threshold and allows more developers to jump in and take risks. 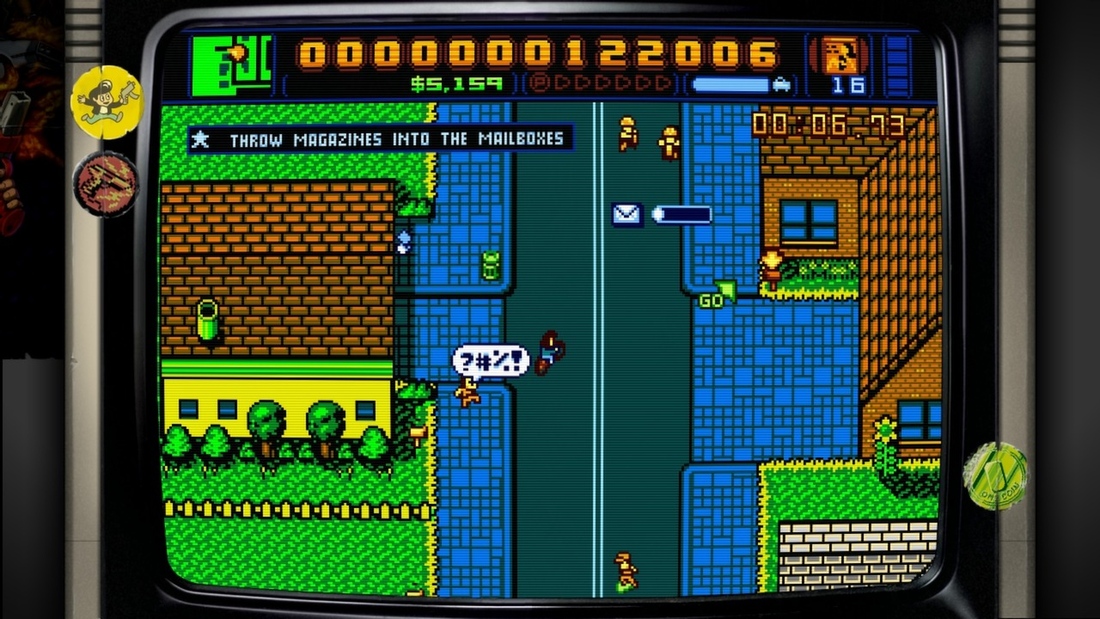 Vblank Entertainment developer Brian Provinciano (Retro City Rampage) told Polygon that, while the policy seems to be "a great thing," Sony still seems to have the edge.

"On PS4, for example, developers can tap right into the system; use every bit of RAM and all of its power," Provinciano said. "Indies have access to everything that the AAA studios do, from platform support to development and release. The indication on Xbox One is that it's essentially [Xbox Live Indie Games] 2.0. Instead of XNA [Xbox development tools], it's Windows 8. Windows 8, which is already struggling to gain developer interest, will gain a boost from developers wishing to target the console. However, it won't be as full-fledged as published games on the system."

He went on to say that there's more to working with a company than its policies, and his experience with Microsoft still leaves him wary of Xbox One development.

"After my experience working with them to release on Xbox 360, I have no interest in even buying an Xbox One, let alone developing for it," he said. "The policy changes are great, but they don't undo the experience I had. I'm not ready to forget what I went through. Working with Microsoft was the unhappiest point of my career. Policies are one thing, but developer relations are another." 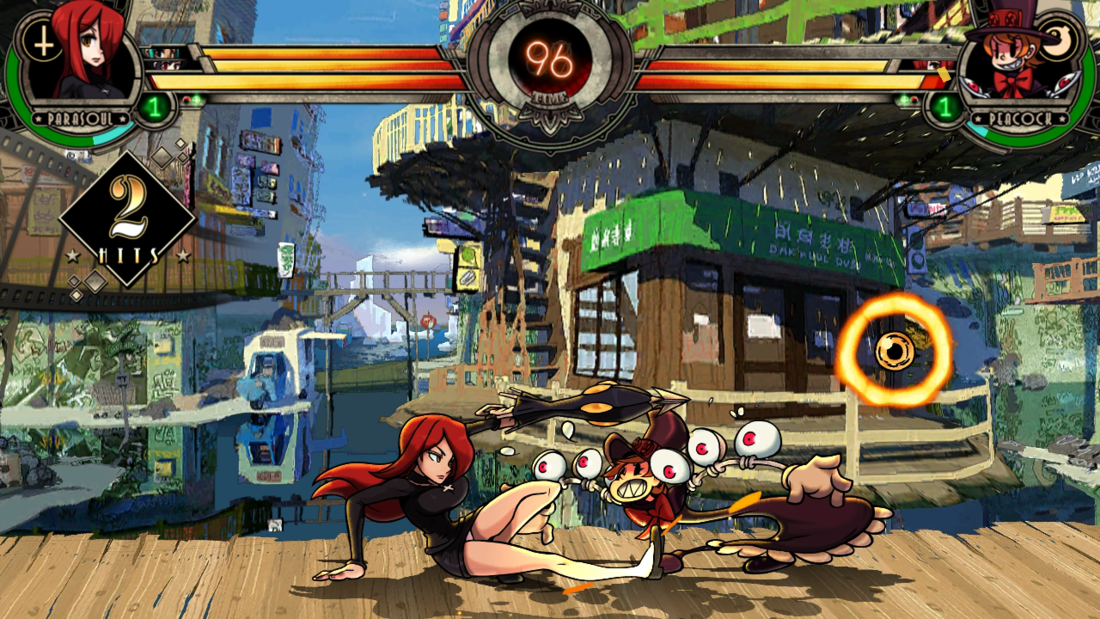 "All of this sounds very encouraging, but I'd need to see the fine print before making any kind of final judgment," Bartholow told Polygon. "After all, these new policies were crafted by the same people that made the last set of awful policies." In particular, he wants to know if "Microsoft has done away with their restrictive and destructive content parity policies, which were designed to hurt Sony but also made things significantly more difficult for developers."

Regardless of his misgivings, he said that the developer of Skullgirls is still interested in Xbox One development.

"Lab Zero was pretty down on the Xbox One before. So if the playing field is now truly level, then this is great news and I think we'd definitely want to self-publish on the Xbox One."

"Of course, this is great news and Vlambeer is happy to hear that," added Rami Ismail, co-creator of Super Crate Box and Ridiculous Fishing. "Obviously, we'll have to wait until Gamescom to hear all the details and figure out whether limitations are in place.

"We've been discussing this exact issue with Microsoft for a while and to see them following Sony's lead in an open indie strategy is great for the industry," he added. "Anything is better than nothing."

Polygon has reached out to more than a dozen indie developers for their reactions on the policy change. We will continue to update this story as they respond.