Microsoft details Xbox One indie self-publishing, 'every Xbox One can be used for development'

Share All sharing options for: Microsoft details Xbox One indie self-publishing, 'every Xbox One can be used for development'

Following reports this afternoon, Microsoft has confirmed its plans to allow self-publishing on the Xbox One within the console's first year, adding that additional details would be coming at Gamescom in August.

"Our vision is that every person can be a creator," Marc Whitten, corporate vice president at Xbox said in a statement. "That every Xbox One can be used for development. That every game and experience can take advantage of all of the features of Xbox One and Xbox LIVE. This means self-publishing. This means Kinect, the cloud, achievements. This means great discoverability on Xbox LIVE. We'll have more details on the program and the timeline at Gamescom in August."

"it won't all be there at launch"

It's a "vision," Whitten clarified to Polygon, because the system won't all be in place at launch. "It's how we architectured the [Xbox One]," he said. "But it won't all be there at launch."

Well in advance of Xbox One's official announcement, Microsoft said it had no plans to release a new version of its XNA dev tools, leading to concerns that smaller, independently developed games would have an equally tough time finding a home on the next-generation Xbox. The Xbox Live Indie Games platform was often criticized for isolating its games far from where players would look for new games.

"Our intention is that there will not be an indie ghetto," Whitten said. "I do believe in some curation and I want the best to flow to the top. But I also want to be able to see what's trending on the surface. At the end of the day, discoverability will be driven by spotlight human curation and by usage."

Microsoft's earlier messaging on self-publishing and indie support — near-complete silence, really — was in stark contrast to Sony's very public embrace of indie developers. At Sony's PlayStation 4 unveiling, Braid developer Johnathan Blow showed his next title, The Witness, alongside debuts of Infamous: Second Son, Driveclub and Killzone: Shadow Fall. And at E3, a gang of indie developers took to the stage to promote games like Octodad, Transistor, Mercenary Kings and more.

Xbox One's E3 showing had signs of indie life, with Capy Games' Below and Minecraft: Xbox One Edition sharing stage time with the likes of Titanfall, Forza 5 and the next Halo game.

But the appearance of "The Indie Eight" at Sony's E3 press conference, wedged between a stunning tech demo from Heavy Rain studio Quantic Dream and announcements for Final Fantasy 15 and Kingdom Hearts 3, sent a resounding message: PS4 is home to both big, blockbuster games and quirky, independent titles.

Microsoft's, like much of the company's official line on Xbox One, came across as lacking and, at times, alienating, focusing more on bringing TV programming and fantasy football to Xbox One at the expense of the next Braid or Minecraft.

Since E3, Microsoft has made an effort to show it's taking indie developers and self-publishing more seriously, announcing a partnership with Unity to provide free software licenses to developers if they bring their products to Xbox One, Xbox 360, Windows 8 and Windows Phone 8.

Microsoft's new plan for self-publishing, which adopts an approach more like Apple and Google's through the iTunes and Google Play app stores, brings the Xbox One's narrative more closely in line with Sony's. Microsoft and Sony are not yet on equal footing, especially from a perception standpoint, but today's announcement shows the Xbox One catching up, further willing to bend on previously defined (or ill-defined, as the case may be) policies. That's good news, both for developers and future owners of each console. 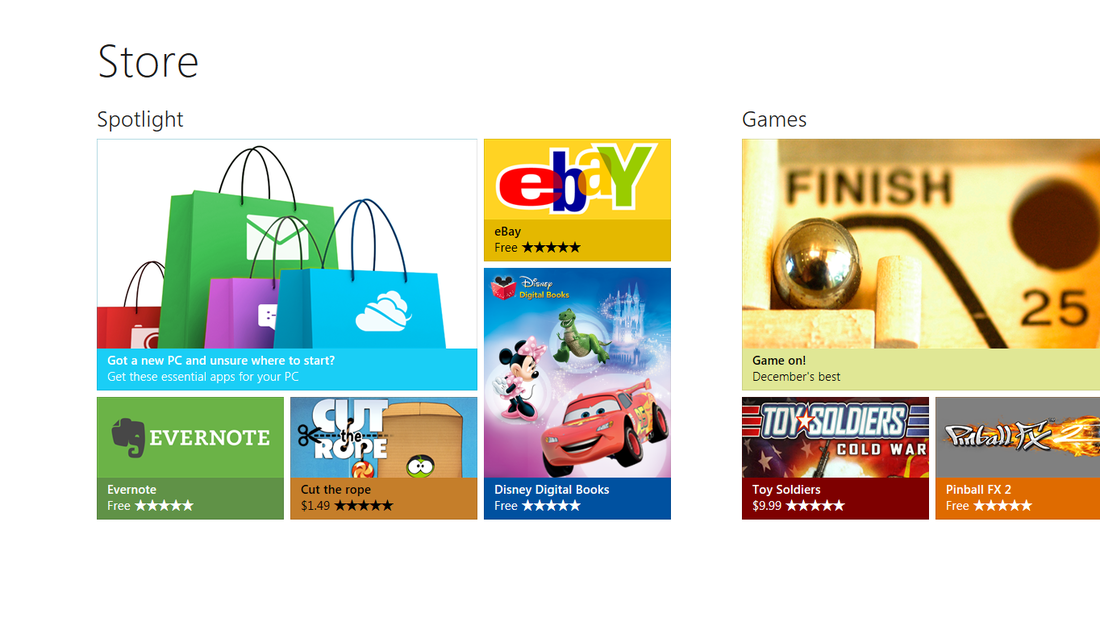 Whitten shied away from digging into the specifics of what architecture the Xbox One and Windows 8 will share, but said that when indies create things for the Xbox One they won't be "Windows Store apps" though, on the highest level, the desire is to allow developers to create things that can effortlessly move between Microsoft platforms.

"We would love for you to be able to roll something out and it would touch phones, consoles and Windows," he said. "But there is work we still need to do to make that easier for people."

Microsoft has made a significant effort to deliver a unified "marketplace" across its other platforms — Windows Phone 8, Windows 8 and Windows RT. On Windows 8 and Windows RT, so-called "Windows Store apps" distinguish themselves from desktop apps by being compatible regardless of whether they're being run on an x86-powered desktop computer or the mobile ARM-powered Windows RT environment.

Whitten said the newly announced self-publishing policy isn't a reversal or a last minute change; rather, it's something inherent in the way the Xbox One was designed.

"This has been why we built a bunch of how the architecture works," he said. "The idea that you can develop against a production Xbox Live service. That's why we architected that. We wanted to make it easier for all types of games and content creators to take advantage of the platform and Partnernet and Dev kits could never scale."

The hope, Whitten said, is that by opening the flood gates to developers, the Xbox One becomes the sort of console where the next Angry Birds or next Minecraft could surface. "I hope this is a place where we see this unrivaled diversity of experiences," he said. "I get excited by what really creative people will do when they think about Smartglass, Kinect and our Live services. Some will be small quirky and fun and some will be huge, epic and creative like Minecraft."

As for who is going to make the next Minecraft, and will they do it on Microsoft's new console, Polygon spoke with a handful of developers from independent studios like 17 Bit, Uber Entertainment and Gaijin Games.