Why gaming's latest take on war is so offensive to Russians

Share All sharing options for: Why gaming's latest take on war is so offensive to Russians

Company of Heroes 2 found broad favor with the media, gaining an 80 percent average on Metacritic. But there's one group of people who really don't like the game.

Critics in Russia and the countries of the former Soviet Union say its portrayal of the Eastern Front in World War II plays to Western bias about history and clichés about the Soviet war effort.

Following a video posted by 'Bad Comedian' in Russia, fellow countrymen bombarded Metacritic, dragging the game's user score down to 2.2. "The story is not true and is a complete falsification of the history of Russia and its methods of warfare," wrote one. Another added that the game had taken "dirty myths about war and turned the story into ideological rubbish."

Thousands of people have signed a Change.org petition that attempts to persuade Steam to block the game in CIS countries. The petition brands the game as "disgusting."

Sergey Galyonkin runs a popular games blog in Ukraine and works for Russian developer Nival, which has created military games like Blitzkrieg. "CoH2 manages to use almost every single Russia-related trope," he said. "Gulags, army without any weapons, Russians shooting their own soldiers in the back. By the third mission I was honestly expecting to see bear cavalry."

He points out the differences in CoH 2's narrative compared with the first game, which dealt with Western forces in France. The original Company of Heroes has a definite Band of Brothers vibe that portrays men and officers working in harmony.

The second game focuses on the brutality of the Red Army's generals, including tactics like sending soldiers into battle without weapons and mass shootings of retreating soldiers. The game's story focuses on the Soviet Union's repressive political climate and how this played out in the field of war.

Relic says that the game reflects historical realities, and points to historical research and personal testimony from Russian soldiers.

Its critics say that while the Eastern Front did see unprecedented barbarism and cruelty, Relic has been selective in its narrative choices, preferring to ignore what people in Russia celebrate as a noble sacrifice that did more to save the world from Nazism than the American-led invasion from the West.

In Russia and other former Soviet countries, the Great Patriotic War is about a heroic unified cause, not about repressive leaders throwing men against machine guns. The issue is complicated by Cold War myth-making by the Soviet Union and by Hollywood. Facts are obscured by a long, hostile political climate that has always sought to make claims on history.

For decades, the most reliable testimony to come from the Eastern front was sourced to Soviet dissidents or Germans. Official Soviet documentation was censored and colored to the point of absurdity.

Even today, attempts to portray the Red Army negatively cause outrage in Russia. Current president Vladimir Putin wants to pass a censorship law making it illegal to portray the Soviet war effort as anything other than a glorious march to victory. 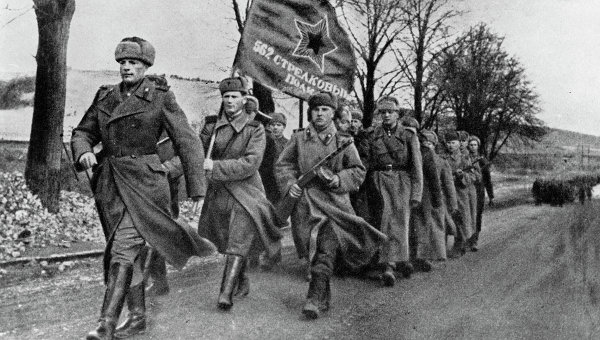 National myths are extremely powerful, and never more so than with World War II. For America, the war validates ideas about the struggle for freedom. For Britain, it represents pluck against terrible odds. For France, the nobility of resistance. In Russia, it is about the necessity of sacrifice.

Lukasz Markiewicz is Polish (and Poland, he says, has "the fewest reasons to say anything good about the Soviets"). But he charges Relic with distorting the facts about the Eastern Front.

"The campaign is basically one giant, offensive stereotype," he said. "The events on the Eastern Front were likely the most grim four years in the history of mankind. There is nothing wrong with trying to recreate that. It is wrong however to essentially reduce it to the lazy stereotype of German Übermensch Wehrmacht and SS against the Soviet Horde." 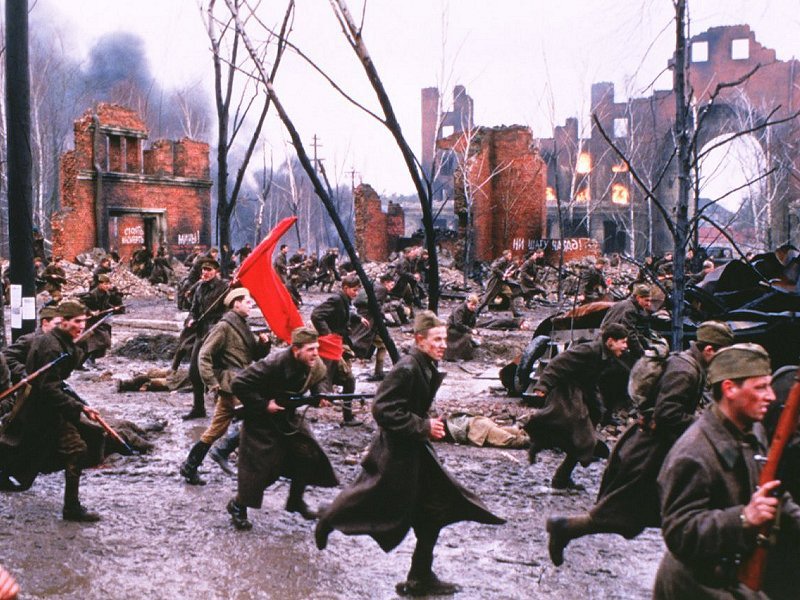 A common criticism on Russian forums is that the game takes its cues from Western movies like Enemy at the Gates (pictured above), in which soldiers are sent against German machine guns, without weapons, hoping to pick up a rifle from a dead comrade.

"There was no such things as one rifle for two men, except in rare cases of total logistical failure," said Markiewicz, a 27-year-old tax officer with a BA in ancient history. "There were no 'human wave' attacks on MG40 nests, unless the NCO fucked up royally, which was grounds for demotion or a military tribunal.

"There are plenty of examples of staggering Soviet brutality and incompetence," he added. "If you pick and choose your evidence, you can weave a narrative similar to that in Enemy at the Gates. I'm not trying to engage in some sort of historical revisionism. The Eastern Front was a confrontation of two murderous, totalitarian regimes. The problem is, this brutality gets turned up to eleven and ends up being a parody."

David Stone is a professor of military history at Kansas State University, specializing in the Soviet Union. "Designers and developers have to look to ways to make what they're doing stand out from the crowd." he said. "That means that an Eastern Front game is going to have to play up elements that are stereotypically part of the Eastern Front to make it look different from all the other combat games out there, even if that does some violence to the historical record. So in that sense, it makes sense that Relic would emphasize snow, political commissars and lack of equipment even if it's exaggerated."

He said that much of Relic's portrayal is rooted in fact, but soldiers being sent into battle without rifles is "something that really belongs to Russia in World War I, not the Soviet Union in World War II." 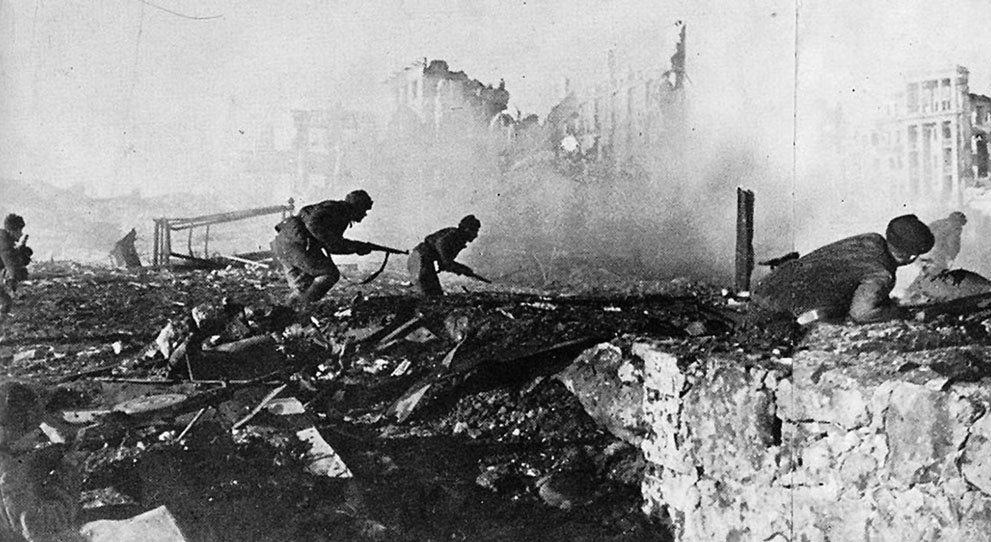 Company of Heroes 2 uses a mechanic that allows the player to deploy soldiers using 'cheap' conscripts, as opposed to building them at your base. This useful boost is balanced cleverly, by invoking 'Order 227.' Any retreat during this phase carries a reasonably high chance that your forces will be executed by the high command.

Order 227 was issued by Soviet dictator Josef Stalin, and created penal battalions whose purpose was to prevent retreats by Soviet forces. From a military point of view, it was not a successful tactic. The game's use of Order 227 is, according to Stone, realistic, although specific only to certain points in the war.

"Nobody does that, not even Russians"

Galyonkin says the mechanic is overblown. "The story creates a fictional army bent on self-destruction," he said. "The missions show Soviets killing more of their own people than the enemy. Nobody does that, not even Russians. It makes no sense." 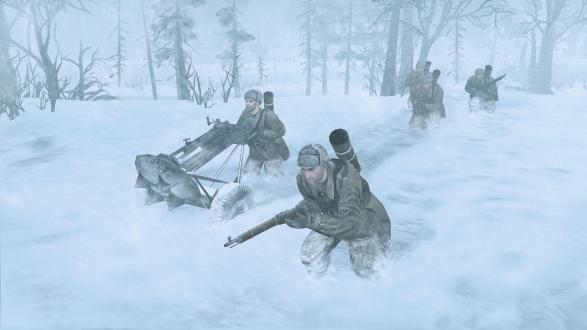 Relic argues that Company of Heroes 2 is historically balanced, and rejects the charge that the game wraps its narrative around isolated incidences. "In a war the scale of the Eastern Front, we had to choose specific battles and incidences to deliver the breadth of the narrative," said game director Quinn Duffy.

He said that the campaign was inspired by the writing of Vasily Grossman (pictured below), a combat journalist who spent three years on the front lines and had "unparalleled access to the commanders of the various fronts." His work, said Duffy, "illustrates the unparalleled bravery amongst the front line troops, but also cruelty, petty disputes, competition and egos clashing at all levels of the military hierarchy."

Duffy said that the game seeks to explain the "awe" the team feels about the efforts of Soviet men and women who were "faced with a hardened German enemy and some of the mistrust and cruelty exhibited by members of the Soviet leadership." He also said that he read dozens of books on the Eastern Front, from all perspectives so that "we were as fair as could be." 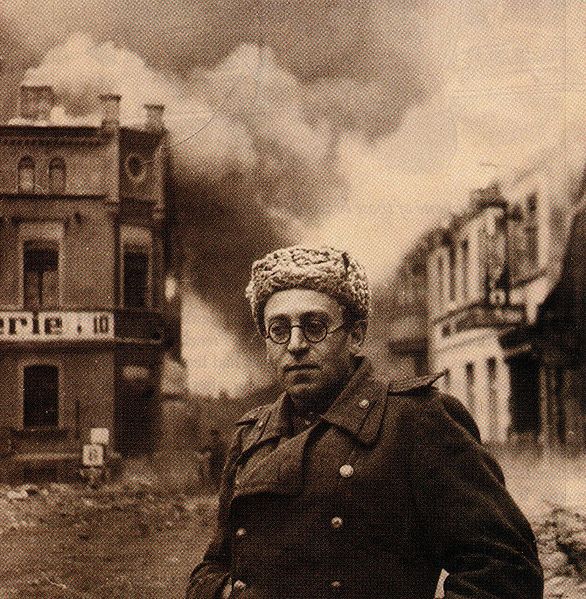 So what about those soldiers being sent into battle without rifles? "It's entirely plausible to believe that happened," said Duffy. "It might be cliché, but it illustrates the challenges the Soviets faced." He said it was "also a way to demonstrate their resolve. It's not about cruelty or incompetence, it's about desperation and bravery." Duffy cites various sources that spoke of severe equipment shortages as the Soviets fell back in the face of rapid German advances, in 1942.

It's clear that Relic did more to research its game than watch some Hollywood movies, and that most of the game is based on real differences between the strategic and tactical environments of Eastern and Western Fronts. But storytelling and emphasis are always tricky things, especially when it comes to a subject as colossally emotive as The Great Patriotic War. The comments on forums and on Metacritic are testament to the strong feelings that the war still generates.

Although Relic says it's celebrating the bravery of the Russians, critics of the game in that country view it as yet another negative portrayal of themselves, the sub-human Slavic obediance-bot, primed for violence, ever-ready to throw his own worthless carcass into the mill for the greater good. There can be little doubt that this stereotype is alive and well in Western contemporary entertainment. 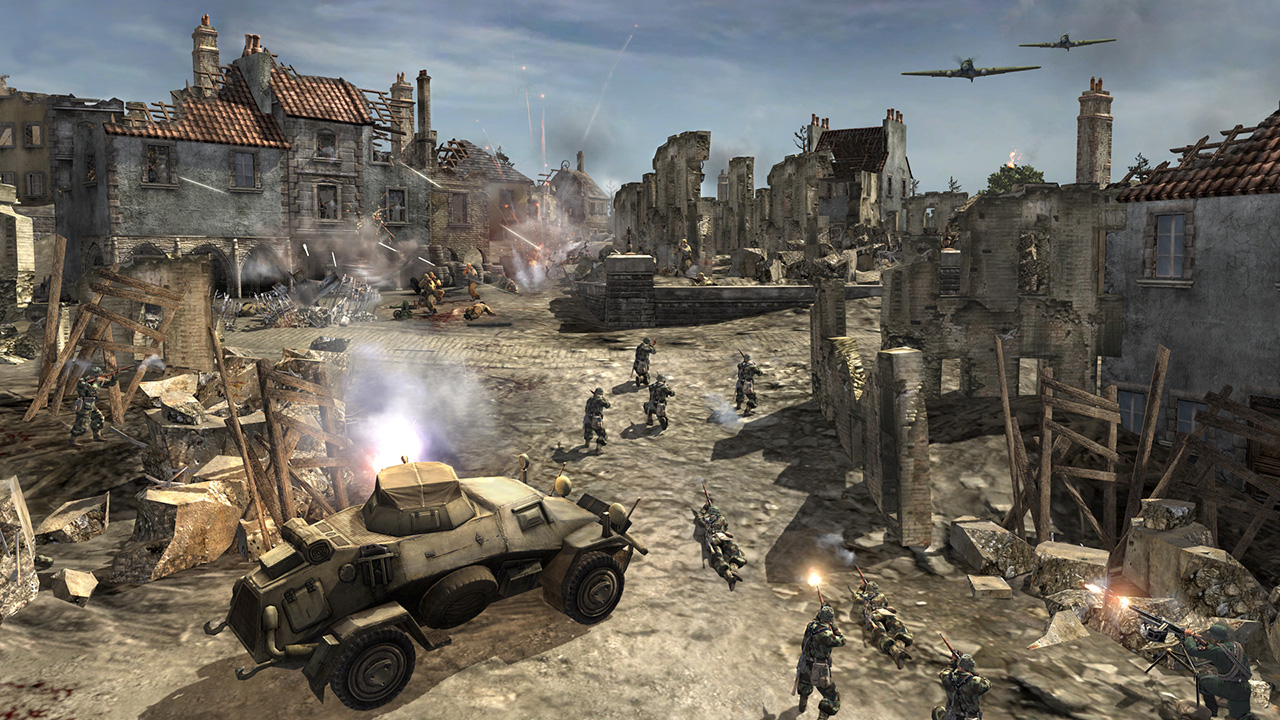 Duffy believes the main differences between the first and second games are more complex. He said that the second game is painted on a broader canvas, with its narrator exploring the brutality of the war and Soviet state terrorism, which certainly existed. In contrast, the first game focused on a small group of soldiers and did not seek to take a wider view.

"The big difference for me was when we looked at early narrative ideas for Company of Heroes 2, we couldn't find a direct correlation of a unit to follow the way we could in Normandy. It's rare to find a Soviet unit that survived the war intact," he said.

And he points out that reactions from the East are not entirely negative. "We've had a number of tweets, Facebook and forum posts that talk very positively to the tone of the experience we've portrayed," he said. "One gentleman showed his grandfather, a tank driver in WW2, the game and he was enthralled. That's enough for me."