Precursor Games' debut to the gaming world was, by its own admission, a bumpy one. The recently-formed studio, which consists primarily of former Silicon Knights employees, experienced a swell of support and excitement surrounding its announcement of Shadow of the Eternals, a spiritual successor to the 2002 GameCube survival horror game, Eternal Darkness: Sanity's Requiem.

This buzz was quickly drowned out by concerns about ties to legally-embattled Silicon Knights and a confusing crowdfunding campaign that saw the studio raise money through PayPal and Kickstarter at the same time, only to pull both fundraisers before any financial goals were close to being reached.

Earlier this month, the studio also cut ties with one of its employees, Ken McCulloch, after he was arrested on charges of child pornography. McCulloch worked on Shadow of the Eternals assisting on the game's story and design, but Precursor told Polygon he was not a founding member and the studio knew nothing about his alleged charges.

The path for Precursor hasn't been smooth, but the studio is hitting Kickstarter again today with a brand new campaign for Shadow of the Eternals, with a new goal of $750,000, a new pitch for a very different kind of game and a renewed sense of optimism.

Polygon spoke with Precursor Games' chief creative officer Denis Dyack in San Francisco this week. It was a one-on-one interview — Dyack apologized for the absence of his colleagues and PR representatives, who were held up trying to fix the demo build of the game we were meant to play. We told Dyack that this would be a good opportunity for him to clear the air about the various controversies that have surrounded Precursor Games since Shadow of the Eternals' initial announcement, and it was an opportunity he took. In lieu of the playable demo, which was unplayable during our meeting, he showed us demo footage of the game. He talked about the studio's goals and all the changes it has made in response to community feedback. And he addressed the rumors and accusations that have been made against the studio since its launch. 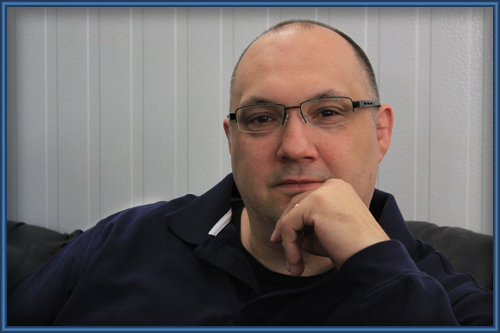 The new Shadow of the Eternals Kickstarter campaign launches today with a goal of $750,000 — half of what Precursor asked for in its first crowdfunding attempt. Dyack told Polygon that the lowered goal is due to the studio finding other sources of funding (which it is not ready to talk about yet). He acknowledged that the studio's first try at crowdfunding was convoluted, and explained that it was because of the studio's inexperience.

"We hadn't done this before. Certainly, we're not experienced in crowdfunding."

"We hadn't done this before. Certainly, we're not experienced in crowdfunding, and when we started on PayPal, a lot of people responded in really strange ways, which we didn't anticipate," Dyack said. "The first one was a lot of people wanted Kickstarter, so we started the Kickstarter. We'd actually raised a significant amount of money on PayPal, which created a lot of confusion and actually split the amount of donations and made it really hard on Kickstarter."

Then there was the PayPal fundraiser's terms of service, which made some potential backers uncomfortable.

"We were criticized on some of our terms of service, and they were identical to other people's terms of service," Dyack said. "But for some reason, we had a lot of backlash, so we changed them. We were actually trying to model ourselves off the most successful [fundraisers], and they were identical things to those found in some very popular Kickstarters that raised millions. For whatever reason, people didn't like that. So what we've done this time is we've just modeled the Kickstarter around us. That was the biggest lesson we've learned."

During the initial Kickstarter campaign, the studio also faced skepticism about its relationship with beleaguered studio Silicon Knights. Silicon Knights was founded by Dyack in 1992 and was responsible for games like The Horde, Eternal Darkness: Sanity's Requiem, Metal Gear Solid: Twin Snakes on the GameCube, Too Human and the poorly-received X-Men Destiny. The studio became embroiled in a legal battle with Epic Games in 2007 over Unreal Engine 3 licensing fees. Epic Games won the lawsuit in 2012, with a judge ordering Silicon Knights to pay Epic $4.45 million on grounds of copyright infringement, misappropriation of trade secrets and breach of contract. It also ordered all Silicon Knights games created with Unreal Engine 3 code be destroyed. As of May this year, the studio appeared to have closed its doors, selling some of the office equipment and game assets to Precursor Games.

"At the end of the day, almost all, if not every rumor is pretty much unsubstantiated."

"No, they're not related in any way, and that's not the basis or the reason corporations are formed. Paul [Caporicci] formed Precursor Games. It's a completely separate company. It's got nothing to do with Silicon Knights. None of that is true whatsoever — you just have to look up the incorporation papers.

"At the end of the day, almost all, if not every rumor is pretty much unsubstantiated."

Precursor's plans for Shadow of the Eternals have changed a lot since the studio first revealed it was working on the spiritual successor to Eternal Darkness. The game is no longer episodic, and will instead be an eight to ten hour standalone experience that involves exploration, adventure, combat and "Insanity Events" — a new take on the Sanity Effects from Eternal Darkness.

The game will still be developed for Windows PC and Wii U, with a PlayStation 4 version on the cards as a stretch goal.

Dyack told Polygon that many of the changes Precursor made to the game were in direct response to the feedback it received during the first fundraising attempt. For example, the game was originally planned to be episodic, with each episode running for two to four hours, and the $1.5 million funding goal guaranteeing only the first episode. While many of the game's supporters didn't object to the episodic format, there were concerns that if the project was successfully funded, they might only be guaranteed one episode.

"Some of the feedback we got was even though people understood the model, they weren't exactly comfortable with contributing to a game that, if we only did one chapter, it would only be two-hours worth of gameplay," he said. "So we've changed that."

If the Kickstarter campaign is successfully funded, Dyack said Precursor will deliver a minimum of one complete story that centers around the history of the Blood Countess, Elizabeth Bathory. This first part alone will be a complete game in itself. If the team raises more than the Kickstarter goal, the funds will go toward creating more parts and telling more stories.

"We're trying to create an atmosphere of intrigue and to do something provocative from a story perspective."

Polygon was shown a visual demo of the game that Dyack had captured in-game using the program FRAPS. He said the game is still in pre-production, but the visual demo — which he said is also playable — served to illustrate the tone the developers are going for. In the video we saw, a cutscene showed Elizabeth Bathory telling another woman about a mysterious book that, when touched, transports the reader to a different time and place and, presumably, into someone else's experiences or memories. Upon touching the book, players are drawn into a different world and assume the body of a young man who has entered a monastery.

The demo didn't illustrate combat, but we did get to see the character walk around the monastery, explore the various dark chambers, read manuscripts and books, all while speaking to himself about the many inconsistencies he was finding, such as the fact that the monastery was full of monks, but the entire building was devoid of any religious scripts he was familiar with. The demo also gave us a glimpse of one of the game's "Insanity Events," which involved the character slipping behind a bookshelf to find a tunnel where a pack of what appeared to be possessed wolf-like creatures were devouring a body. The floors then fell through, the walls collapsed, and the character was suddenly standing in the middle of a lava pit as the world around him burned.

"It's very deliberately paced," Dyack said. "It's not over-the-top action. We're trying to create an atmosphere of intrigue and to do something provocative from a story perspective."

Dyack described combat as being tactical, with players receiving period piece authentic weapons that they have to use strategically at the right time. He also touched on how a player's choice will affect their playthrough — some choices will result in a player taking on the role of one character instead of another, and by stepping into the shoes of many characters, players will be able to piece together the game's story.

"There are three sides to every story," Dyack said. "There's your side, my side and the truth. By playing these different perspectives, you will get an idea of all those truths."

Shadow of the Eternals is now seeking funding on Kickstarter. If successfully funded, the game is planned to be released in 2014.