Opinion: Making the wrong choices the right way in The Last of Us

Share All sharing options for: Opinion: Making the wrong choices the right way in The Last of Us

This article contains spoilers pertaining to the entirety of The Last of Us, including the story's conclusion. You've been warned.

I didn't want to do it. After all, who would chose to doom the entire human race just to save the life of one girl? And yet, I did. I couldn't stop myself. Or rather, I couldn't stop Joel.

The final hour of The Last of Us sees Joel, the protagonist, making the worst possible choice. And plenty of people have reacted negatively towards it. Part of that reaction comes from the fact that all power is removed from the player. You're not making any of the decision, Joel is. And, for Joel, the decision is right. Not morally right, but right for the character. Earned for the character. He does exactly what you'd expect him to do. Even though you were in control of his actions, you weren't responsible. You were role-playing as a broken man.

You were roleplaying as a broken man

People who play video games aren't used to being out of control. They're used to deciding the fate of the world, and cherry-picking the ending that feels the most right to them. Series like Fallout and Deus Ex offer you moral choices at every turn, enabling things to play out just as you'd like them to. Most often, people will play as themselves, making decisions as a removed, unmotivated party. As a person playing a video game. It's funny to think of these as role-playing games, when really, you're just role-playing as yourself.

But something is lost when that happens. Your decisions, more often than not, don't make sense in the context of the story, let alone the fundamental rules of the world. Example: If you were in the post-apocalyptic, D.C. wasteland, dying of thirst, would you drink from an irradiated toilet? Sure, most definitely. But would you drink 30 gulps worth, ensuring that you're perfectly back to normal (albeit glowing)? Probably not. You're making a choice as a player, not as a character in this world.

These choices can be fun, but they're often removed from strong character development. Because, really, people are who they are. They're consistent. 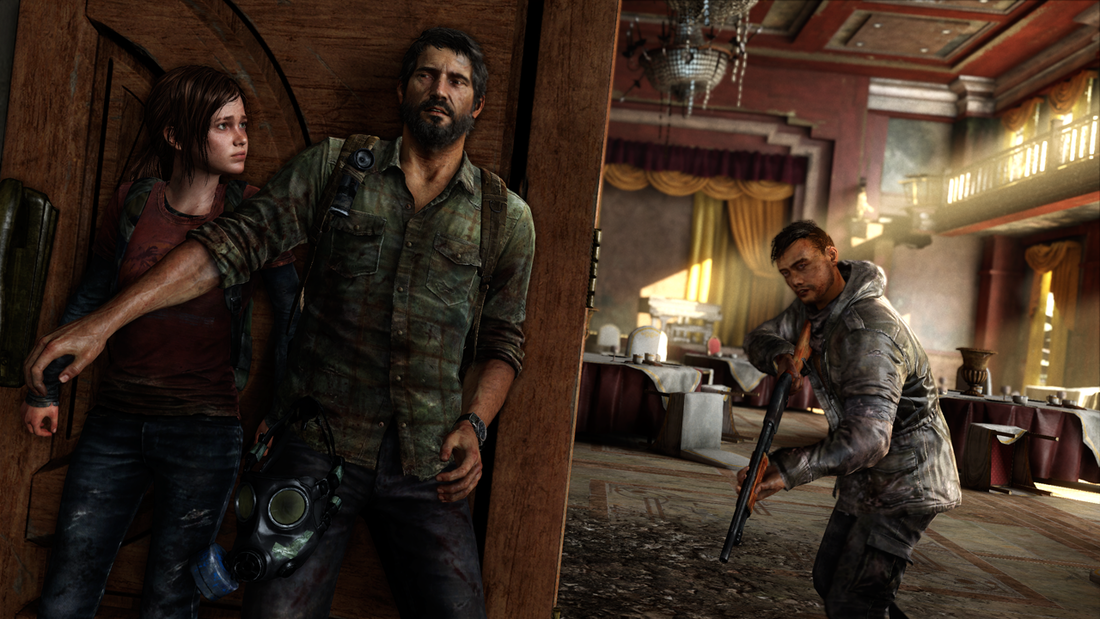 Consistent characters — the ones who behave like people, the ones who struggle to achieve (or not achieve) growth — are the ones we remember. We know what to expect from them. They may go to the extremes of these expectations, but good characters don't act randomly. They act off believable motives.

When Joel decides to slaughter a dozen soldiers and a nearly-unarmed doctor in the final hour of The Last of Us, it's not random. It makes sense for him. He had just spent a year traveling with this girl who gradually became his surrogate daughter. It's the first relationship not built on money or survival that he's had in decades. He's saved her life, she's saved his. He cares for her more than anything and someone wants to take her away. Would it really make sense, at this point, for a menu to pop up, asking, "Would you like to sacrifice Ellie or kill to get her back?" The entire game is about answering that question for you.

It'd be like if, before the final episode of Breaking Bad, fans were able to write in and select how it should end. They could ignore everything the writers set up, every moment of foreshadowing, every bit of character growth, in favor of an ending with lollipops and rainbows. The audience doesn't always know what's best for it. It lacks the long view.

The audience doesn't always know what's best for it

It's funny that some have bemoaned the lack of choice in The Last of Us when that is the default in most games. Half-Life 2, universally beloved by all, has no choices for you to make as the player. You either stop playing or you save the world. Ocarina of Time, Red Dead Redemption, Portal 2: These all play out the same way, without any story input from the player. And nary a complaint was made because, in the end, you were playing as "The Good Guy." So why can't we have it the other way? Why can't there be no choice but to play as someone vengeful and selfish, driven by emotion. If Gordon Freeman can be single-minded about saving the world, why can't Joel be single-minded about saving Ellie?

By truly inhabiting a character and getting in their skin can you make an emotional connection. The writing, incredible animation work and voice acting of The Last of Us made it easy to deeply care for Ellie as a character, and to see why someone so close to her would do the worst possible thing to save her. As a player, you may not have made the same decision, but you're not the one on the road. You're not the one suffering from a festering stab wound, half-starved and soaked to the bone. You're not the one that just spent a quiet moment staring out at a herd of giraffe with the one person you've truly come to love in the last 20 years. No, that's Joel. And for Joel, choosing Ellie over humanity was really no choice at all.