"I'm so proud to be the face of this franchise as it makes its much-anticipated return," said Irving, the 2011-12 NBA Rookie of the Year and a 2013 NBA All-Star, in a press release announcing his appearance on the cover. "I've been on the court with the development team and I've seen first-hand some of the amazing things EA Sports is doing with NBA Live 14. The fans are going to love it."

Irving was essentially a lock to be the NBA Live 14 cover athlete, having been featured in the title's CG debut at the Xbox One reveal event in May as well as onstage during EA's E3 2013 press briefing last month. EA also worked with him during the development of the ill-fated downloadable title NBA Live 13 last year.

In the few seconds of in-game footage EA released today, Irving is seen dribbling toward the viewer; developer EA Tiburon is putting a heavy emphasis on dribbling in NBA Live 14 with its new BounceTek system, which we tried out at E3 in a very limited demo.

NBA Live 14 will be released this fall on Xbox One and PlayStation 4. You can check out its box art below. 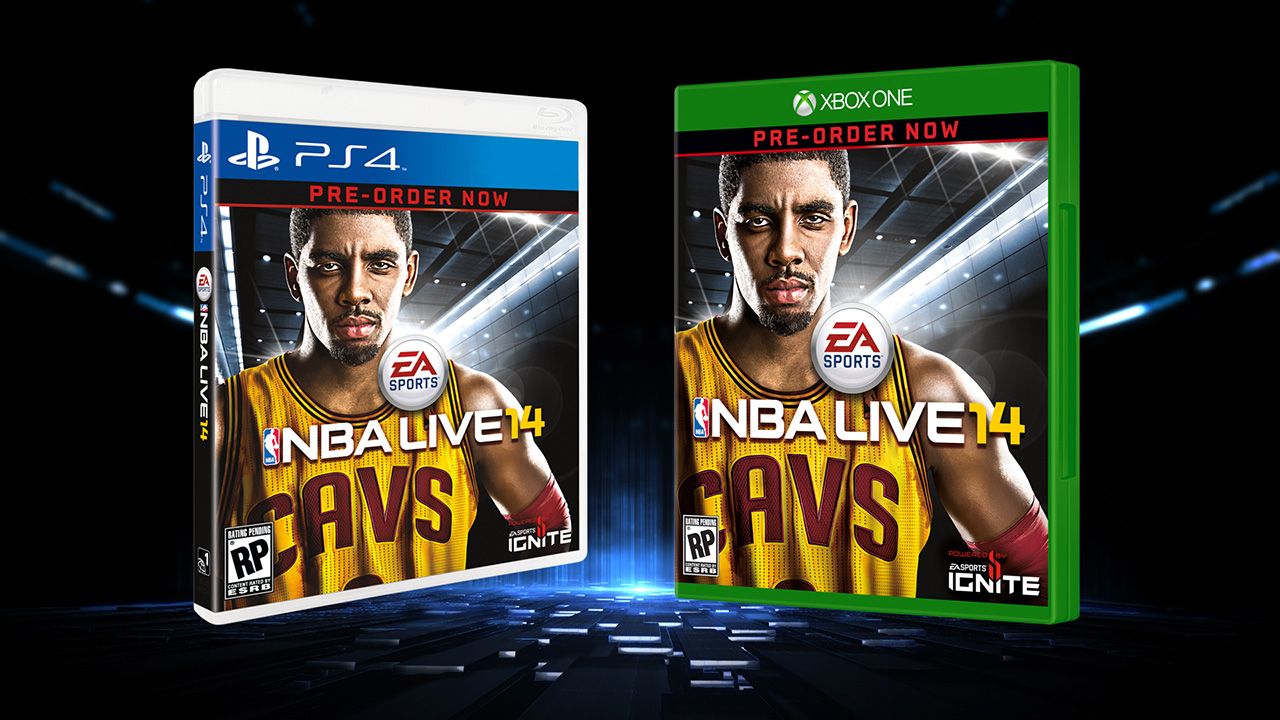