Why you may not know who really made Madden NFL

Share All sharing options for: Why you may not know who really made Madden NFL

After more than two years of court battles, Robin Antonick — one of the original, now-forgotten developers behind Electronic Arts' seminal Madden NFL franchise — is still hoping to be awarded tens of millions of dollars, and credit for the use of his innovative work, in a breach-of-contract lawsuit with the company.

The suit is progressing in at least three different segments. In the first phase, EA argued that Antonick filed the suit too long after discovering that the company may have owed him royalties. However, a jury ruled last month that the statute of limitations on Antonick's claims had not expired.

At that point, the case transitioned to its second phase, in which a preliminary decision was made this week. A jury in U.S. District Court for the Northern District of California ruled in Antonick's favor on July 23, agreeing with his contention that EA failed to compensate him for its Madden titles on Sega Genesis, which the jury decided were "virtually identical" to his original Apple II game, John Madden Football. One of Antonick's lawyers at Hagens Berman Sobol Shapiro LLP, co-lead counsel in the suit, told Polygon this week that they expect their client to be awarded more than $11.6 million based on the ruling.

But that's "just the tip of the iceberg," said Leonard Aragon, a partner at Hagens Berman and one of the attorneys representing Antonick, in a phone interview with Polygon. This week's decision concerns seven Sega Genesis Madden titles released from 1990 to 1996. In the next phase of the case, Antonick's lawyers will attempt to prove that EA continued to use his work in the Madden games since 1996. They believe that if they prevail, it would entitle Antonick to royalties on those games, for which EA's revenue exceeds $3 billion.

Here's how things got to this point, and where the lawsuit could be going.

The Man Behind Madden

Antonick, who played college football before becoming a game developer, is one of the creators of the Madden series. He's one of two people mentioned on the cover of the franchise's first game, the 1988 Apple II title John Madden Football — the other being Madden himself. John Madden Football, which was also released on Commodore 64 and MS-DOS in 1989, was a groundbreaking achievement, the first video game to simulate full 11-on-11 football. 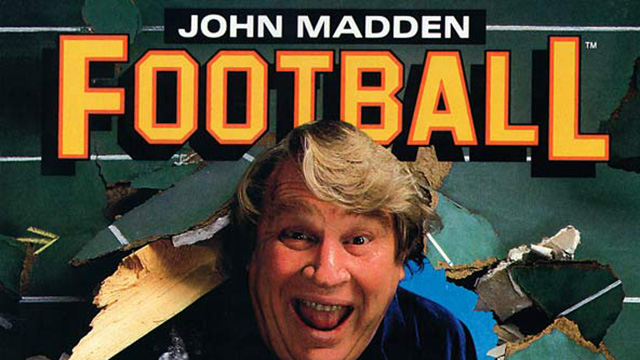 According to Aragon, Antonick worked directly with Madden, coding plays based on the NFL legend's playbook from when he was head coach of the Oakland Raiders. EA originally hired Antonick in 1983, and signed a new contract with him in 1986 that remains in effect to this day. Antonick's interpretation of the 1986 contract is that EA must pay him royalties on any Madden games he works on, as well as on any works derived from his own games and on "remote derivative works." The latter category covers games that are based on derivative works and are released on platforms different from those of John Madden Football.

Antonick says EA led him to believe that it owed him no royalties for games produced after 1991. He left the company in 1992, and received his last Madden royalty check that year or in 1995. Only in 2008 — when EA was marking the Madden franchise's 20th anniversary and touting the series' origination in Antonick's Apple II game — did he realize that he was potentially owed royalties for later Madden titles, according to Aragon.

Antonick filed suit against EA in March 2011, after he and the company attempted to resolve the dispute privately. The suit charges that EA breached the 1986 contract by failing to pay Antonick royalties for versions of Madden that he did not develop but that used his code. And according to Antonick's complaint, every Madden game ever made falls under the "remote derivative works" section of the 1986 contract; thus, he believes he is also owed royalties for EA's revenues from those titles.

In addition, the lawsuit alleges that EA defrauded Antonick by misleading him as to the games for which he should be owed royalties, and breached the confidentiality of the 1986 agreement by allowing future developers to work off his source code.

EA filed three motions for summary judgment, attempting to end the suit before it went to trial, as well as a motion to dismiss the case as a frivolous lawsuit. The company has painted Antonick as someone looking to take credit for the work of other Madden developers.

"It's wrong for Robin Antonick to seek money for what other people did," said Susan Harriman, one of EA's attorneys, during closing arguments this month reported by the San Francisco Chronicle.

In spite of EA's repeated attempts to get the case thrown out, a federal judge ruled this past April that it would go to trial. The first phase of the arguments focused on whether Antonick's suit was filed outside of the statute of limitations on his claims. According to EA, if Antonick had realized before 2005 that he had a case against EA but didn't file a complaint until 2011, the lawsuit would have been too late. Antonick argued that he did not know about EA's potential breach of his contract until 2009, and in June, a jury agreed with him.

That allowed the case to proceed to its second phase. Because the presiding judge dismissed Antonick's fraud claim and excluded Super Nintendo Madden games from the suit, the arguments centered on the breach-of-contract claim for the Madden titles that were released on Sega Genesis from 1990-1996. The judge said Antonick could claim "only thin" copyright protection: Just two elements — plays and formations, and field width — could be protected under copyright law.

This week, a jury sided with Antonick again. The jurors agreed that the plays and formations in the Genesis Madden games were substantially similar to those in the Apple II title, although they disagreed on the field width claim. Moreover, the jury decided that "the Sega Madden game when considered as a whole is virtually identical to Apple II Madden when considered as a whole," cementing the Genesis games as derivative works under the 1986 contract.

According to calculations from Antonick's legal team, the ruling means that EA owes him approximately $11.6 million — $3.6 million in unpaid royalties from the Genesis Madden games, and $8 million in what is known as pre-judgment interest on those royalties. An EA representative told Polygon that the company will appeal the decision, but Aragon indicated that he believes that's just posturing on EA's part.

"No, not at all," said Aragon, when asked if he feels that EA has a case on appeal. "In fact, we think that we have a better appeal and a more meritorious appeal than EA does." Aragon added that his team intends to appeal two items that the judge previously dismissed: the fraud claim, and the eligibility of Super NES Madden titles.

If the recent decision is upheld, the presiding judge will render a judgment for the royalty-plus-interest amount. The judge will also decide whether to award Antonick an additional payment: a cut of EA's revenues from any pre-1996 Madden titles for which Antonick wasn't already paid, revenues that total $206 million.

"The law allows [Antonick] to keep a portion of that as compensation for EA's misappropriating his intellectual property," explained Aragon, adding that the legal term for that is "disgorgement" of profits.

Once a final judgment for this trial is given, the suit will move into its third segment, in which a jury will decide whether EA also owes Antonick royalties for post-1996 Madden titles. During the next phase of discovery, the pre-trial phase in which either side requests evidence from the other, Antonick's attorneys will scrutinize the source code of those later Madden games. Aragon expects that the next discovery phase will take approximately one year.

"We're going to get the code for the new games, and we're going to compare that code to [Antonick's] code and we're going to try to make the exact same comparison," said Aragon. "What the jury said [in this week's ruling] was, '[EA] copied the plays and formations,' and it's our understanding that EA never changed those plays or formations. And if that's true, then EA's going to be liable going forward on these other games. [...] We can't find out for sure till we get the code, though."

Aragon pointed out that Madden titles aren't the only games at issue in the lawsuit. Antonick's original complaint listed Bill Walsh College Football — which EA released in 1993 on Super NES, Sega Genesis and Sega CD — as a game that also used some of Antonick's original Madden code. That could make it a derivative work under the 1986 contract, a classification that could also apply to subsequent titles beyond that game, which was the first in the series that later became known as NCAA Football.

The lawsuit also claimed, based on a statement from EA founder Trip Hawkins, that the company used code from the Genesis versions of Madden in its NHL series of hockey games. If that turns out to be true, EA's NHL games could fall under the category of "remote derivative works," and Antonick might be eligible to receive royalties from them, too. His lawyers are less hopeful on that claim, though.

"I don't know whether that will ever come to fruition, and it seems a little weird to me because we're kind of stuck on plays and formations in this stage," Aragon acknowledged. "But if we went to appeal and we got some of these other things, like fraud or some of our other appeals awarded, then yeah, if any of [Antonick's] code was used in hockey, then maybe that could go forward.

"But for sure, Bill Walsh College Football is going forward, and there's a lot of revenue there, too."

Whatever the final outcome, it doesn't currently seem like Antonick v. EA will have ramifications for the gaming industry or for copyright cases beyond the particulars of this lawsuit.

"To me this appears to be a simple breach-of-contract case that required the Antonick [team] to prove that the EA Sega [Genesis] Madden football video game was a derivative work under U.S. copyright law and if so, then EA [breached] the 1986 contract provision of paying Antonick a 3 percent royalty rate," said Michael O'Neill, an intellectual-property lawyer and partner at the law firm Novak Druce Connolly Bove and Quigg LLP, to Polygon over email.