Share All sharing options for: 100 new minutes of epiphany and online angst delivered in Indie Game: The Movie Special Edition

After nine months in the making, Indie Game: The Movie Special Edition is now available digitally on Steam and the maker's official website, with over 100 minutes of new footage and developer interviews, alongside epilogues that conclude the stories of the subjects in the documentary.

What results is a closer look at the creative life-cycle, from the moments of epiphany to the moments of celebrity, and the inevitable run-ins with detractors on the Internet. The Special Edition is partly about modern fame, filmmakers Lisanne Pajot and James Swirsky told Polygon, but it's also about what all creative people experience. 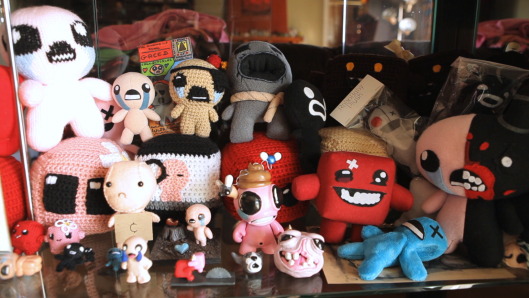 Pajot and Swirsky have made this their life project since 2009, moving from a career of developing Canadian commercials and into the life of on-the-road filmmakers.Their work started in 2009 after the making of a short film on independent designer Alec Holowka, best known for his work on Aquaria. "There are amazing, gut-wrenching, awe-inspiring stories behind these games," said Swirsky. "Stories that blew us away and contrasted heavily with the on-the-surface idea of games as light, fun things. These stories weren't being told. In fact, hardly ANY stories about video game designers were being told in a documentary format at the time."

'Relationships with the online world can drastically change...'

"One of the themes that you'll find in the Special Edition has to do with the challenges of living a creative life on the internet," Pajot told Polygon. "And how one's relationship with the online world can drastically change, often times as a by-product of success. All four of IGTM's main subjects have experienced this in varying, but common ways. We actually explore Jon Blow's part of this story within the original film, and as we continued to shoot after the film, it was interesting to find similar themes develop within the post-release lives of Phil Fish, Tommy Refenes and Edmund McMillen. 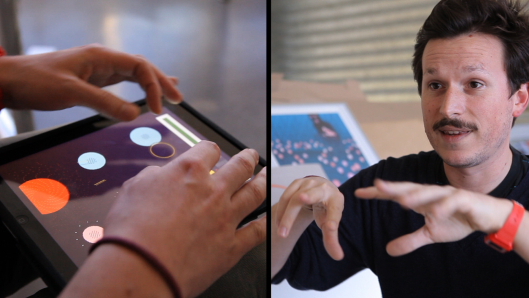 "We've been working on this project, the feature film & the Special Edition, for three years now," said Pajot. "It's the biggest, most ambitious, most holistic thing that we've ever done. When you're making a film like this, investing in personally & financially, you get into this mode that you have to make it work. You have to make it great.

"That's what makes being a creative person great & exciting, and sometime an emotional roller-coaster. Every dramatic moment in the movie was something that we felt in the making of the film. That's why we included those moments. Because those moments and feelings felt real to us, especially when you're all in, the stakes are high, and you're pouring yourself into something big like that."

'Every dramatic moment in the movie was something that we felt in the making of the film...'

While the subjects of their film are creating imaginary worlds, Lisanne and James acknowledge their use of a different canvas — crafting narratives while attempting to communicate an "emotional truth" within real (albeit edited) life moments.

This is something the filmmakers attempted to re-capture, says Pajot. "I think a lot of it had to do with where we were ourselves, having just released the film," Pajot told us. "We also were personally dealing with this odd shift in online dynamics. There is a big difference in an internet that has your creative work on it and an internet that doesn't. It has the potential to affect in strange ways. It's a strange reality to deal with, one that can be wonderfully uplifting one moment, and brutally devastating the next.

'It's a strange reality to deal with, one that can be wonderfully uplifting one moment, and brutally devastating the next...'

"While the epilogues explore post-creation issues, the other short films double-back upstream in the creative process — concentrating on those moments of epiphany, flashes of brilliance and long hours of iterative coding. You see these themes when discussing the evolution of the art of Braid with David Hellman. They are there when we talk Passage with Jason Rohrer and his family. Ditto, when Derek Yu demonstrates how he applies not-so-random systems to random generation and as Steph Thirion tells a story that perfect embodies everything that is so great about being a game creator at this particular point in time. 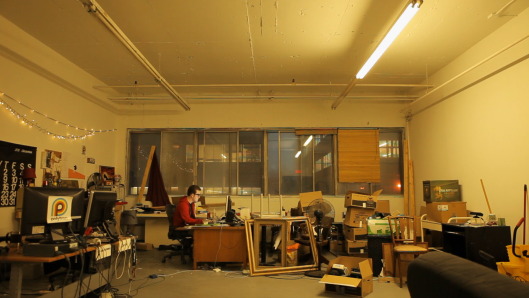 "The internet is odd," James Swirsky told Polygon. "It can simultaneously be the most beautiful and most toxic place in the world — especially from a creative perspective. If one takes Indie Game: The Movie and Special Edition as a whole, you can almost pull out a life-cycle of this taking place.

"Ed and Tommy got their start on Newgrounds. FEZ began its notoriety within a forum posting on TIGsource. The internet has been a huge part of their creative lives. And it continues to play a huge part. It's just that it's different for them these days. What was once a deep well of inspiration and support, has turned into something different. Not necessarily in a decidedly good or bad way, but something has changed. That original relationship with the internet has been fundamentally altered and, in ways, an innocence of sorts seems to have been lost."

The result so far is a growing celebrity culture within games, which Pajot says is not unlike what is seen in all mainstream entertainment.

'The internet loves you until it hates you...'

"The way people on the internet react to ‘celebrities' in general seems to be remarkably similar in all media, movies, games, ‘entertainment' whatever," she said. "Some people idolize & get inspiration from those in the spotlight. Some people seem to love to hate and enjoy bringing others down. Collectively, as a culture, we seem to follow the most common opinion in waves. There's almost a traceable cycle to it — the internet loves you until it hates you."

"The difference with the culture of video games celebrity is there is more of an onus on talent," Swirsky adds. "People wouldn't still be talking about Jon, Phil, Edmund or Tommy, if they didn't make great games. I think video game dev notoriety is actually more balanced in terms of personality versus talent. There are horrible actors who are famous, but I can't think of many famous designers without the talent to back it up. It takes talent and vision to be recognized in video games. In other words, there are no video game Kardashians."

Pajot corrected him: "Not yet."