Share All sharing options for: Precinct, Police Quest and the Sierra renaissance

In 1984, Jim Walls, a California highway patrol officer, was injured in a gunfight while working his beat. It was an injury that would push him out of that career and into one in the games industry; a career he is trying to rekindle with the recently launched Kickstarter campaign for a police procedural game titled Precinct.

Walls, along with former Sierra On-Line collaborator Robert Lindsley and a handful of other developers, is hoping to revive a genre that they helped create with the Police Quest series. It's a noble and familiar goal, but not one without caveats — first, they have to fund the game, then they have to make it a success without leaning on the Police Quest brand, which they no longer have the rights to.

That's a tricky tightrope to walk, but one that's necessary without holding the rights to the franchise that Walls designed. After a decade of mergers, acquisitions and mismanagement from Sierra On-Line's various parent companies, the developer-turned-publisher's assets are locked away in the Activision vault. Despite their best attempts, Walls said, they weren't able to get the rights from Activision.

"We were in touch," Walls said. "I sent mail to Activision, and they flat out returned the mail saying we're not interested, period. Robert himself tried at a later date, and I don't know why they don't want to release it. That's a very good question. I wish I knew the answer."

Lindsley sees the team's lack of licensing as a good thing. With their experience, they'll be able to make a solid police procedural game, making any changes to the genre they helped define without burying their game under the expectations of Police Quest fans.

"When Jim and I talked about it, we decided pretty early on in the process that we didn't want to do another Police Quest," Lindsley said. "We wanted to do something that was different and unique. If we did get the rights to Police Quest and were making another Police Quest game, there would be expectations that come with that franchise. Jim and I were like, 'Let's modernize the genre, let's do something that's unique and cool that people haven't seen before,' and that would really be tough to do with that existing franchise. We thought Precinct was the way to go from the start."

"Because it has to be different — we don't have the rights to Police Quest."

Three decades-worth of technological advancements will allow the development team to do the police game they've always wanted to make; one set in the first-person perspective, putting you a bit closer to the day-to-day activities (and dangers) of an officer on the streets. Driving will be a large focus, too — Walls was never quite satisfied with how it was handled in the classic Police Quest series. In a modern day engine, rendering car chases or climactic PIT maneuvers is a much simpler task.

Even with those additions, though, Walls and Lindsley don't want to lose the procedural element of Police Quest that helped the game find an audience among Sierra's adventure game fans. Those older titles reinforced actual police habits — sometimes cheekily — that tested players to remember laws, obey orders from their superiors and apply critical thinking in hectic situations. Forget to draw your gun before shooting it? Forget to put on mufflers before stepping on the shooting range? Forget to look both ways before crossing a busy street? Game over. 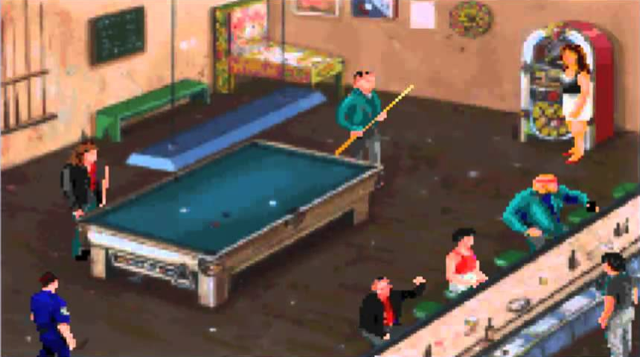 It's those more cerebral, sometimes befuddling parts of Police Quest that made it so special, Walls said.

"I think the reality of the game, the way it's been presented in the past and how we hope to present it with this new one," Walls said. "It puts you in that officer's shoes. I think that's an appealing thing, because you get that experience of actually what it's like to be a police officer and make these split second decisions, and then suffer the consequences thereafter depending on what decision you make. I think that's unique from other games.

"There's also a lot of normal little things that happen ... that's not exactly police-related, when you put that stuff in the game it gives it a little relief from working the beat and having to make those decisions. There's a nice balance to it."

"...we decided pretty early on in the process that we didn't want to do another Police Quest."

The team sees Precinct as a unique opportunity to breathe new life into the police procedural genre. It's certainly not an archetype that has over-saturated the games industry — the past decade have seen quite a few action-oriented titles fronted by police officers, but few that shared Police Quest's penchant for actual casework. Jim chalks the vacuum up to the death of the adventure game genre, which only saw a resurgence in the past few years.

"Also, I think publishers want to make bigger games," Lindsley said. "They want to make Call of Duty-style games and I think if someone went to a publisher and said 'I want to make procedural cop game,' I can't actually imagine being in that meeting. I think really, this style of game needs an indie team to build it, because it's not something Activision would want to put 40 or 50 million dollars into, just as an example."

The game's Kickstarter campaign, which will fund the first in a series of five full games in the planned Precinct series, has stalled out after collecting a little over 10 percent of its $500,000 goal. Though the interview was conducted shortly after the campaign launched, Walls said taking the game to a crowdfunding platform was the only reasonable option for the team; especially considering the success his former colleagues had found on Kickstarter.

"For me, Kickstarter was the most logical option, because I really didn't think I'd ever have the opportunity to do this again until the fans got a hold of me on Facebook. Al Lowe's going through it, Two Guys from Andromeda, Lori and Corey [Cole, creators of the Quest for Glory series] were kind of resurrecting the old Sierra spirit through these new games. I thought this would be the best platform to do it on was Kickstarter, and get our foot in the door to get the first game out and it'll just build from there." 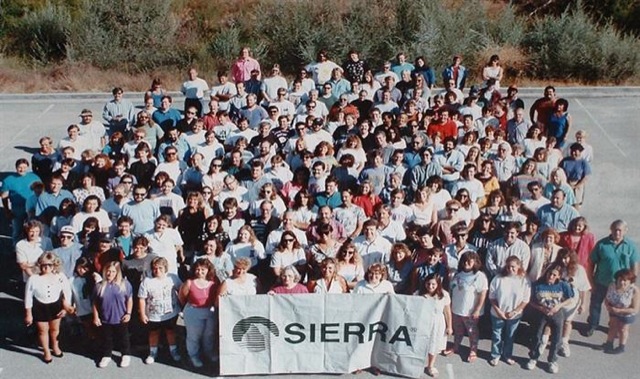 Given the resurgence of classic adventure games, and the former Sierra devs making them, I had to ask a somewhat unconventional question: What are the odds of Lowe, Two Guys from Andromeda, the Coles, Walls, Lindsley and the rest of the Sierra On-Line alumni "getting the gang back together," as it were?

"I think we're kind of doing that, except it's really not all under one roof," Walls said. "It's there for the fans. I don't think we've talked, actually sat down and had that conversation, as far as getting it back together and having everything under one roof. It's a good idea, though, I think!"

"I think it's an interesting idea," Lindsley added. "Because these adventure games are doing really well, and succeeding on Kickstarter, it would be interesting to see a mini-publisher start up that just focuses on these types of games. You have individual development teams, because we're all in different locations now and it would be tough to sort of get together under one roof the way Ken and Roberta [Williams] did in Oakhearst. But I could see a mini-publisher that focuses solely on Sierra-style adventure games, for sure."