Dylan Wheeler, the Australian resident accused of illegally possessing an Xbox One development kit prior to the console's announcement in April, is reportedly refusing to comply with police to decrypt his MacBook — a fact that Wheeler himself is currently refuting online.

In a Data Access Order from the West Australian Police, Wheeler was allegedly asked to unlock his 15-inch MacBook Pro when seized by police, but stated he forgot the password as it was often changed.

The West Australian police report that Wheeler refused to elaborate on whether the password featured upper or lower case characters, numbers or special characters; however, in a statement on his official Twitter account Wheeler claims there were no such encryptions on the device.

Earlier in the month, the Perth teenager was charged with possession of identification material with intent to commit an offense, dishonestly obtaining or dealing in personal financial information and failing to obey a data access order. The case was adjourned until next month and he is yet to enter a plea. 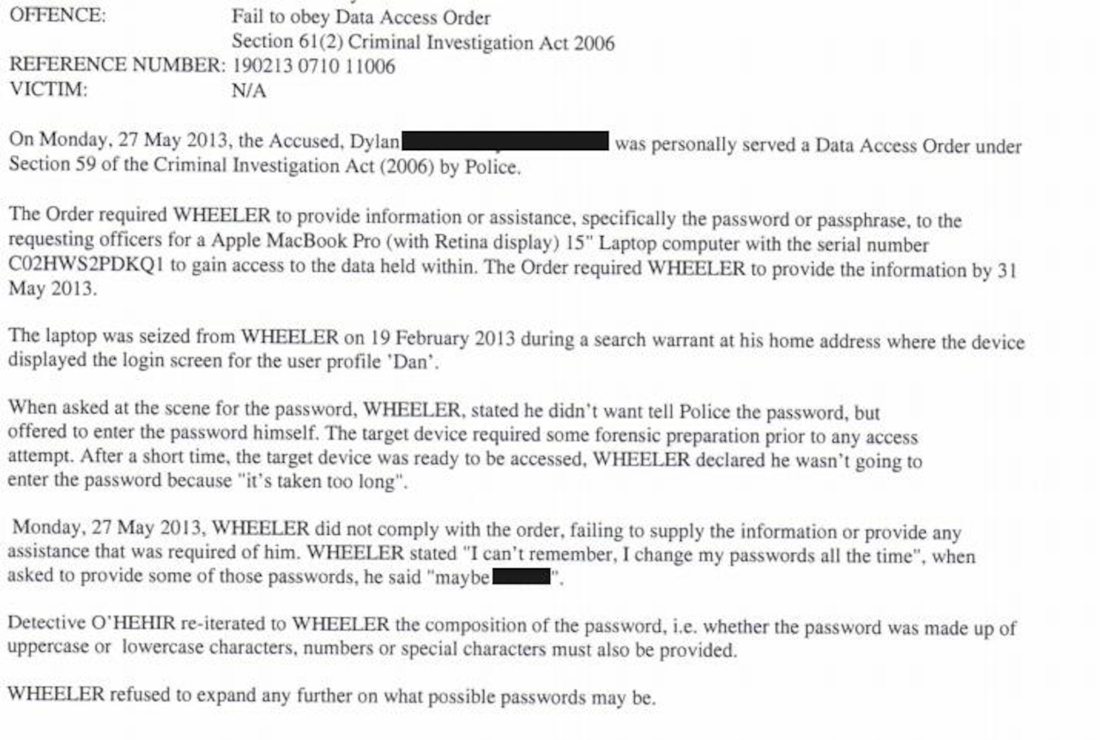