Opinion: Someone hates you on the internet

Share All sharing options for: Opinion: Someone hates you on the internet

As someone who's made his bread from a life on the internet, I feel confident in claiming the internet operates on three truths:

This weekend, indie game designer-cum-indie documentary star Phil Fish announced his departure from video games, following a vitriolic back-and-forth on Twitter that resulted in the artist being bombarded with hundreds of digital attacks and threats.

Fish's decision is the latest reminder that, whether your contribution to our shared digital experience is meticulously crafted work of art, a flippant tweet or an Instagram of your favorite pie, it will be wrong — infuriatingly, aggravatingly, maddeningly, irrationally so — to someone.

Your opinion will be wrong to someone

I've met Fish a number of times, and though I don't know much about his personal life, I do know he would love to no longer be in the spotlight. So, I'll show him respect and talk instead about someone else I know who shovels mounds of shit on the internet on a weekly basis: myself (and every other godforsaken sucker whose living demands him/her to exist in front of the public in even the most microscopic capacity).

This month, I launched Polygon's opinion section. It's my baby, one that's been months in the making. I knew early on it would be an outlet for the brilliant, funny, provocative, vital voices I have been fortunate to meet over the years. What I didn't expect — naively — is that an opinion section would also attract vitriolic agitators like moths to a flamethrower.

The commenters on Polygon have been generally smart, insightful, informative or at least pleasant. But an opinion section — and this is not unique to our site — attracts a different sort, and I've spent the past couple weeks trying to understand why.

Thinking about it, I mean really devoting some time and energy to getting in the heads of people I don't know, has been an enervating process. And at the end of the day, I fear it's also been fruitless.

The internet contradicts itself; it contains multitudes, many of whom are assholes, jerkwads, douchebags, pricks, scumbags, perverts, racists, bigots, homophobes, misogynists and folks who just had a really awful day, week, year or life. Their backstories are complex and sad; their problems are mostly indecipherable and incurable. 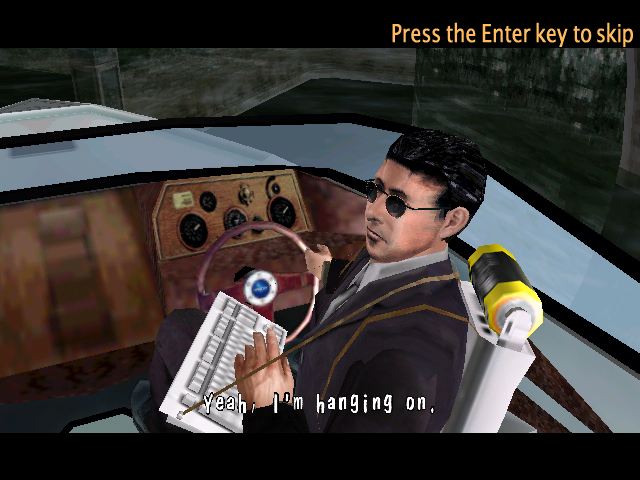 But what's interesting — what's essential — are the others. The reasonable people who, more often than not, comprise the majority. They may not speak as loudly, but that's because their language doesn't warrant the megaphone of the agitator.

In the past couple weeks, I've made an effort to refocus my energy, to think about these people: Who are they and what do they want? How can I serve them? And because they can and should be critical, how can I learn from that critical feedback?

Who are nice people and what do they want?

What I've learned is that positive people are like the white blood cells of the internet. They're also highly reproductive. When publicly encouraged to have a voice, more appear. When given a platform, they explain their criticisms in thoughtful, astute and helpful ways. NYU Game Center's Charles Pratt wasn't pleased with a recent article on Polygon that compared competitive gaming to NASCAR; when asked for a response, he gladly obliged, delivering a piece that opened my eyes, and those of many of my colleagues. And I still believe both authors wrote strong defenses of their unique arguments, and I believe everyone involved would agree. It's tempting to label a successful conversation between two adults "grown-up" and "mature," but I suspect children have better batting averages when it comes to petty arguments.

I can't change the haters. They will always be there. I can, however, help, promote, compliment and engage everyone else. I can increase their numbers, so that, like a chorus, their singing drowns out the shit talking.

Someone will always hate my favorite pie. That's fine. I'll find someone else to share it with.