Cellar Door Games has bridged the generational gap between 8- and 16-bit platformers and the brutality of old-school PC RPGs. Played entirely in 2D, Rogue Legacy features a fully randomized kingdom-in-a-castle that mixes the often punishing difficulty of roguelikes with a strong sense of power and progression.

The results are a light-hearted but deep mix of genre conventions. Rogue Legacy avoids the easy play for nostalgia, instead finding something unique.

Rogue Legacy follows the endless lineage of a proud warrior looking to restore peace and prosperity to a cursed kingdom. This knight's bloodline is tasked with attempting to explore and uncover the secrets of a mysterious castle that changes its layout for every new warrior that sets foot inside. A few more tidbits of plot are provided through journal entries that are found lying around the castle, but the story is kept to a tightly developed minimum.

I went through 145 offspring before I conquered the castle

You don't play as one hero in Rogue Legacy. Over the course of the game, you will take control of dozens or even hundreds of potential saviors, each presented as the child of the hero who came before — I went through 145 offspring before I conquered the castle. Each of these lives consists of exploring 2D environments, fighting a variety of monsters with swords or magic and collecting gold. When your current character's health is drained to zero, they're gone for good, and the castle layout is reset. Most roguelikes force players to start over from scratch upon death, but Rogue Legacy mixes the randomness of the roguelike genre with the character-building of an RPG to brilliant results.

Though each death means a new castle with fresh enemies and obstacles, you spend the gold you earned in your failed run buying upgraded armor, stats and bonus-granting runes. These purchases net your character everything from increased HP to the ability to double-jump to whole new playable classes. These additions are permanent across your bloodline, providing the game with a constant sense of progress that prevents frustration even in the face of the most difficult randomized rooms. 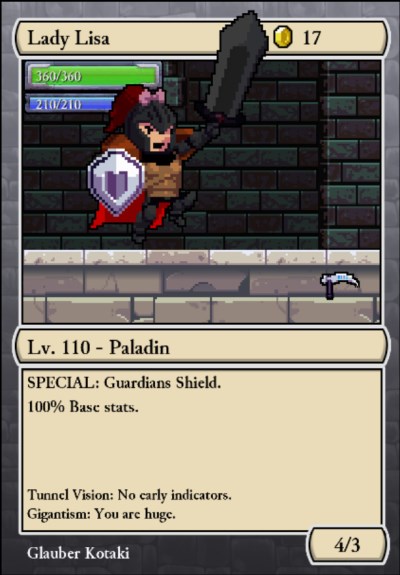 You're not only urged but required to spend whatever gold you've earned in between runs — an ominous hooded figure collects any unspent treasure before you go back in. This toll forces a steady stream of upgrades but also provides reasonable goals for each attempt. Your overall quest is to hunt down and destroy a boss in each of the castle's four areas, but I found it easy to focus on smaller, easier-to-achieve destinations. "If I can just collect a couple hundred more gold, I can buy another HP upgrade and this run won't be wasted."

Not that I ever felt like I was wasting time with the brief lifespan of my characters. A single run through Rogue Legacy rarely lasts more than 10 minutes; I can count the number of my attempts that lasted longer than 15 minutes on one hand. But the game encourages you to experiment, have fun and feel comfortable with short, failed runs.

Whenever you start a new generation, you choose between three potential offspring whose class, gender and bonus traits are all picked at random. As you open up more classes and discover which traits you like the most, this system can put you in tough spots. For example, there's Lady Faye, the spellsword with the vertigo trait, which flips your view upside down. I'm terrible enough at magic as is, so trying to use it while upside down? That run didn't last long, but it was an amusing, frantic few minutes.

For as many times as those uncontrollable traits led to a quick death, they also consistently surprised me and often aided my success. Some of the traits have obvious effects, like color-blind, which turns the game black and white. Others traits have less apparent results — the benefits of peripheral arterial disease, which the game describes as "no foot pulse," weren't clear until more than a dozen hours into Rogue Legacy.

Rogue Legacy's visual playfulness and willingness to tweak the gameplay with these traits builds a wonderful sense of discovery. It took me nearly 20 hours to finish the game my first time, but it never stopped showing me new and surprising things. These tiny, unique risks set Rogue Legacy apart from the various games it openly draws inspiration from — I've never played an action game or a perma-death driven RPG that succeeds the same way.

It's only when Rogue Legacy gives up the eager, wide-eyed approach in exchange for difficulty that it loses some of its steam. Each of the castle's four areas — including a forest, tower and dungeon — come with their own tough challenges, but the bosses in particular block progress, attacking aggressively and spitting out walls of projectiles that can quickly drain a full health bar. There are options for smart heroes. Each boss can be taken down with several approaches, and you're able to teleport directly to them if you're willing to lock down your castle and lessen the amount of gold you receive. There's a satisfying give-and-take to deciding whether you should lock in your current layout to make continued attempts at a boss or reset everything to build greater gold reserves and more powerful future generations.

Those options don't work half as well for the final boss, whose throne room lies right in the castle's entryway. With no journey to arrive at this opponent — even with castle resets — leveling became a chore that I needed to go out of my way to accomplish. It's the first point in the game where I genuinely felt like I was stalled by low stats alone rather than lack of skill. I couldn't win against the final boss without a couple of hours of grinding for gold; if the process of doing that wasn't so entertaining, it could have killed my enjoyment altogether. 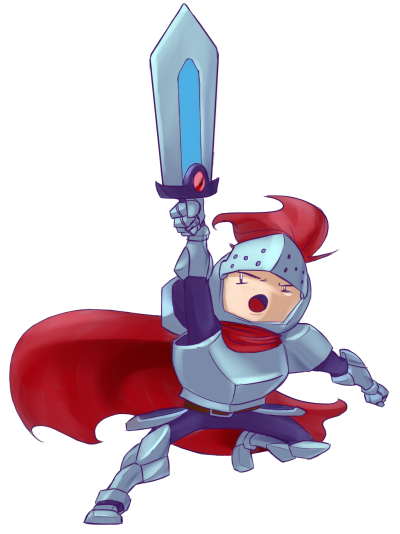 Our review of Rogue Legacy 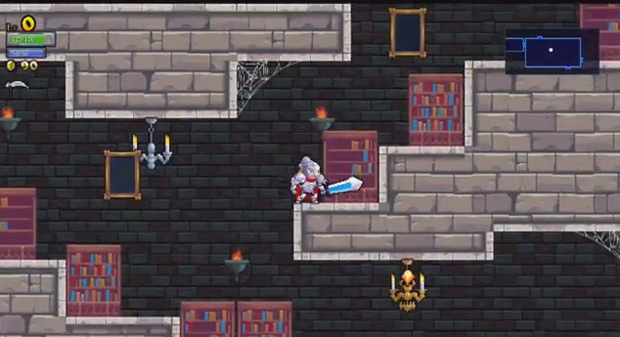 Rogue Legacy has always had its roots firmly planted in the classic platformers of the NES era, so it's no great shock that the game works perfectly on console and handheld. Even if it's an obvious fit, Sony and developer Cellar Door Games have ensured that the PlayStation platforms have the best version of Rogue Legacy possible.

Most notably, Rogue Legacy takes advantage of the PlayStation Network's excellent cross-buy and cross-save systems. This means you purchase the game on one PlayStation platform and instantly have access to play it on the other two as well. Your saved game progress is also uploaded to the cloud and pulled down to any platform you're currently playing. I was able to hop between playing on a big HD television with the PS4 and playing on the bus ride to the office with the Vita with no hassles.

The PlayStation edition of Rogue Legacy also includes all of the bonus content, tweaks and upgrades made to the PC version over a year of patches. The closest thing to a criticism I can provide is that I didn't like playing Rogue Legacy with a DualShock 3 after spending time with the PS4's far superior controller. Beyond that nitpick, there aren't many avenues for disappointment in this still-excellent game.

Our review of Rogue Legacy