You may have read about it or seen it on a livestream. But do you know what it is?

It looks like Minecraft but behaves like a dungeon-crawling massively multiplayer online role-playing game. It's run by the two-person development team at studio Picroma. The game features bright colors, blocky creatures and recipe-based crafting, and has been plagued with server problems since the launch of its open alpha in early July.

So, what is Cube World?

"My main aim was to create a game that I wanted to play by myself," he said. "I got the idea while playing Minecraft about two years ago. I was fascinated by the possibilities of procedural generation in a block-based environment. So I started a prototype with some basic multiplayer and played it with my wife. Being an RPG fan I decided to make a randomly generated RPG with a retro look. Here I was inspired by my favorite games from the 16 bit era, like [Genesis action RPG] Landstalker: The Treasures of King Nole, the Zelda games and The Secret of Mana." 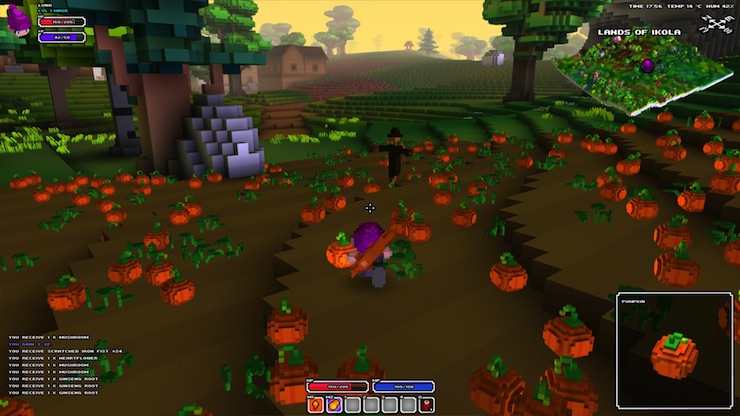 Programming had always been a hobby for von Funck, whose dabbling resulted in his own self-crafted set of graphics tools, Plasma. After receiving his PhD in computer science, he decided the time was right to start his own original game, and his own studio.

Von Funck pointed us to a post from June 2011 on the TIGSource forums, where he first announced he had started development on Cube World, sharing his dream for an open-ended role-playing game. Players begin as "a weak hero" who has been "abandoned in a huge fantasy world full of monsters and mystery." Players are too weak to fight monsters or explore dungeons, so they must become stronger through survival.

Beefing up equipment requires killing smaller enemies and crafting — only primitive tools at first, but gradually moving up to more complex weapons and armor. Consumables including potions and food can also be produced through the game's crafting system, and as players level up they can automatically learn new recipes.

Additionally, recipes can be found by defeating enemies or purchasing them from vendors, and each one requires certain ingredients and must be completed at a certain station — such as a loom, saw, workbench or spinning wheel, depending on the material being crafted. Players can also customize the way their weapons look by placing specific types of cubes on them, which will not only alter the item aesthetically but will improve its stats. 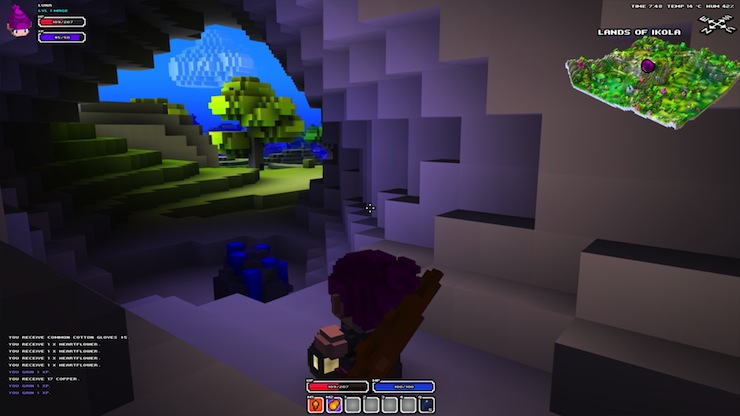 Von Funck noted that he didn't want a complex mining and digging system like in Minecraft, and players wouldn't have the ability to build structures but could create a personalized arsenal without becoming too mired in fetching mechanics.

"Due to it's procedural nature, the game should be open-ended and you can become mightier and mightier and explore more and more parts of the Cube World," he wrote. in 2011, "So that's my vision for Cube World. I hope I can realize it. "

The decision to focus on class-based tactics, loot finding and exploration comes from von Funck's idea of what makes games like World of Warcraft and Secret of Mana addictive: massive worlds, useful and quality goods and the ability to play in groups.

"I'm a big World of Warcraft fan, also Diablo and Secret of Mana were big influences," he said. "I really like having completely separate classes, each with a different gameplay. In my opinion it adds so much to the replay value of a game. Also group gameplay is really interesting with varying classes.

"I think loot finding is one of the most addictive aspects of an RPG, so we included a lot of different items," he added. "We emphasize the exploration part because of the huge procedural world. There's basically endless content to explore."

Currently multiplayer in Cube World hosted on private servers, where up to 10 players can participate in a group version of the game's single-player mode. Dedicated servers or private computers can run the application, which enables online and LAN multiplayer. Von Funck notes that Picroma is still experimenting with the maximum number of players and hopes to tweak this in the future.

Cube World launched its paid alpha phase on July 2 for Windows PC. However, the game was besieged with server issues that made the title unstable for nearly two weeks: On July 6, von Funck said the game was hit but a stream of DDoS attacks that forced him to bring the game down. Picroma took the shop and user registration systems offline immediately in order to protect user information. Since the attack, all services have been restored and the Cube World servers have been upgraded — and more heavily armed. 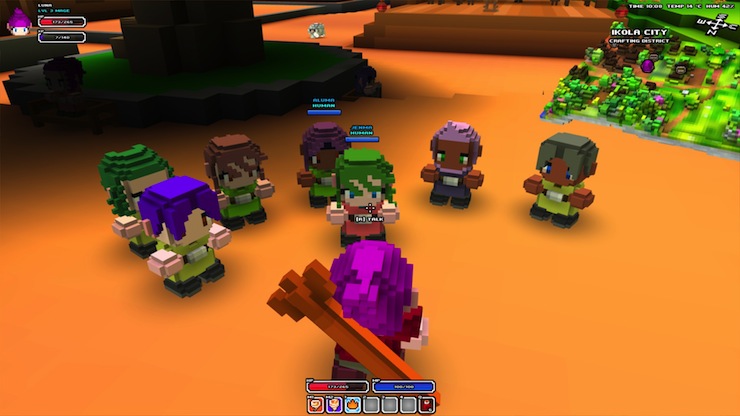 "[The DDoS attacks] have become much less frequent," he said. "Everything is stable now." Von Funck would not share further details but noted that the game is back up and available for players who wish to join.

Von Funck acknowledges that yes, at first glance Cube World looks like a Minecraft clone. But rather than take such comments as criticism, he sees them as compliments and welcomes the comparison.

"Minecraft is an inspiration for me and has a similar look as Cube World," he said. "When I'm explaining someone what I'm working on, I often compare it to Minecraft by myself."

Storage for player-collected items is still something Picroma is working on, and although there are no plans to add a Minecraft-like building system, von Funck wants to implement a housing system. 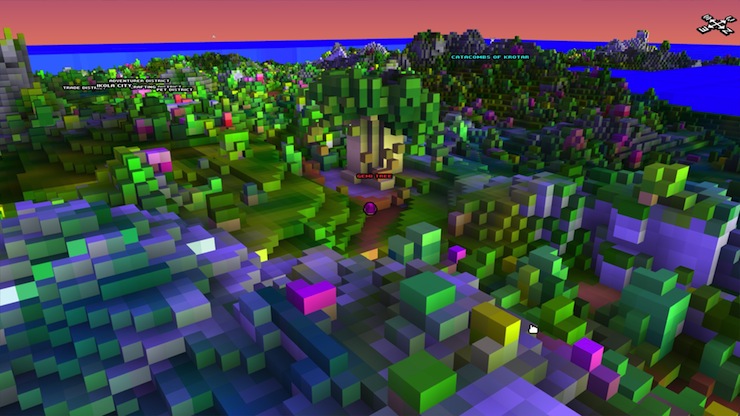 "I like the idea of a player house, where you can store items, treasures and trophies, prepare new explorations or just rest for a while," he said. "We don't want to put a focus on complex building, it just doesn't fit in the game. We will probably add a housing system where players can extend their house with preset parts."

Currently, von Funck is working on Cube World with his wife Sarah, who designs the game's voxel-based sprites and assists in implementing new content and gameplay. The pair are working on a port for Mac and want to bring the game to consoles, but cannot share more information on the latter at this time.

Players can purchase the alpha of Cube World in order to receive access to the current version of the game, as well as the future paid and full versions. Von Funck said Picroma will keep this business model until the game's full release.