Pikmin 3 stands as one of those rare pieces of evidence that a modern Nintendo can still produce something wholly unique.

It feels strange to say that about the third game in a series, but with a generation-long gap between previous entries, Pikmin 3 feels astoundingly fresh. It prioritizes the exploration and spirit of adventure that Nintendo has always done so well, but with a style of gameplay that's relatively untapped.

Pikmin 3 tells the story of Alph, Brittany and Charlie, three intergalactic travelers sent to the Pikmin world to harvest fruit and end their home planet's food crisis. As with the previous game's protagonists, they crash-land and discover the titular race of adorable plant creatures, who are all too happy to serve as tools and soldiers for the visitors. The plot drops brief references to concerns about environmentalism and the morality of using Pikmin as manual labor, but it settles for a Pixar-esque cheeriness over a pursuit of weightier issues.

It sounds precarious, but Pikmin 3 finds a graceful balance between violence and a kid's game. It refines real-time strategy mechanics into a clever, console-friendly shape. As Alph, Brittany and Charlie explore the world — which is split up into five large levels — they grow their available army and discover new types of Pikmin. You can tell the Pikmin apart based on their color and appearance, and different varieties have different abilities. For example, the initial stock red Pikmin are fireproof and have a stronger attack than other types. Rock Pikmin can destroy strong barriers, yellow Pikmin are immune to electricity, and so on.

These different abilities turn every moment of Pikmin 3 into a small puzzle. There's obvious stuff — i.e. this gate is electrified, so I need to send my yellow Pikmin to destroy it while the others hang back — but even combat encounters against the world's large wildlife are about considering your approach. An enemy that knocks Pikmin off of its back and then breathes fire on them should probably be approached by red Pikmin alone. Since everything is designed around utilizing these abilities, Pikmin 3 provides a constant stream of satisfaction. Even when the answer was clear, watching the results play out was delightful.

That cerebral enjoyment helps make up for the sometimes messy mechanics of the game. Your army grows to a total of 100 Pikmin on the field at any one time, which can then be split into three groups — one for each of the main characters to command. It's easy to swap between the different types of Pikmin on hand, but actually aiming them at enemies and obstacles can be frustrating. A tiny flick of the Wii U GamePad's thumbstick can send the aiming reticule careening away from your desired target, and the game had trouble recognizing whether I was trying to finesse my aim or actually move my character. Small items and flying enemies in particular pose a problem for targeting. 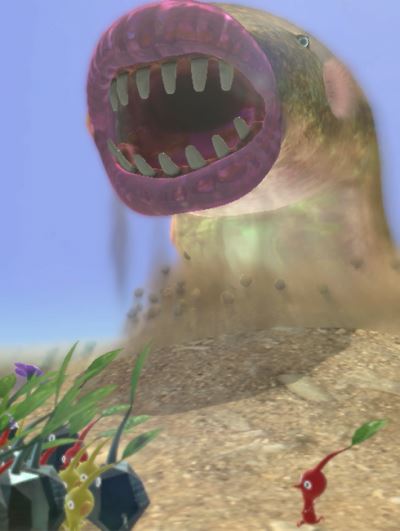 Compounding this frustration, shaking the GamePad causes all the Pikmin in your current squad to disband. The hardware has a very liberal definition of "shaking"; calmly shifting the controller from one hand to another or briefly setting it down on my lap often had the unintended consequence of splitting up my group. That function is already tied to a button on the controller as well, making it especially useless and baffling.

Many of the control issues in Pikmin 3 can be alleviated by switching to a classic Wii remote and nunchuk setup, but this comes with its own concerns. The lack of buttons means no direct control over the camera, although you can easily and quickly re-center it behind your character with a single button press. More annoyingly, giving up the GamePad means giving up the map, one of the few major additions to the Pikmin formula. The GamePad's map allows you to set groups to auto-walk to locations as well as providing an easy way to track down missing items and Pikmin. Pikmin 3 is certainly playable without it — it's just disappointing to need to find a compromise between comfortable controls and quality of life.

All of the multiplayer options are local split-screen only 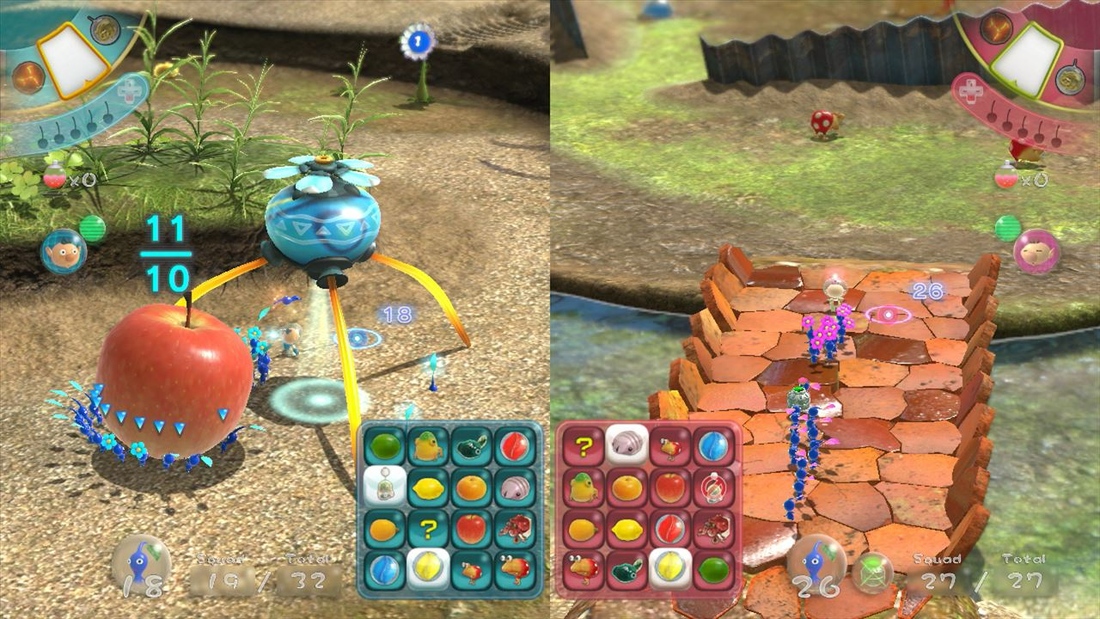 Pikmin 3 sections its multiplayer off to separate modes. Mission mode provides small maps with challenges such as collecting as much treasure as possible within the time limit. These short levels can be played solo or with split-screen co-op, though co-op partners have a shared army. The standalone missions are a fun distraction, but chasing high scores isn't nearly as engaging as the campaign.

The competitive Bingo Battle mode opens things up to a max of four players (CORRECTION: Bingo Battle mode is actually only available for two-player, even in the strangely labeled 2v2 option), each with their own base and a "Bingo card" telling them what fruits or enemies need to be carried back to their ship. There's a surprising amount of depth here, with different maps providing different Pikmin types and new strategic twists.

Whether you're interested in teaming up with friends or fighting them, Pikmin 3 has one frustrating shortcoming: All of the multiplayer options are local split-screen only. If this was still a Gamecube game, that would be understandable; for the Wii U, Nintendo should have figured out how to make it work online. 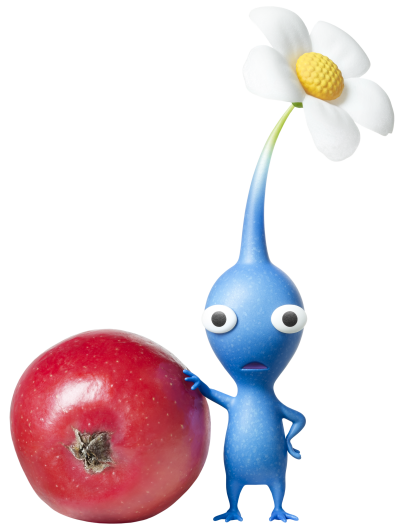 Even when it struggles with precision controls, Pikmin 3 skews toward lightly challenging rather than full-on difficult. I accidentally tossed handfuls of Pikmin to their untimely demise and once blew up a whole group with a poorly-placed bomb, but these mistakes never made me too angry. Each Pikmin lets out a heartbreaking wail when it dies, but the game trivializes those deaths for the better; earning tens or even hundreds more Pikmin is always a quick and easy process.

Even Pikmin 3's soft time limit is less scary than it sounds. It's a middle ground between the set 30-day limit of the first Pikmin and the open-ended freedom of the second. Alph, Brittany and Charlie require fruit juice to survive, which means you need to track down giant pieces of fruit and have Pikmin carry them back to your ship.

Each in-game day lasts approximately 10-15 minutes, and if you don't have any new fruit collected or a stock of juice from previous days, your characters starve to death. Fruit isn't rare though, and many larger pieces will provide enough juice to last you for multiple days. By the time I finished the game, I had built up a buffer of over 30 days' worth of extra juice — and that's in addition to the 40-some days I had used to complete the game. Even if you mess up somewhere, you can restart the game from any previous day.

Pikmin 3 isn't perfect. It's not as polished, responsive or tightly-designed as the average Nintendo game. But these issues are never bad enough to derail it entirely. Even in its third incarnation, Pikmin's sense of discovery outweighs any control annoyances it may have and provides a charming variety that the Wii U has sorely lacked. Being different counts for a lot.

Pikmin 3 was reviewed using a final download code provided by Nintendo. You can read more about Polygon's ethics policy here.