Share All sharing options for: iBomber Defense and Ten by Eight hit PS Mobile this week

iBomber Defense ($2.79, pictured above) takes the strategy of the iBomber franchise and combines it with the tower defense genre. The release is part of Chillingo's recently announced efforts to bring some of its games to the platform, beginning with HolyWaterGames' Feed Me Oil last month. 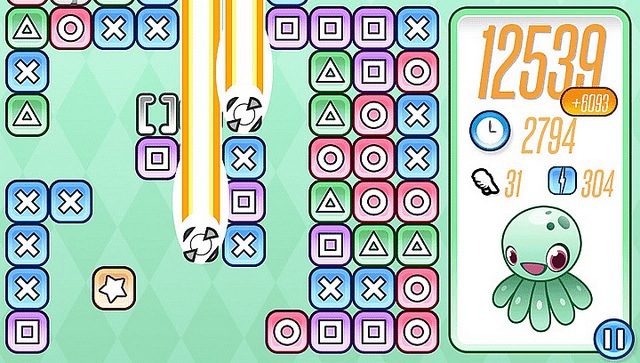 Ten by Eight ($2.99, pictured directly above) is a tile-based puzzle game that tasks players with swapping the PlayStation button-themed tiles to clear the playable area. Players can create their own challenges in Zen Mode or race against the clock in Timed Mode or play as long as they want tin Endless Mode — as long as the rocks you need to surround and destroy don't touch the bottom of the board.