Alex Peake, maker of troubled Kickstarter game Code Hero, is in hot water with his backers again, after months without any updates and a website that's gone dead.

A series of new comments on the game's Kickstarter page set a generally pessimistic tone, with backers concerned that the project is dead, and some speaking of class-action lawsuits. Develop ran a story today, reporting that alpha-testers are unable to access the game.

But according to Peake, Code Hero is still on track for a full alpha build at PAX in late August. He claimed that he'll be releasing a statement about the project over the next few days.

"The website is down temporarily and will be back up soon," he told Polygon. "A release is close to done. It's just been a little overwhelming with people being so negative. It's hard to respond until the release is done in a way that will address people's concerns." 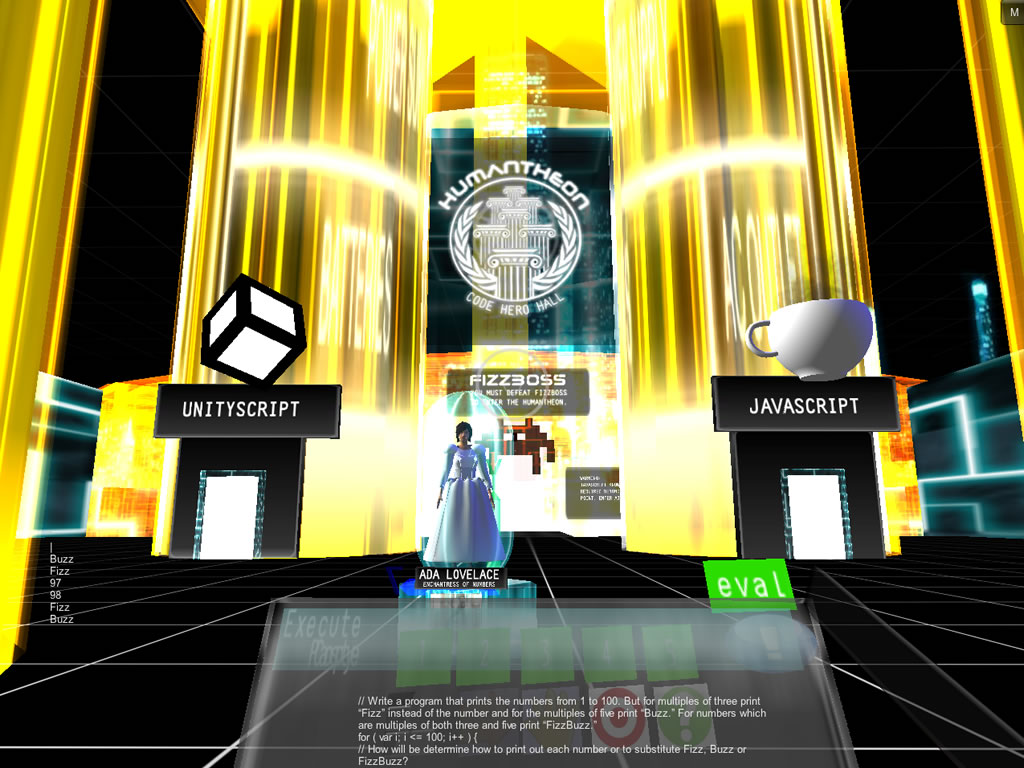 Code Hero has been pitched as a game where players learn to make games through play. It has been described as a cross between Portal and Minecraft.

When asked about the response of Kickstarter commenters, he said that people have "been out for us for a long time." "Obviously it would have been better to respond earlier with explanations about what is going on, but I am little overwhelmed at this point. I am just trying to finish this and get it out there and get the site back online."

He added, "It's hard to write code and finish the release when you have people saying horrible things about you."

Peake explained the disappearance of the Code Hero website as a "mix-up" with the hosting company and said it would be fixed in a few days.

Last December, Peake hit the headlines when it emerged that the $170,000 he'd raised from Kickstarter had all been spent. At that time, he went three months without updating backers, but finally emerged to say that the project would be proceeding. He carried on updating followers, at least for a few weeks. His last update on the Code Hero Kickstarter page is dated March 5.

"We were doing weekly updates," said Peakes. "I know that complaining about people criticizing us sounds dumb but honestly, it was discouraging to hear from [critics] who just didn't think the updates were good enough and were dissatisfied. It is hard to work on something while you are being criticized about it. Game development is hard work. I know it would be better to take it on the chin and respond to every criticism but it can be psychologically taxing to do so."

With the Kickstarter funds spent, Peake says he is funding development via "some small contracting work on the side," but he declined to offer specific details. He said that once the new build is ready, he will seek sales to schools, raising income that can fund the rest of the project.

Some Kickstarter commenters have complained about the state of the game's current build. "It's still unstable and incomplete," explained Peake. "It's an early alpha, not a full public alpha. That's the kind of alpha we want to release at PAX, which can be used as a learning tool. We are working so hard to get it ready for that."

On the troubled project's growing notoriety, he said, "I only have myself to blame for that." He added that, of all the games backed on Kickstarter, very few have been released as yet, and that most are from "experienced, larger developers" than his own operation.

"It's important to realize that smaller developers who don't have a lot of resources or experience and who are attempting to do ambitious Kickstarters are not intending in any way to be scam-artists," he said. "But they can run into difficulties and run out of funds, and that's the situation we have run into. Because of poor communication on my part, people are feeling in the dark about it."

Polygon will continue to update this story as more information becomes available.

Toem is a video game built entirely around a photo mode

Great Scott, Back to the Future: The Musical has an official trailer

Microsoft Flight Simulator fans will get 3 new controllers, all compatible with Xbox