Japanese players will get their choice of a deep blue 3DS XL featuring the new Generation 6 Pokemon Xerneas and Yveltal, or the Premium Gold edition featuring a forest pattern and the silhouettes of both creatures, as well as shadows of the games' three new starter Pokemon.

Each 3DS XL will be bundled with a digital copy of either Pokemon X or Pokemon Y, along with a 4GB SD memory card. The handhelds cost ¥22,000 (about $219), and the Premium Gold edition will only be available at dedicated Pokemon Center stores.

Polygon has reached out to The Pokemon Company to ask if Nintendo plans to launch the limited edition handhelds in western territories. We will share more information as we have it. Pokemon X and Pokemon Y will launch worldwide on Oct. 12. 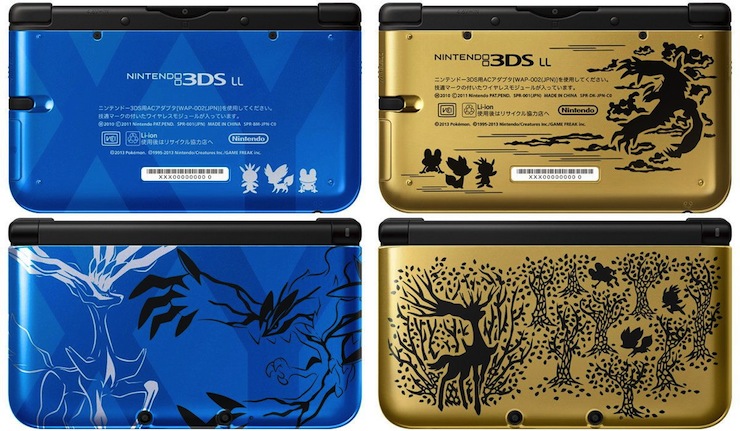