Civilization 5’s latest expansion, Brave New World, is the culmination of the game’s evolution since its 2010 release.

With Civilization 5, Firaxis stripped the venerable strategy franchise to the studs and rebuilt it as a hex-based wargame with Civ trappings and an ultra-light UI that worked at almost every level. It was unquestionably Civ, but it was also radically different.

In 2012 the Civ that changed the series saw its own transformation with the Gods & Kings expansion, which brought back religion and revamped the combat system to bring things in line with hex-based strategy gamers’ expectations.

Along with a number of new playable civilizations to match Gods & Kings — nine, to be specific — Brave New World adds major game mechanics and makes substantive tweaks and layers on additional minor elements. And all of these changes are enough to make Civilization 5 the final realization of the Civ-as-wargame dream.

The Venetians and the Shoshone radically change Civ

Brave New World's new civs are more than new faces on some reshuffled bonuses — they’re both thematically different and in some cases fundamentally different, from a strategic perspective. The Venetians and Shoshone in particular radically changed the way I played Civilization 5 — though they might just break it. 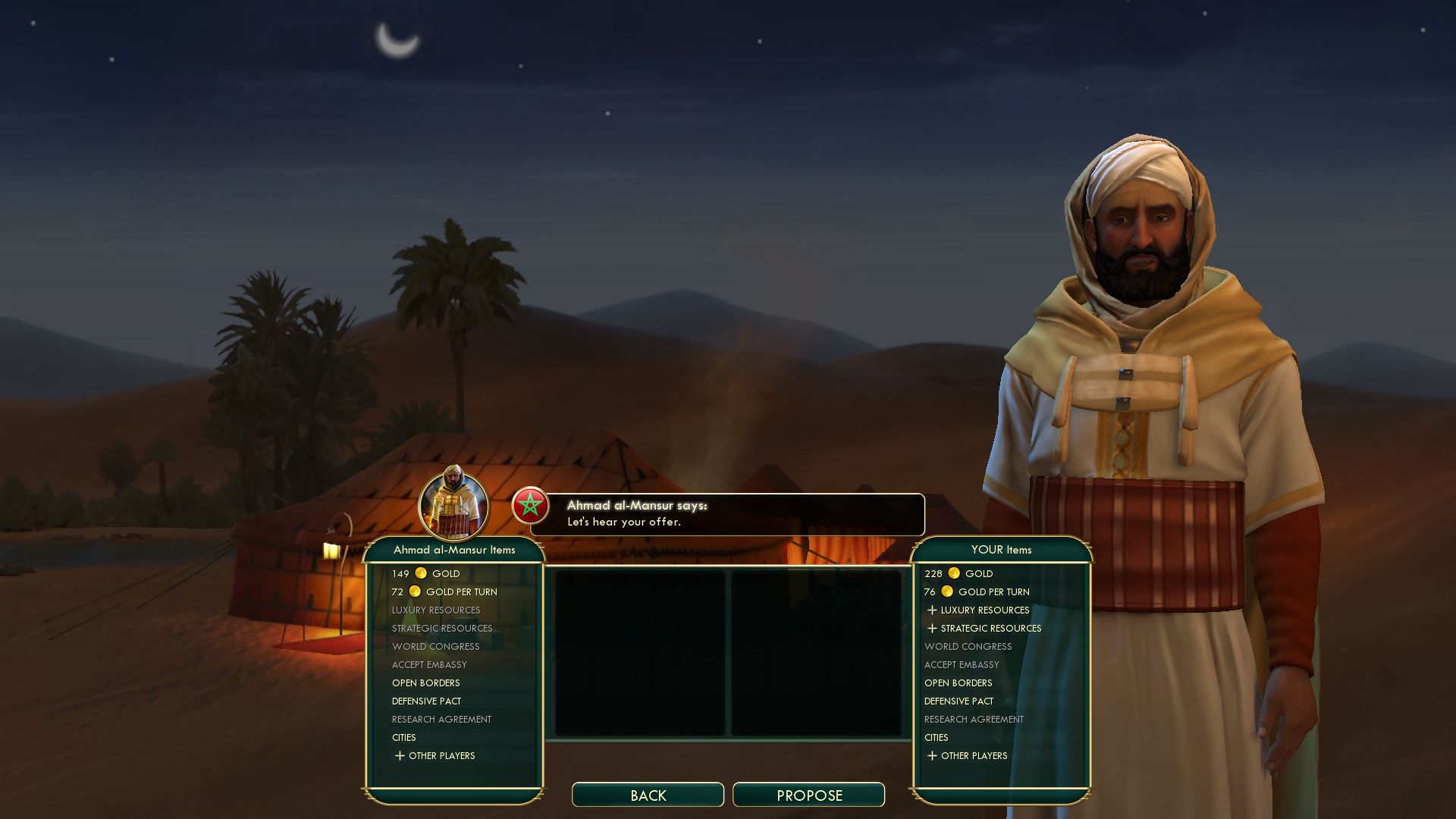 The Brutality of History

Brave New World introduces a number of new scenarios — predefined games that set specific restrictions and victory scenarios — which include the American Civil War and the Scramble for Africa. Civil war is a set piece battle in which the two armies must take and hold each others' capitals. It's impressive in how well it can adhere to the actual history of this war, and even with many of the new gameplay systems disabled, it's striking to see how well Civilization 5 can compare against dedicated historical wargames.

Scramble for Africa also presents a strikingly familiar historical struggle, pitting the late 19th Century European powers, the North African nations and a handful of native civs all against each other for discovery and wealth. The map of the African interior is randomly generated with each new game, and depending on the civ you choose, the experiences on offer are as much a history lesson as a game. Watching the strategies unfold and seeing computer simulations naturally behave as their real-world counterparts — and try to kill you — is fascinating and fun.

The potential pitfall of recreating this specific kind of world history in game form is the possibility of awakening some of the more ethically challenging aspects of that history. Brave New World doesn't shy away from this challenge, but it doesn't celebrate the darker side of history either. As with the many ways to win a game of civ, the choices you make reflect the way you choose to play, not necessarily the ethics of the game's creators. (continued below) 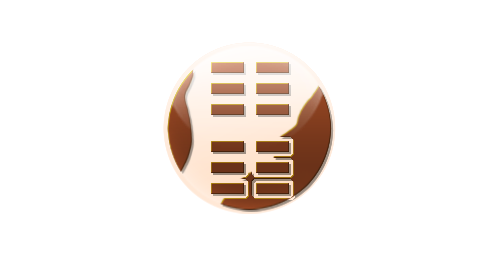 Venice takes Civilization’s "One City Challenge" and tailors the civ around it. Venice doesn’t spawn settlers and conquered — or purchased — cities can’t be annexed. What Venice can do, however, is generate massive amounts of gold, quickly. The civ gets two trade routes where other civs get one and can purchase units inside of puppeted cities. The Venetians also replace the Great Merchant unit with their new special unit, the Merchant of Venice. The Merchant of Venice can "buy out" city states and, short of military conquest, it's the only way for Venice to acquire new territory. 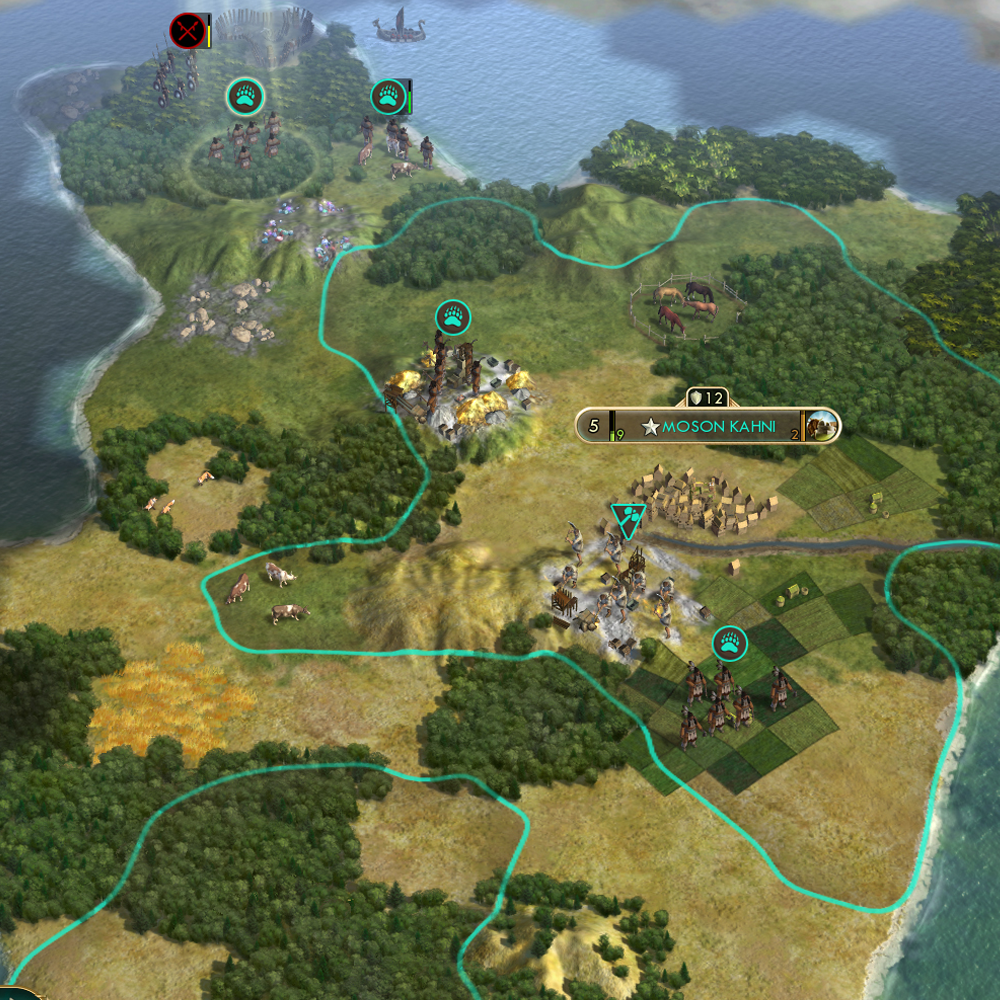 These changes to the Civ formula will either force you to change the way you approach winning the game, or, if you are a life-long follower of the "less is more" philosophy, finally give you a civ that will make economic domination feel like a true accomplishment rather than a side effect of a larger strategy.

In my playthrough as the Venetians, I started on an archipelago map, comprised mostly of small islands in a vast ocean. I was able to surround the opponent civs and place colonies in strategic locations before finally launching a military campaign. I overcame my enemies with a much smaller civ, largely by outspending them, without the detriments of building a civ large enough to generate vast wealth; an experience that's a little unusual and novel.

The Shoshone pursue a somewhat opposing path. Their core advantage is starting new cities with huge swaths of land instead of the traditional six-hex border. This allows the civ to rapidly expand, while receiving a combat bonus on friendly territory that effectively makes them a defensive super power.

Given the traditional penalties in Civ for having too many cities or too large a population, the ability to control vast spaces with relatively few cities opens up some neat possibilities both offensively and defensively. 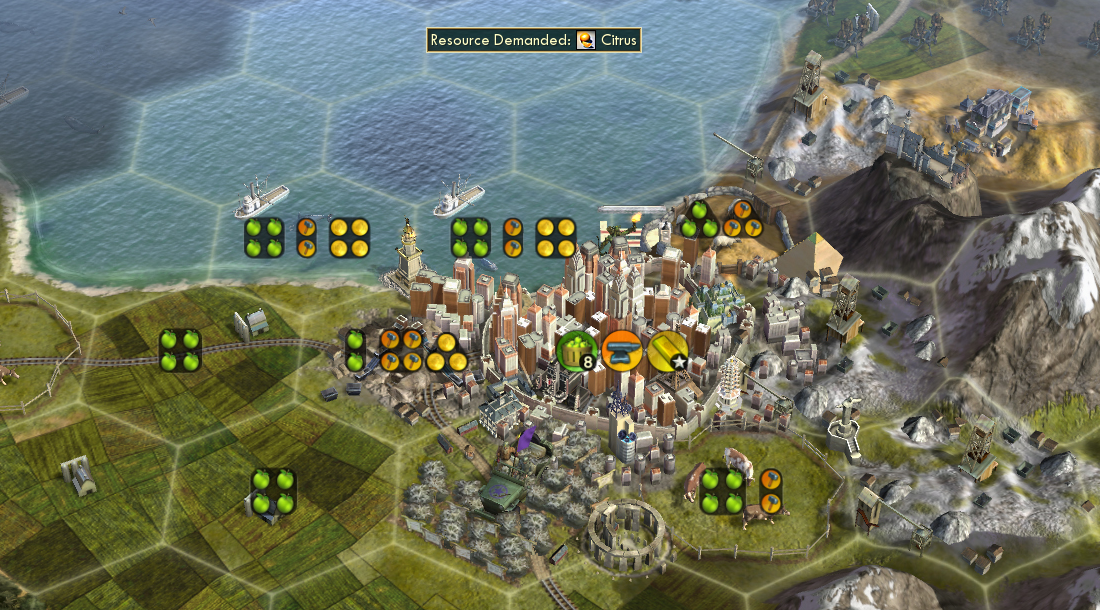 As the Shoshone, I attempted to expand across a continent quickly, but came up against my opponents and our borders stabilized early. I again ended up with a relatively small empire, but the Shoshone, unlike the Venetians, don't get an economic advantage. This disadvantage forced me to think creatively and leverage the Shoshone’s particular skills — I tricked an opponent civ into attacking me, and used my defensive bonuses to decimate their army and conquer their cities.

In both playthroughs,I was struck by the thematically and strategically different experiences each offered. I had a clear choice in both cases of which type of victory to play for, and the civs' bonuses and benefits weighted those choices differently. Being able to evaluate the strategies of opponents and change course mid-game is an unusual experience in Civ, and welcome. 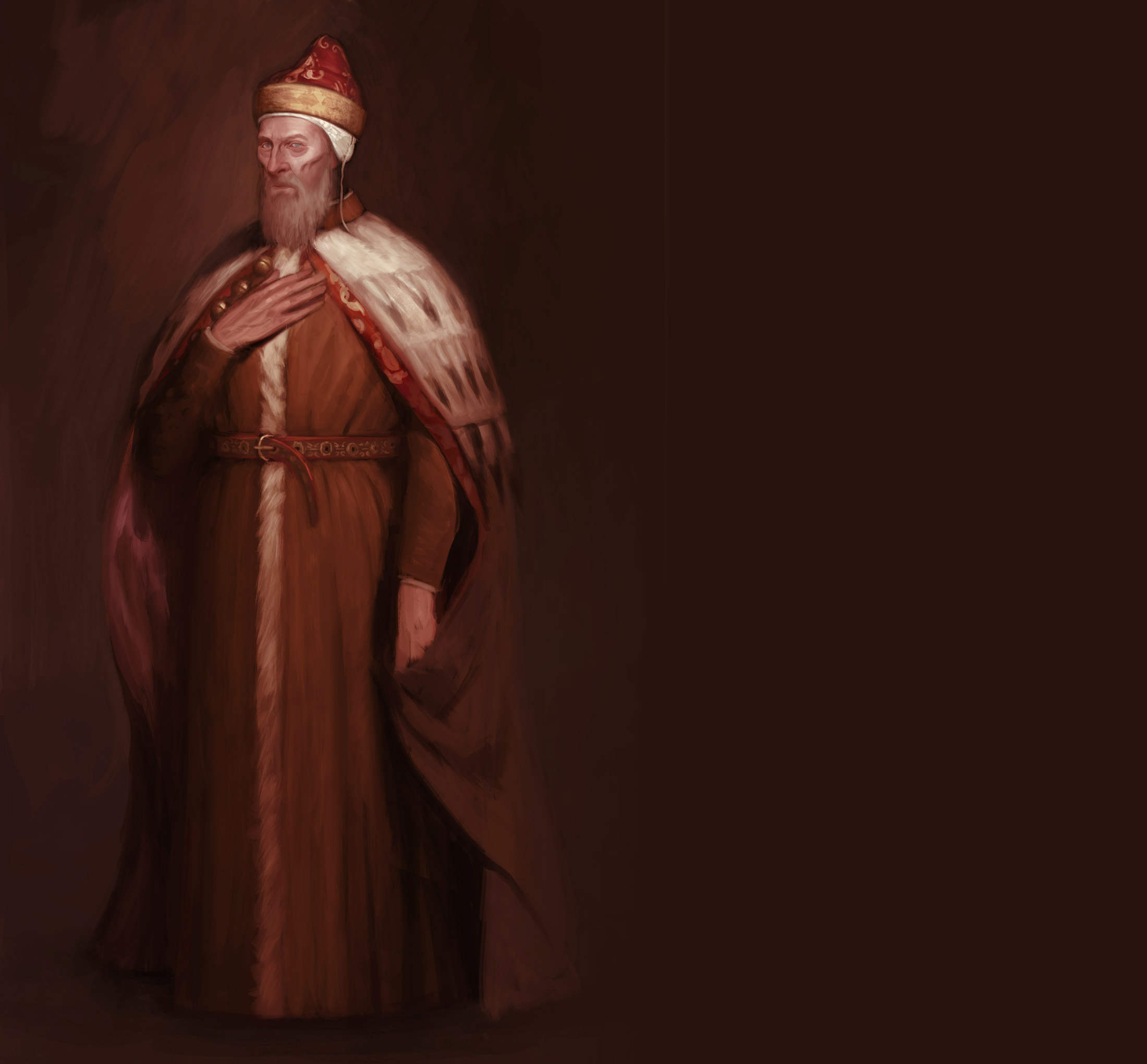 The Brutality of History (cont.)

The scenarios, though, can be a different story. In the Civil War scenario, for example, there is no chance for a diplomatic or cultural victory. You must slaughter your opponent's armies to win, and they die in droves — historically accurately. In Scramble for Africa as well, even though you can technically achieve victory without engaging in mass slaughter, the scenario's victory conditions reward treating the challenges set before you as your historical counterparts would have.

I played Scramble for Africa as the British. The game forbids waging war against other European powers, so my options were to build victory points by carving more land for myself out of the African interior, discovering and liberating cultural relics, conquering native civilizations or building a railroad across the breadth of the continent.

I chose a combination of these, and my first act was to expand north from South Africa. When the unfortunate Boers got in the way, I destroyed them. When the Zulus encroached from the East, I destroyed them too. Then I built a railroad to carry my discovered treasures to port, then back to England. Just as the English did. It's possible to blame the game for reminding us of these historically accurate atrocities, but the brutality of history is a fact.

(continued) Individually each change adds a little bit of flavor, but combined, they make a meal — and as with any good meal it's all about the finish.

Civilization 5 has always bogged down in the end game, the mass of units and production queues and events dragging out the length of each turn, with no clear correlation to the complexity or satisfaction of the experience. Even with multiple ways to win the game, most victory conditions are foregone conclusions well before the end game, making the later game stages feel superfluous and tiring.

Gods & Kings addressed this problem somewhat, but Brave New World tackles it head on. While it is still possible to so successfully dominate that victory will be assured and irreversible midway through a campaign, the new trade routes and the World Congress add new tools for changing the course of the game in the late stages. And the new civs, as mentioned, create engaging opportunities for taking advantage of those mechanics. 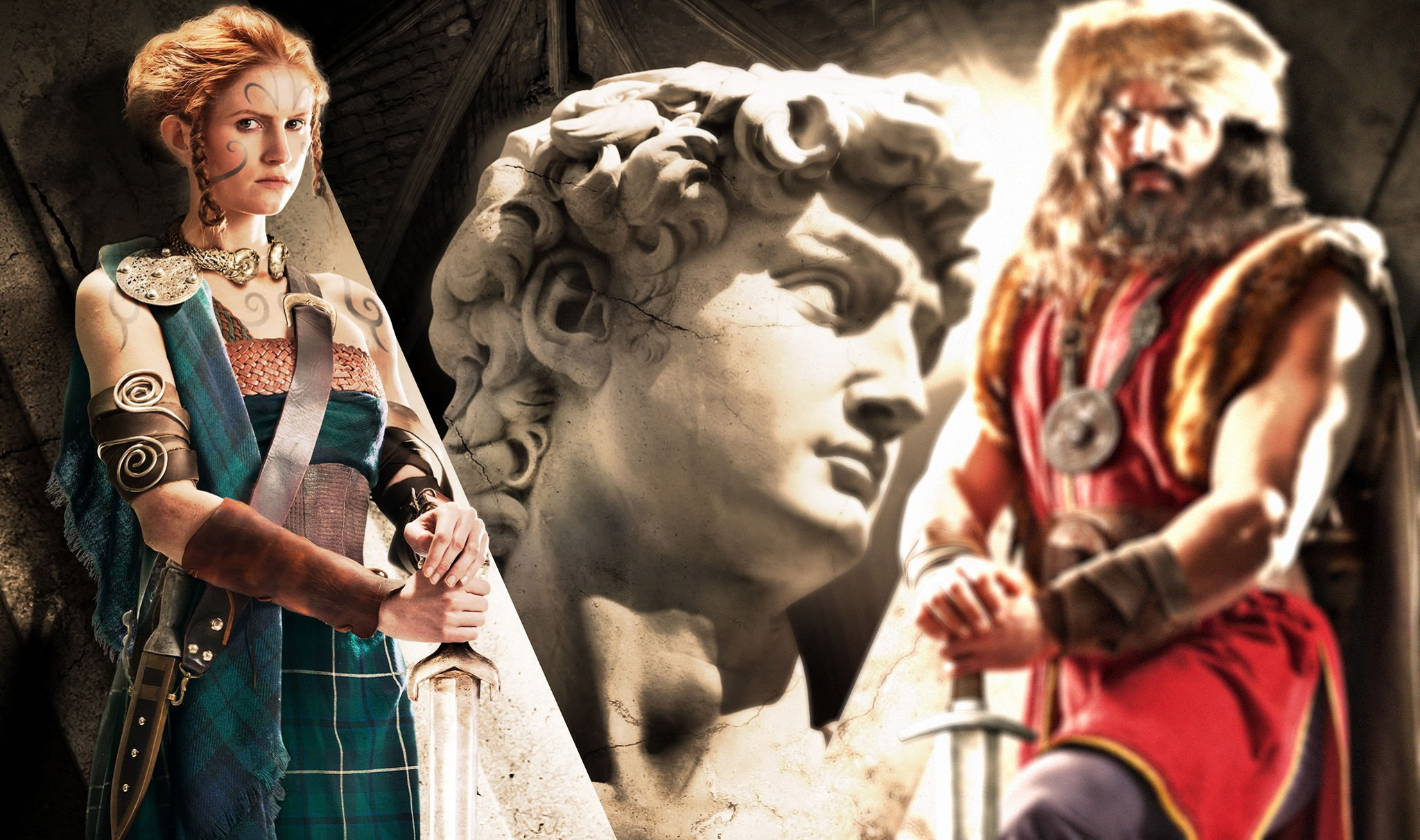 "Building on the strategy-minded improvements from Civilization V proper, Gods & Kings takes it one step farther - arguably the wining step - bumping the combat system from a 10 point to a 100 point scale. Units are not substantially stronger or weaker, but interactions have become deeper. Instead of dealing two damage points and having seven health (for example), a unit may now deal 23 points and have 78 health. It's a deceptively simple change that has massive repercussions in how the game plays out.

For one thing, battles last longer, and units, previously expendable, are now much more upgradeable. I played through an entire 350 turn game and carried roughly a dozen units all the way from beginning to the end, upgrading with new technologies and promoting with combat bonuses along the way.

I found that this made me carefully consider each engagement, and I became more reluctant to sacrifice units. I began to think strategically, gathering large numbers of different unit types and moving them more thoughtfully across the board. This, as opposed to how combat would typically play out in Civ V, where the center of a line would break either way and a single, powerful unit could easily conquer a kingdom."

Trade routes allow you to generate income by shuttling ships or caravans between your cities and those of other civs, with science and religion bonuses tagging along for the ride. In my Venetian playthrough I was able to use trade routes to leap frog ahead of other civs monetarily, but in so doing I accidentally granted huge science bonuses to my eventual enemies, allowing them to build more highly advanced armies to counter my much larger one. Combined with the faith and espionage systems from Gods & Kings, this adds an intensely deep layer of sub-surface strategy to the game. Trade routes can be plundered by enemies; meanwhile, missionaries can spread a subversive religion that could undermine your civilization's bonuses.

The World Congress allows for its own unique uses and/or abuses. Among them: the ability to declare a world religion or cut off a specific civ from trade bonuses. Late in the game, it also votes on a world leader. If you've accumulated enough delegates through allying with city states or building the right Wonders, you can effectively render opponent civs helpless by cutting off their funding, or you can simply vote yourself the winner. When I followed this path with the Venetians, it felt sort of like cheating, albeit in a satisfyingly devious way.

It speaks to Civilization 5âs solid foundation that Brave New Worldâs wealth of new mechanics fit seamlessly and combine in occasionally unexpected (but never quite broken) ways. Firaxis could have played it safe and simply layered on more changes of clothes. Instead it took the strategy gaming bit between its teeth and launched the venerable franchise into some startlingly new territory, while keeping it fun, engaging and â remarkably â approachable.