The manga's storyline will follow Black Flag protagonist Edward Kenway as he decides to enter the conflict between the Assassins and Templars — in addition to navigating the pitfalls of his already perilous pirate lifestyle. The story will be written by Japanese historical novelist Yano Takashi and will be drawn by manga artist Kenji Oiwa, known for his work on the Midas Eater and Goth comic series.

The series will begin running in the first September issue of Jump.

Takashi is know for his books steeped in Japanese history. Notable works include The Man who Broke the Tiger: Kiyomasa of the West on the samurai Katô Kiyomasa and contributions to a book on Sengoku Basara 3 character Date Masamune, who is based on a real-life Japanese figure.

Assassin's Creed 4: Black Flag is slated to launch in North America on Oct. 29 and in Europe Nov. 1 for PlayStation 3, Xbox 360, Windows PC and Wii U, with PlayStation 4 and Xbox One versions to follow at a later date. 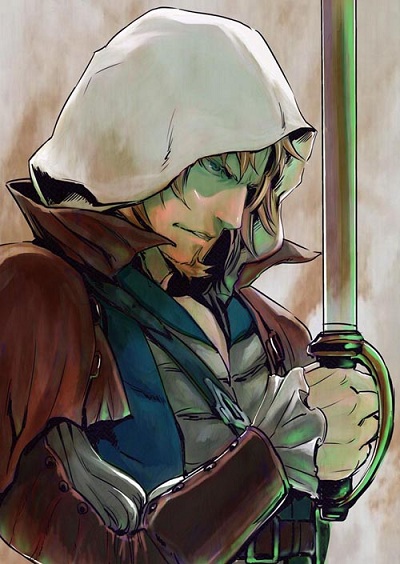 Polygon has reached out to Ubisoft to ask whether the manga will see a western release, and will share more details as we have them.

Check out our interview with the game's lead writer here.