Share All sharing options for: Splinter Cell: Echoes comic series author details the life of Sam Fisher between the games 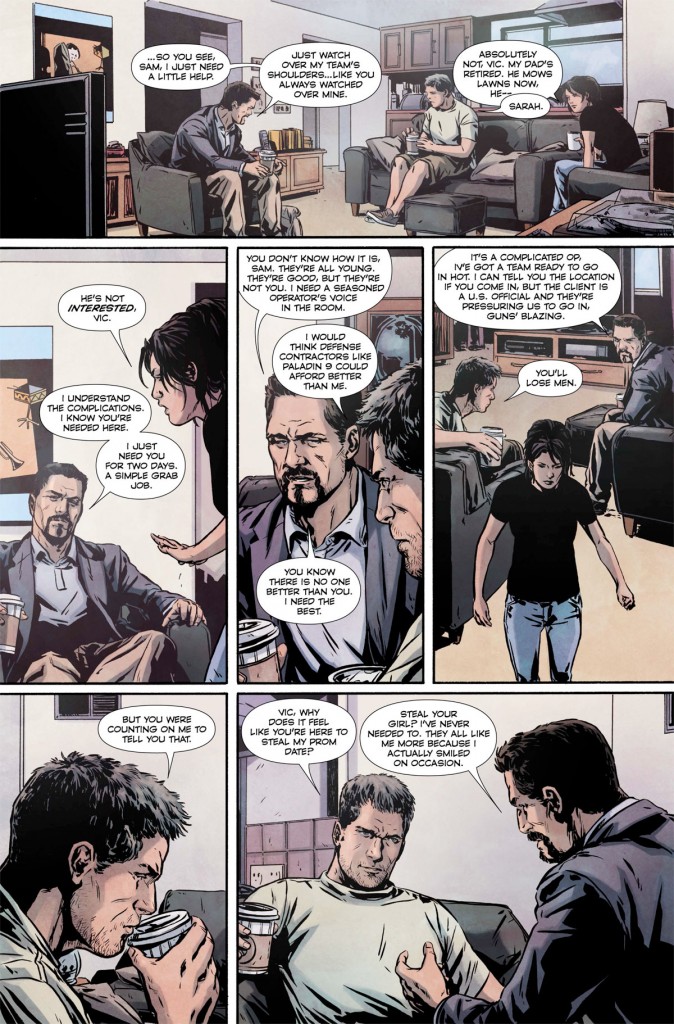 With Echoes, Edmonson will also introduce a few familiar faces from Fisher's past as well as characters from the upcoming Blacklist, including Charlie Cole who fans will see at the beginning of the upcoming game. According to Edmonson, Echoes will not lead directly into Blacklist, however, with his only constraint being to "end the book in a way that allows Blacklist to come after it."

"One of the areas where we did have a lot of back and forth was in talking about Sam's voice and Sam's mentality. We may have some familiarity with the character but we're coming into a group that devotes their 9-to-5 or 8-to-7 or 24-hour day existence at work every day in the head of this character. Nobody knows Sam Fisher better than the team at Ubisoft Toronto. We definitely had a lot of dialogue with them that helped us understand who Sam is and why he is the way he is."

Splinter Cell: Echoes will only be available in the Splinter Cell Blacklist Collector's Edition, available for pre-order now on PS3, Xbox 360 and Windows PC.