Opinion: The world of World of Warcraft is doomed, but new worlds needn't be

Share All sharing options for: Opinion: The world of World of Warcraft is doomed, but new worlds needn't be

When the world of Azeroth blinks out of existence, it'll likely take thousands of its inhabitants with it, and very much against their will. Azeroth is the fictional setting of Blizzard's World of Warcraft, long the most successful online role-playing game on the market and one of the few that's still supported by paid subscriptions rather than in-game sales or advertisements. World of Warcraft has been hemorrhaging subscribers all year, and as Dean Takahashi reported at VentureBeat, Blizzard is looking for ways to recoup those losses.

That turnabout should remind us of just how odd money can make the metaphysics of a massively multiplayer online game. To its players, Azeroth is more than just a commercial backdrop for fantasy role-playing campaigns. It's also a communal space with a rudimentary society and culture they've helped shape over time. For the most heavily involved users, that investment of time, money and personality can end up being quite substantial. Yet the fate of their hobby rests in someone else's hands.

Azeroth is a reality that runs on money

That's because, like most persistent online worlds, Azeroth is a reality that runs on money. Subscriptions pay not only for the creative teams that craft expansions and campaigns (like the recent Mists of Pandaria), but also for the basic infrastructure that keeps the entire world accessible to its millions of inhabitants. Blizzard might be content to break even for a while, but it would be financially unsound for the company to charitably preserve Azeroth once cost begins to outstrip revenue.

In that sense, while Azeroth's economy may function as a pseudo-feudal free market, the world itself survives on a kind of economic collectivism. If enough people pull out, the loss will unravel the very fabric of that world. It would be as though a stock market crash had not only collapsed the economy, but also vaporized the planet. 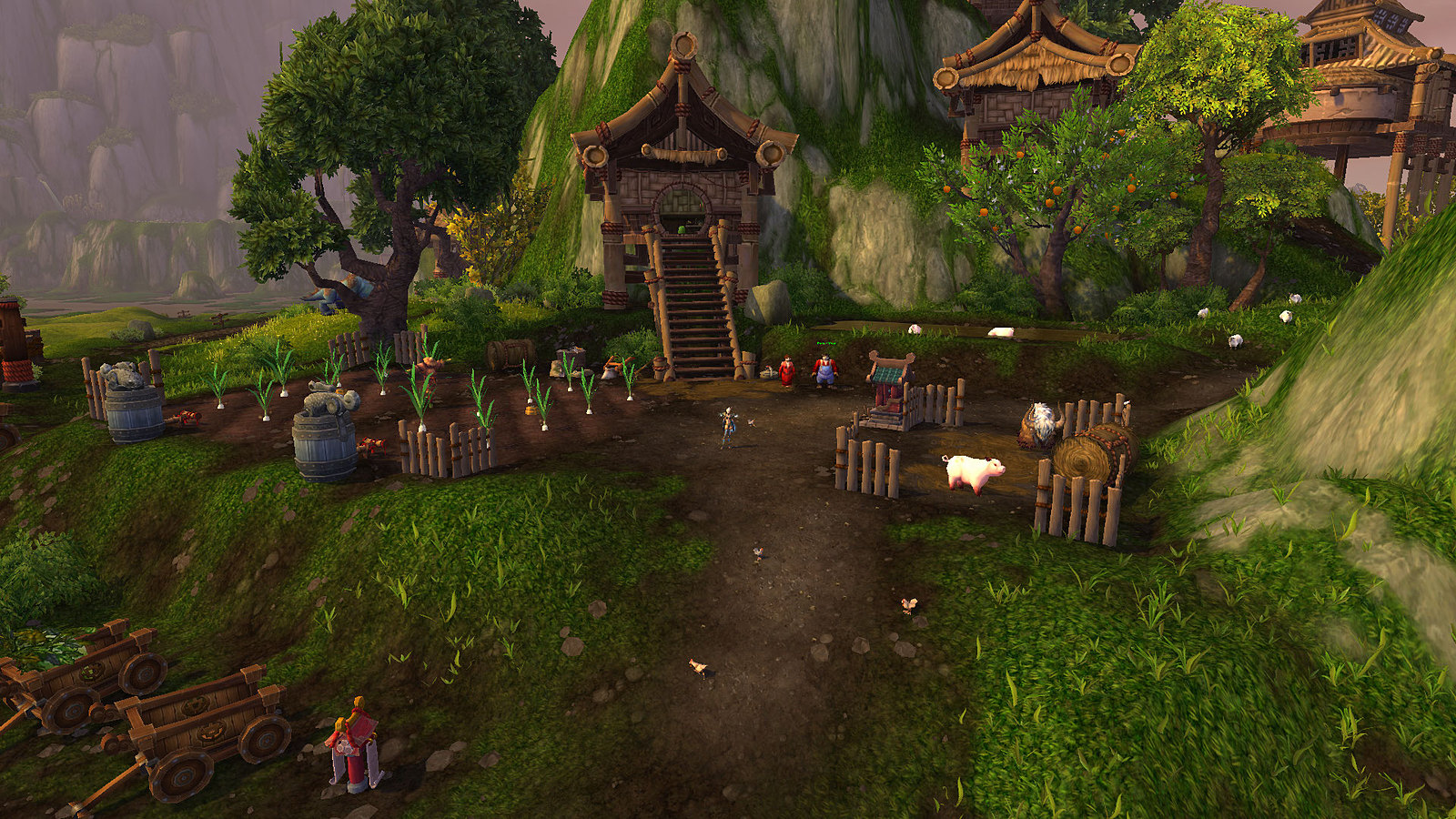 For the first time since World of Warcraft's launch, the financial trend tilts undeniably in that direction. In the first half of this year, Blizzard has lost 1.9 million subscribers. If Azeroth were a real world, that depopulation — nearly a fifth of its total in-game inhabitants — would be cataclysmic.

Switching to a freemium or free-to-play model may help stave off impending disaster, but only by allowing some players to carry more of the burden for meeting those goals. The result would be a shift in financial strategy, from driving up a population of paying customers, to attracting enough affluent players to offset the freeloaders. To provide substantially the same experience, though, the year-to-year bottom line would have to remain mostly unchanged. If in-game consumers don't spend roughly as much on extras as everyone together would have paid in subscription fees, then the fate of Azeroth will be just as precarious as it was before.

If Azeroth were a real world, the depopulation would be cataclysmic

In either case, the underlying dilemma — that of a shared world held hostage to a system that justifies its persistence only by meeting ongoing financial goals — would remain. Providing real persistence requires one of two circumstances. Either an online world must be successful enough to pay for itself perpetually (and if Blizzard can't manage that, who can?), or it must be built on a system that doesn't stake persistence on meeting annual financial goals.

As it happens, there's a recent example of the latter approach, though you'd be forgiven for not recognizing it as an alternative. After all, World of Warcraft is a massively multiplayer online role-playing game, or MMORPG, while the Animal Crossing games have generally been regarded as cutesy, pared-down versions of life simulators like The Sims. The latest in the Animal Crossing franchise, New Leaf, offers little in the way of overt conflict, much less combat. The closest it comes to the sort of guild-based adventuring common in Warcraft is allowing the player to serve as mayor.

When it comes to sustaining a persistent world, though, the more important distinction between the two is a matter of decentralization. World of Warcraft players access Azeroth by logging into corporate-owned servers, which makes Blizzard ultimately responsible for hosting every in-game interaction. Nintendo's ongoing involvement in New Leaf is minuscule by comparison. The virtual towns where that game's players roam are packaged with the game itself, and any changes players make are stored on the player's own 3DS. So while Azeroth exists only at Blizzard's pleasure, a careful player can, at least in principle, maintain their own pocket of Animal Crossing reality for as long as hardware exists to play it.

On its own, that's nothing special. What makes Animal Crossing: New Leaf stand out is the variety of options it provides for connecting to the towns crafted by other players. The most flexible is online play, facilitated by Nintendo's own network. Technically, the process is the same as connecting to other players in, say, Mario Kart, but because each town has been personalized by its player, the aggregate effect is the emergence of a kind of patchwork world. Compared to Azeroth, it's a world with severe limitations: Regions are highly compartmentalized, travel between towns is essentially permission-based and the number of visitors allowed at any given time is restricted to four. Yet, because the Nintendo Network doesn't shoulder the cost of maintaining that world, there's less risk that the company will shut it down when active players fall below a certain threshold. Moreover, player-to-player connections are handled over the same network that provides multiplayer connections for other 3DS and Wii U games, so Nintendo has a vested interest in maintaining that network even after New Leaf ceases to be the hot new title.

That's a step toward building sustainable online worlds, but it still relies on a form of centralization. New Leaf actually gives its players more ownership over the connective tissue between towns. Players can visit one another's towns, even without a persistent global network, via local Wi-Fi. Using the 3DS's StreetPass function, players can view the homes of players within Wi-Fi range, picking up special in-game items in the process. QR codes allow them to pass in-game designs between devices. Entire copies of towns can be viewed as dreams on another player's device, letting them live a kind of slumberland afterlife even when the original is gone. In the last resort, players may take turns playing their own characters on the same device. Even if Nintendo were to pull out of the online market tomorrow, some form of multiplayer would remain available to players.

The sort of game afforded by those features can't really compare to the more expansive pleasures of a collectivist reality like Azeroth, but New Leaf does, at least, point to the possibilities of a decentralized world distributed between players. Were a studio to develop those possibilities in the context of an MMORPG, they'd posture themselves not as a fickle demiurge, willing to wipe away what they've created along with everything contributed by players, but rather as a benevolent Prometheus, bestowing upon us a toolset for crafting a shared world of our own. That world might not let you trek freely from one end of a continent to the other, and the logistics of player-to-player interaction may not allow for massive battles between armies of players, but the territory you've shaped will stand for as long as you care to play it.

L. Rhodes is an Atlanta-based writer, squandering a perfectly good philosophy degree by writing about video games. He occasionally writes about digital culture at Upstreamist.net and can be followed on Twitter @Upstreamism.