If Temple Run 2's leaping, swinging, ducking and spinning aren't fast enough for you already, sprinter Usain Bolt has been added as a downloadable playable character.

The Jamaican 100 meter and 200 meter word record holder appears in the game in his signature yellow and green national jersey. His character can "boost ahead at a record-breaking pace while activating the coin magnet at the same time," according to Temple Run 2's publisher Imangi Studios. 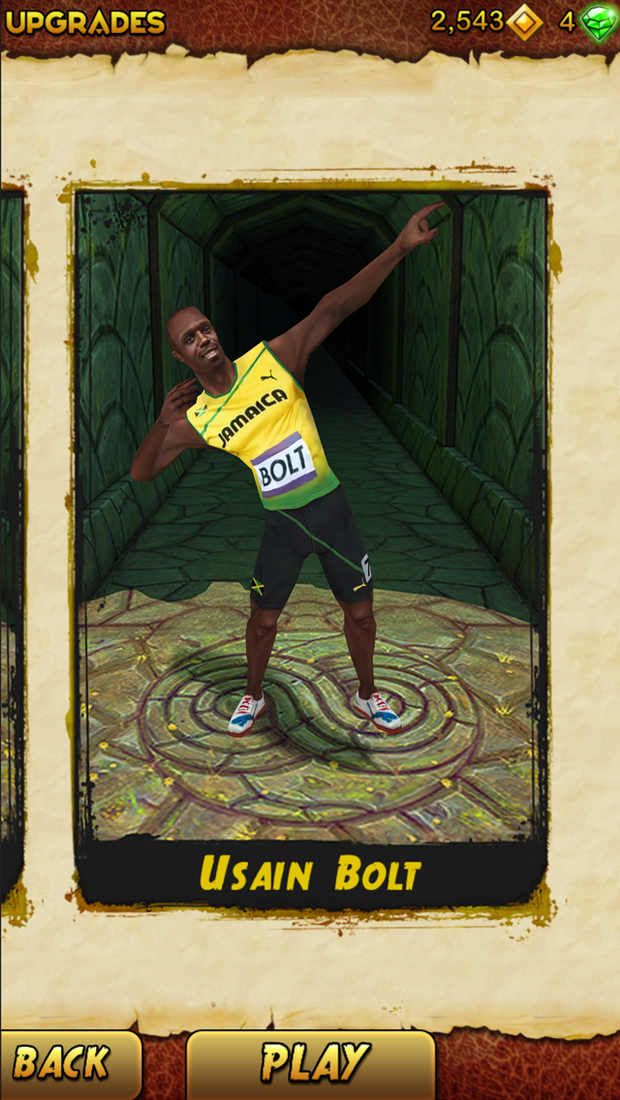 Temple Run and its sequel have been downloaded 500 million times since the game was first introduced in 2011. The free-to-play endless runner monetizes through in-game coins and character sales. Bolt's character costs $0.99.

"I am a big fan of Temple Run. I travel all over the world and travel time gives me lots of opportunity to play at airports or on car journeys," said Usain Bolt. "It's exciting to see myself represented within a game I already play."