The making of a MOBA champion

Share All sharing options for: The making of a MOBA champion

Riot Games announced its next League of Legends champion earlier last month. He's called Lucian, he's described as the hunter of the undead, and more significantly he's the game's first black playable character out of a roster of 114 possible heroes.

The design of this champion isn't the result of any political decisions within the design team but Riot producer Omar Kendall describes the process for coming up with new designs as an attempt to "challenge the preconceived notions of what's possible." 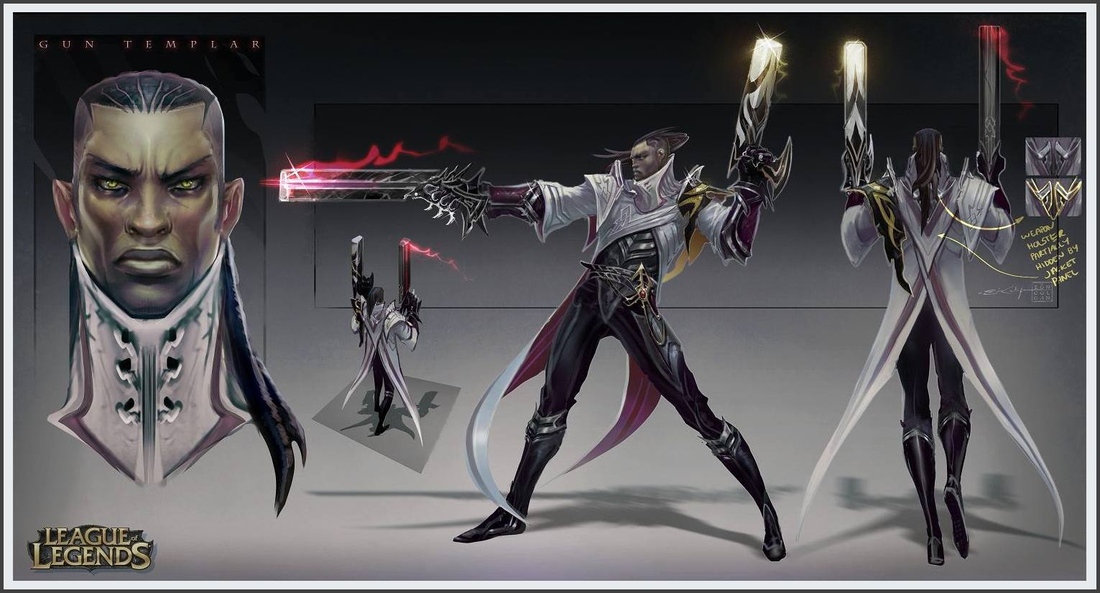 Riot changed the way they release new champions to meet that goal; in fact Lucian was the result of over a year's worth of re-designs before the studio finally made the official announcement, Kendall tells us. Riot, he says, isn't burdened with a particular number of characters to create per year, which gives designers more time to spend on individual designs.

"Our upcoming Champion, Lucian, didn't come together nearly so fast; we actually spent over a year iterating before we found the right design and the right group of people to work on him," said Kendall.

"We've responded to player concerns that suggested we were releasing Champions at too aggressive a pace by slowing our release cadence considerably. We're still in the process of figuring out the right number of Champions to release in a year, but with the overall slowing of new Champions, we've put more energy into creating Champions that have a significant impact on the way League of Legends is thought of and played."

'We've responded to player concerns that suggested we were releasing Champions at too aggressive a pace by slowing our release cadence considerably...'

The making of a MOBA champion is a particularly complex process, something that in turn is heavily collaborative, he tells Polygon. With the creation of Lucian that collaboration resulted in a "twin relic-wielding Marksman," says Kendall. According to Riot lore, he fought against creatures from the Shadow Isle and in his crusade lost his wife's soul to Thresh, the Chain Warden, during a "particularly horrific battle."

Great ideas, Kendall says, come from anywhere and not just from the dedicated Champion creators. But collaboration isn't a specific feature of Riot, however. This is a common factor within MOBA and ARTS design teams.

That design philosophy is in fact shared by S2 Games, the team behind MOBA releases Heroes of Newerth and the newly announced

S2 Games is in the process of developing a melee-based character for their newly announced game. Hale, as he's called, is "unique to our lore because, while Strife really does not have any 'bad guy' heroes, Hale fulfills the role of the anti-hero pretty well," S2 studio co-founder Jesse Hayes told us. "Variety is a big focus for us."

"We have a multi-pronged approach to hero design," Hayes explained "Inspiration comes from three separate areas. It comes from game lore, the game designers and the art team. I'd say it's split pretty evenly between those three." 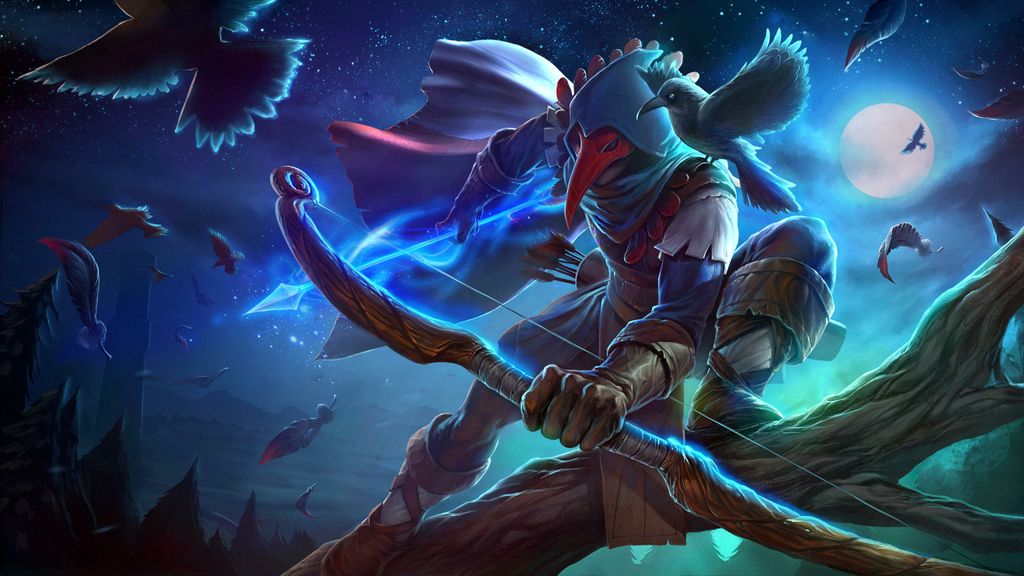 Both Riot Games and S2 differ in their methodology, but their ideology is similar.

Chad LaForce is the main creator of story lore for HoN, developing back-stories for characters as part of the early design steps of hero creation, says Hayes. Sometimes game designers will design abilities with particular visuals in mind that end up shaping the character design. Occasionally the designs are based on inside jokes.

S2 Games shoots for creating roughly three heroes every month, including gear sets and other art improvements. The production is straightforward, said Hayes, although occasionally an inspirational concept is harder to nail down. "Even though that is a pretty quick rate we think it's very important to get it right," Hayes tells us. "Quality over quantity. Also part of our design philosophy is less is more when it comes to learning curve, etc."

Comparatively, League of Legends takes a slightly less structured approach, according to Kendall, who says decisions come down to what the entire Riot team is the most enthusiastic about.

"Champion creation is a highly collaborative process that takes advantage of the shared enthusiasm for League of Legends here at Riot," he says. "Great ideas for new Champions can come from anywhere, and the Champion submission process is one to which all Rioters — not just the Champion team, not just game developers — are able to contribute." 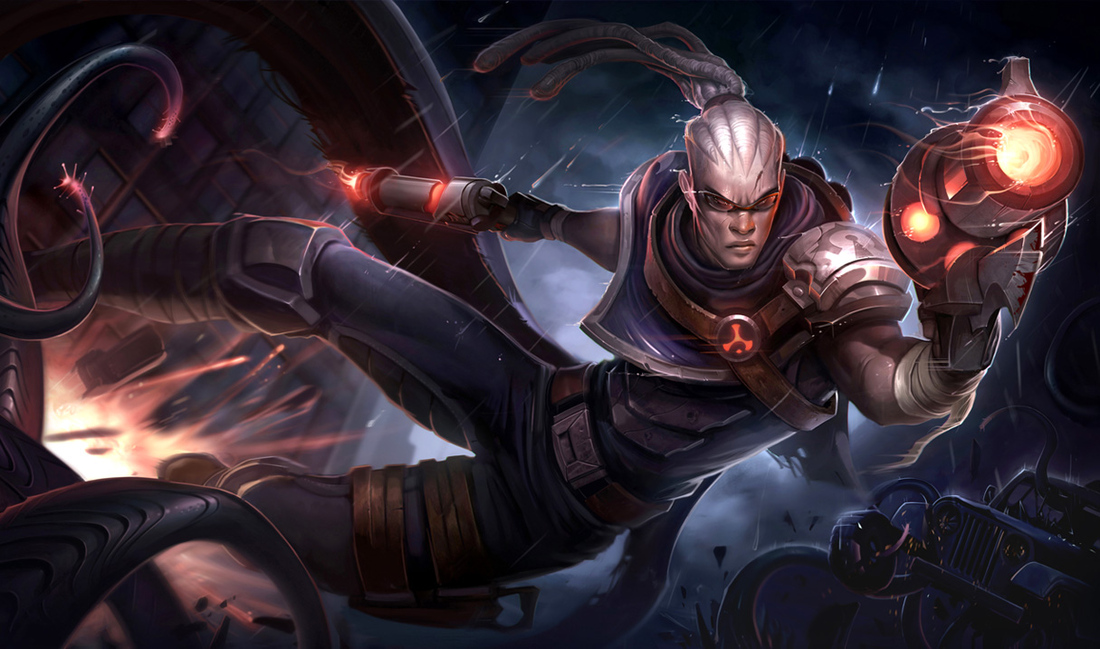 "Champion creation doesn't follow the kind of date-driven production timeline you might find in traditional videogame development. We treat each Champion uniquely, devoting whatever time necessary to successfully execute on a Champion concept. Sometimes this happens quickly — we've had some Champions see completion in the span of only a couple of months," he said.

'We actually spent over a year iterating before we found the right design [for Lucian]...'

"We embrace the challenge of taking a seemingly diverse set of Champion styles and making them feel right at home together," says Kendall. "This common thread that binds the Champions to one another despite their differences is what I think our players respond to so fanatically.

"What excites us about Champion creation today is what's always excited us — the ability to make Champions that excite our players, enrich our world, and push the boundaries of the game, challenging preconceived notions of what's possible."

League of Legends' Lucian will become playable soon, says Riot Games, while Strife is currently in development at S2 Games. Check out our recent in-depth look at Strife right here.