DuckTales: Remastered accomplishes a mighty feat, killing a small but cherished portion of my childhood in a matter of hours.

DuckTales on the NES holds a special place in the hearts of 1980s kids. Not only was the game a tie-in to a beloved cartoon series, but it felt tremendously well-crafted, with much of the original Mega Man team from Capcom bringing its expertise to the project. The familiar characters, fantastic score and exploration-heavy gameplay came together to form one of the strongest and most memorable games on the platform.

Therefore, it made perfect sense why Capcom would want to revive it for an HD remake. But, like digging up a beloved pet years after its death, DuckTales hasn't aged well at all.

DuckTales: Remastered fleshes out a story that was mostly relegated to the NES game's instruction booklet. Scrooge McDuck's quest is established by fully-voiced cutscenes courtesy of most of the cartoon's original voice actors. The gist is still simple: the feathered billionaire likes treasure and decides to travel the globe to find even more of it. Each level is peppered with cutscenes, adding color and explanation to otherwise nonsensical scenarios. 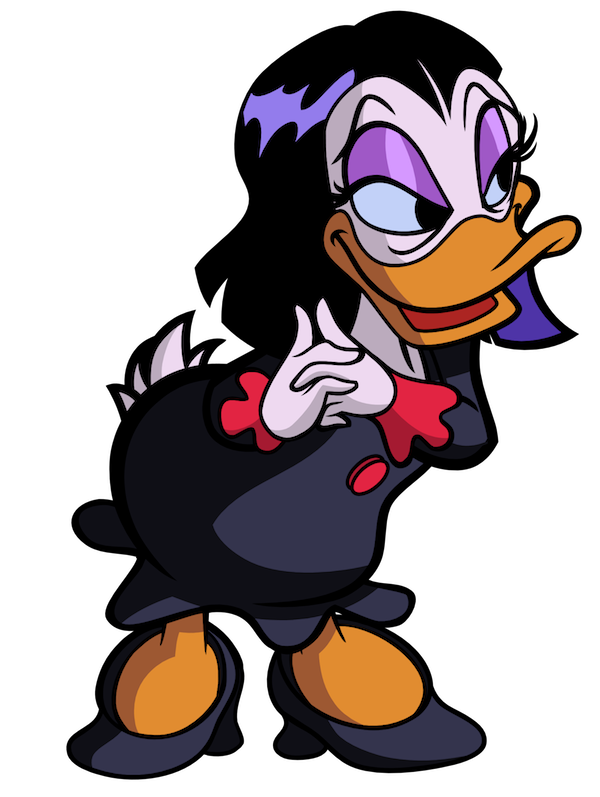 These cutscenes make each level feel like its own episode of the cartoon series. But the dialog, while true to the tone of the original series, frequently attempts humor that falls flat. Early on, one a character gets hit on the head by a giant mallet, to which he responds, "Now that's what I call a stomach ache!" McDuck proceeds to correct him, saying that, in truth, it should be his head that hurts.

This is the level of humor that persists throughout. The writing doesn't attempt to cross the age gap. Instead, the jokes in DuckTales: Remastered seem meant just for the eight-and-under set. 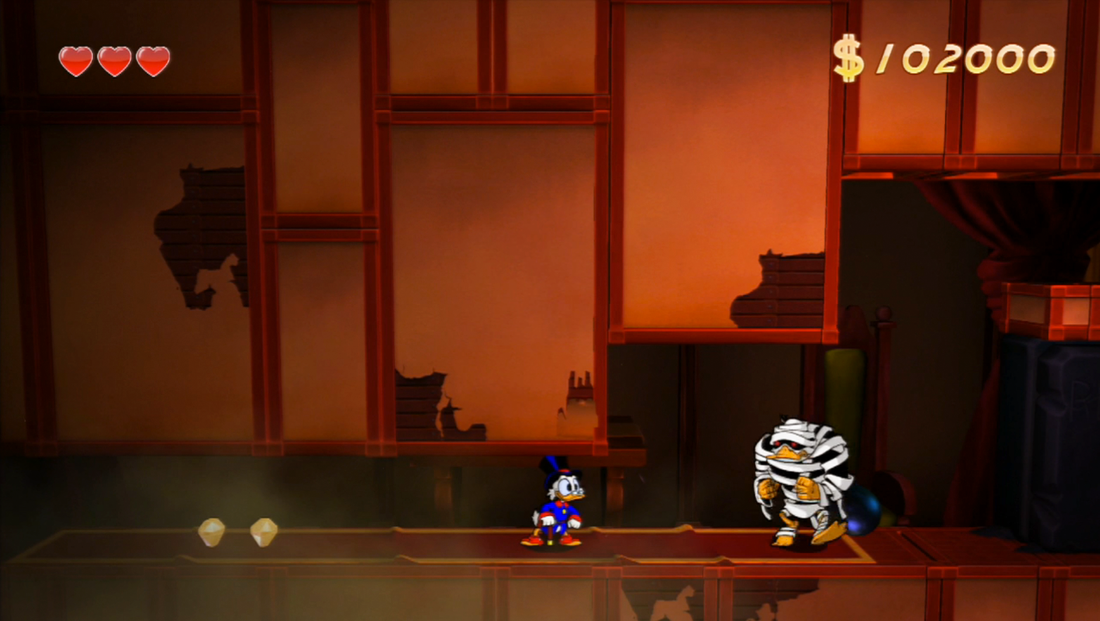 The updates to Ducktales: Remastered's art and animation have gotten much more love. The hand-drawn frames used for the characters and enemies looks fantastic. Fans will note that all of the artwork is based off of the show, with details recreated exactly, right down to Scrooge's spats. Cute animation touches also add plenty of charm. Upon getting eaten by a duck-sized pirana plant, Scrooge will stick out the top, ramming the plant with the end of his cane. Or, when hitting a solid object with his patented golf swing, he'll rattle from the vibration, sending a blast of feathers out. But once you get past the presentation to the raw gameplay, things go downhill.

"Once you get past the presentation, things go downhill"

DuckTales: Remastered's controls are imprecise, stiff and unresponsive. Scrooge's pogo stick bounce is unreliable - it often stops midway through a bounce, leading to damage from enemies. Other times Scrooge can also unexpectedly stop bouncing on parts of ledges that shouldn't be an issue. This frequently leads to death due to mistimed jumps that never come.

Frustrating, unfair deaths are especially brutal on the game's Normal difficulty setting, where each and every life is precious and losing three of them will send you back to the very beginning of the stage you're on. With each stage taking about 30 minutes to complete, this can be a bone-crushing setback. The game's Easy setting, on the other hand, goes too far in the other direction, giving you unlimited lives and double health, making the game no challenge at all.

As it happens, these issues plagued the NES version as well. Remastered stays true to the source material, but it does nothing to improve the enjoyment of the game. Even when I wasn't fighting with the controls, DuckTales is starkly dull to play. Enemies are rarely more complex than "walk back and forth until someone jumps on my head," and reappear instantly if you backtrack two feet and return to the same spot. The NES version was forced to employ such cheap difficulty modifiers due to memory constraints, but there's no reason to bring these elements back in the remake.

If WayForward and Capcom's end goal was to recreate DuckTales while modernizing the presentation, they've accomplished just that. But other modern updates to classic NES titles have found more accessible, appealing ground, paying homage while improving the weaknesses of the source material. Instead, DuckTales Remastered is full of miserably dull and frustrating mechanics behind its updated presentation — and no visual overhaul can hide that.